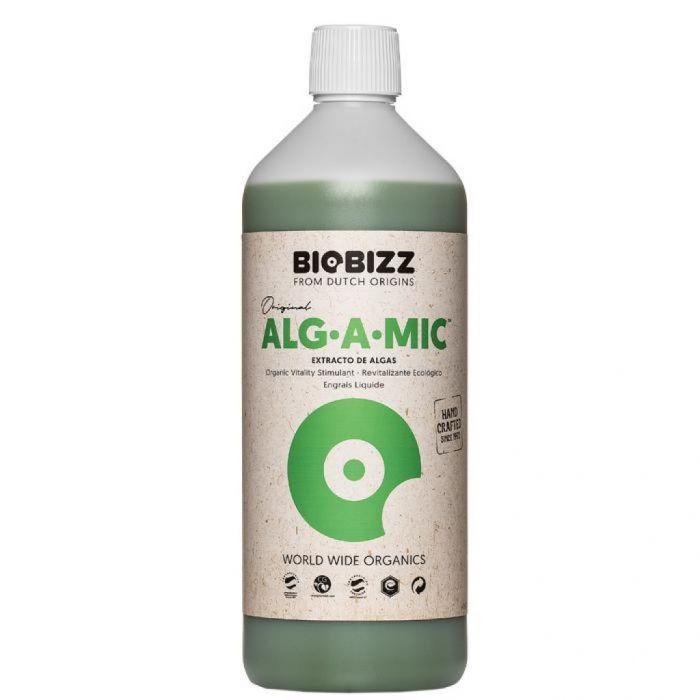 We have had some very positive reports about this green seaweed extract in bonsai use. Very popular in 'recreational herb' circles. For any plant growing in an open airy soil mix Alg-A-Mic will give a significant health boost without adding excess N.P.K.

Alg-A-Mic is an organic additive, stimulant, and vitality booster for plants that utilises the benefits of cold-pressed seaweed concentrate. The high-quality seaweed formula contains a healthy mix of micronutrients, vitamins, amino acids, and beneficial hormones derived from vegetables.

Alg-A-Mic is made of 100% organic seaweed concentrate, which is concentrated using cold-pressing techniques instead of chemical solvents. It is rich in trace elements, vitamins, amino acids and micro-nutrients – a reason why seaweed has been used for centuries by farmers and gardeners.

Alg-A-Mic can be used as an organic stress reliever and to boost the absorption of chlorophyll. It works well at reducing the impact on your plants from common stress factors such as overfeeding, nutrient deficiencies, pests and diseases, and excess fluctuations in temperature.

The use of high-quality seaweed based products has been shown to have many beneficial effects on plants, which include:

We would advise applying Alg-A-Mic two or three times a month once active growth begins in spring until leaf fall in autumn.