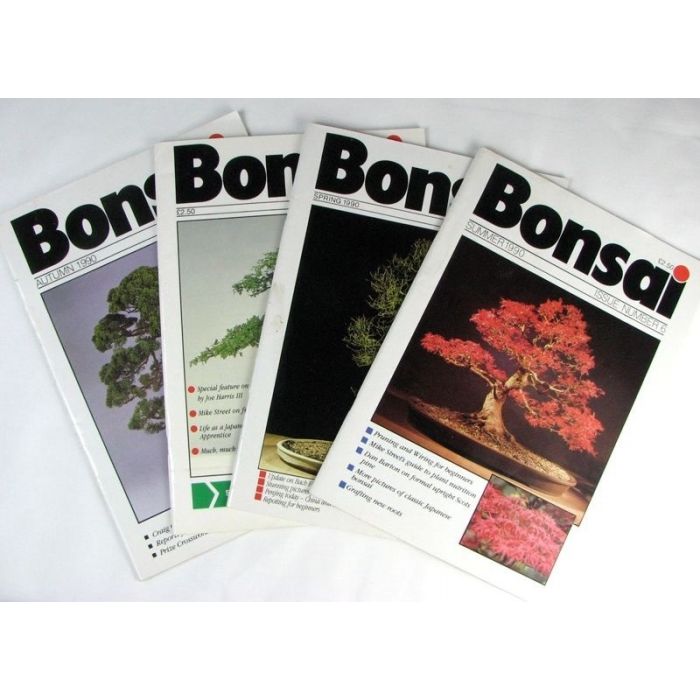 Bonsai Magazine Early Issues in Binders
The current bonsai magazine, Bonsai Focus has evolved from a magazine simply titled Bonsai, started in England by Colin Lewis in the late eighties. Here we have a full set of early magazine issues. Pretty much charts the history of British bonsai and it's characters from the late eighties until 2001.
Starting at issue 1 Bonsai magazine through to issue 48 WITH THE EXCEPTION OF ISSUE 2. A total of 47 magazines in good condition.