The Reports of my Demise are Greatly Exaggerated.

* The reports of my demise are greatly exaggerated.

I have now been involved in this bonsai lark longer that not. My dad was retired four years when he was my age. Here I am working harder than ever. Whilst I have been around bonsai for the larger portion of my life now I am socially challenged, lubberly, stolid and particularly uncomfortable around other folk. Being a clod-hopper from the wetlands of deepest Norfolk I missed the social graces class at school, too busy pulling beet in the fields don’t you know. As a result I have tended to keep myself to myself. I have few friends (those I have are GOOD friends) and I rarely leave home. Beyond writing this drivel I prefer not exposing myself in public. There are enough big headed personages out there today without me adding to the melee. Nobody needs that. As a result I feel I have had little influence over the progression of bonsai in the world beyond supplying a lot of kit to people (several £ millions to date) and I am absolutely fine with that.

Being the way I am seems to discombobulate a lot of folk. I do do strange things at times, we Norfolk folk are a rum bunch. Sadly due to stereotypes perpetuated by the media and some very funny comedians being “country” has become synonymous with being dumber than a bag of hammers. You’ll have to make up your own mind about that, however one thing I do know and have quoted here often courtesy of Edgar Allan Poe is…

“Believe nothing you hear, and only one half that you see.”

I have been around the bonsai community long enough now that I rigidly adhere to this axiom. Rumours abound, bad information based on hearsay and conjecture, malicious gossip, one-upmanship, I could go on……. However it was fascinating recently  to hear from a customer that Kaizen Bonsai was shutting up shop. NEWS indeed, especially seeing as it didn’t come from me and I own the whole shebang, lock stock and the whole barrel of monkeys. So, where did this game of Chinese whispers start? What’s going on?

Earlier this year I did put out there that Kaizen Bonsai would be selling less plants and carrying less bonsai tree stock. So, thanks to the rumour mill I now need to clarify. I am reducing our stock of bonsai trees and yamadori. We were carrying up to 3000 trees and for a single old fat bloke that was just too much to look after seeing as we are close to fulfilling 10,000 orders a year now and there are only three of us working here. My holding of trees has gone from just under a million pounds to about a quarter million mostly good quality and exceptional bonsai and yamadori. If that appears to be shutting up shop it’s time to get those bumps felt.

On another subject I have heard from multiple sources that the soil products we use in bonsai will be in short supply after Brexit. That’s also a crock! Whilst it may not be as easy or cheap to buy products from mainland European suppliers post exit as it is today there is no reason why aggregate products will not continue to move. For the many products we buy from non EU countries absolutely NOTHING will change.

The whole Covid situation has hampered the movement of goods from all corners. The primary reason being the unprecedented demand took us all by surprise, goods sold out so fast that many existing stocks were exhausted. That meant the root producers could not manufacture goods fast enough and waiting lists grew.

Inbound transport has been severely hampered by excess demand and reduced staffing levels at shippers, cargo handlers, delivery hubs, freight forwarders and the vast army of people that work to get stuff out there into the world. Also international air freight capacity pretty much disappeared overnight and costs trebled in days.

As much as I might look like a dumb country redneck one thing I do know is the bonsai business. Nobody has more interest in keeping it shiny side up than I do. To that end Kaizen Bonsai are currently carrying thirty odd tons of soil products in stock with the same amount again held ready for call off at our suppliers and producers across this country and abroad. I have over two tons of wire, ten tons of ceramic pots, half a ton of plastics and over a ton of bonsai tools. We have seven tons of fertilisers, five tons of cardboard boxes, ten thousand empty bottles and cartons and a hundred grand in carving tools. As long as I draw a gasping breath the British bonsai community will not have to go without.

So, to propagate the mis-quoted words of Mark Twain –

* ‘The reports of my demise are greatly exaggerated.’

Get a grip folks, we are here to stay, please don’t believe the rumours! 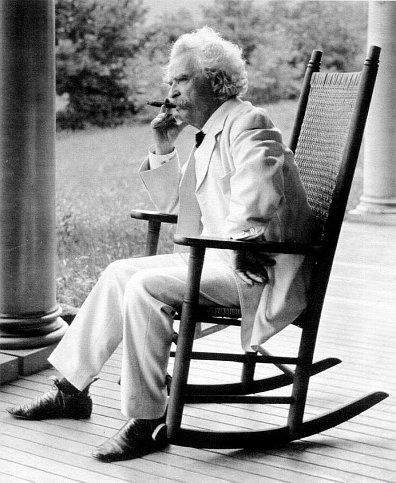 The reports of my demise are greatly exaggerated.

The actual quote from Mark Twain in response to a newspaper article….