Firstly let me take the opportunity to wish everyone a happy and prosperous 2018. I know it’s a bit late but I have good reason. If you stop by here regularly you will know that our only holiday throughout the year is the Christmas week. I generally treat myself to a skip and spend the week grafting my ass off. This year though Christmas holidays came early and with some rather unexpected and unwelcome consequences.

The last couple of days before the holiday were quiet as we stopped shipping parcels and so I thought it would be a good opportunity to get ahead of the game. I moved here ten years ago and we constructed a bench out of waste pallets as a temporary measure which has been falling apart ever since. Now was the time and so with two absolutely awful dark drizzly days in prospect I decided to jump in. 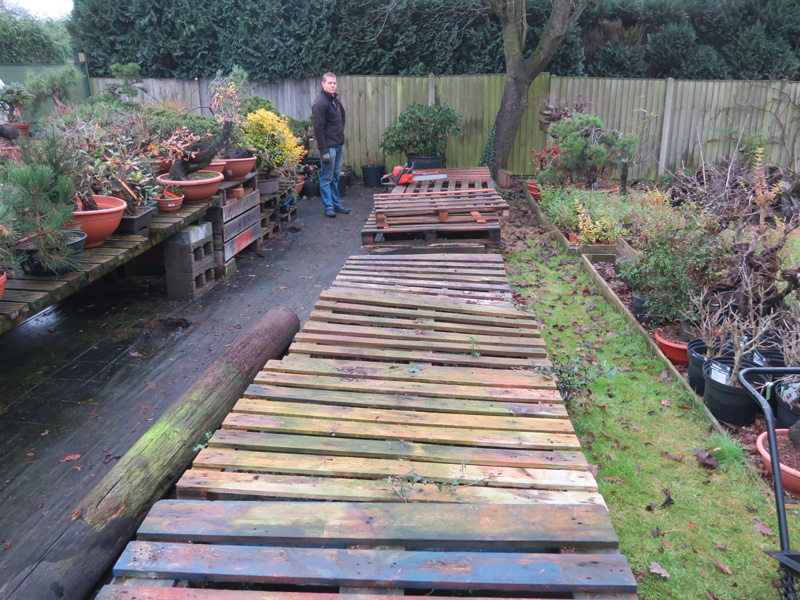 Once we cleared all the rotten crap away we had to dismantle an overhead cover frame work we no longer used. This I built from telegraph poles and 6×2″s. It all came down nicely and the crap was cleared away but then we had to get those poles out of the ground. I figured out a way to pull them up but not to the full 3′ that was buried so I just man-handled them the rest of the way, should have done this in summer when they were not full of water! Still with everything laying on the lawn it looked like we had Eddie Hall over training at Fingal’s Fingers. 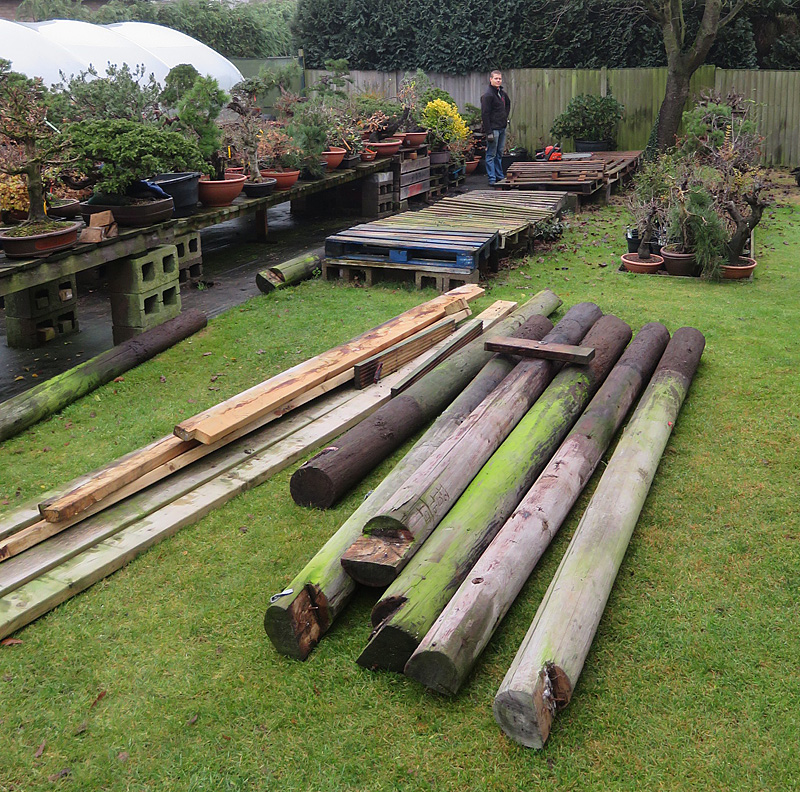 Ramon busted his hump over the two days leaving me to finish off on the Saturday which I did, that rescued all of the Christmas week for me or, so I thought. Simple, a little expensive but should last longer than I will. We are on a slope so levelling up benches is important. 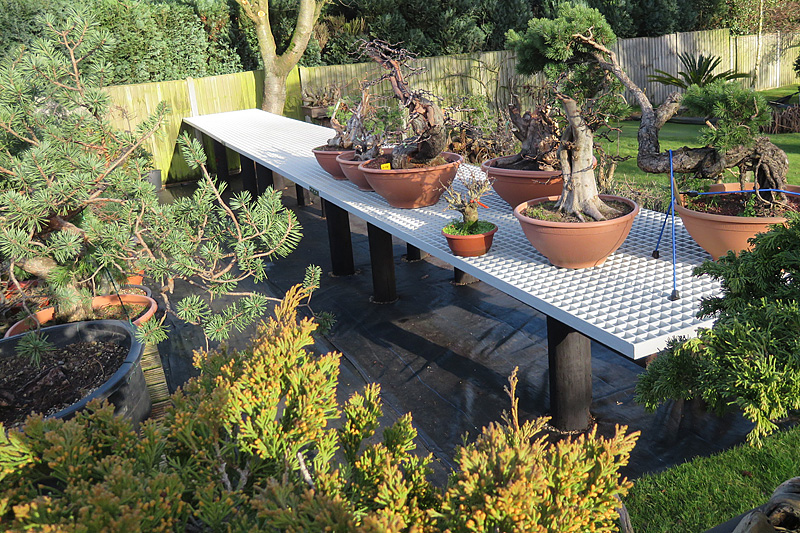 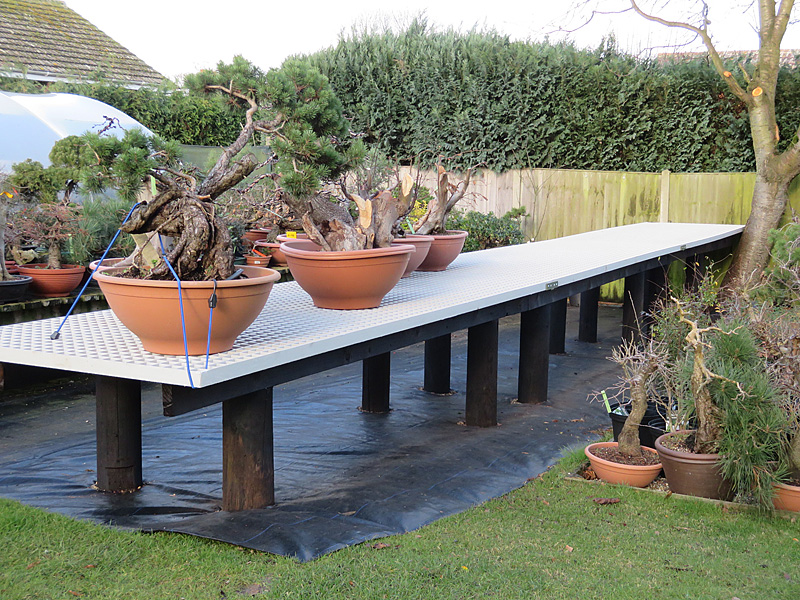 Sunday morning I felt a little worse for wear but carried on regardless. Christmas day the whole family turned up and Sarah cooked a meal fit for a king. Trouble is I was in a bad way and barely managed to stay upright long enough to eat anything. Then, come Boxing day morning it became evident that something had gone very seriously wrong. I know pain, the list of examples I could share would leave you wide mouthed and in hysterics if you share my cruel outlook. One time I broke both arms at once, the right one folded up and snapped completely. What made it worse was the face plant I completed on the road after I got back on my bike to ride home (as my right arm concertinaed up). The police found me in a bus shelter passed out. However this time the pain was worse. For all the world i thought I had ripped my own buttock off, the pain in my right side and leg was simply inconceivable and I was ABSOLUTELY unable to to move even a single inch. All the pain killers in the local Tesco store did nothing and so mid morning Catherine was forced to call out an ambulance since I could not move, there were no doctors available and 111 left us hanging. In a few minutes a couple of wonderful young fellas arrived and eventually (another shocking story) got me something very strong to take the edge off.

I spent 9 days unable to move and screaming the house down every time I tried to move. New years eve I passed out four times trying to get up. Now I am up and about a bit, no thanks to my doctor, and the NHS physio’ I have still not been able to see (nothing until February). The tales I can tell leave me heartbroken regards the state of my once proud nation. I really do not want to go into the details of all this further, it’s a supremely painful memory in every respect. However my absolute life saver has been a local osteopath who has been an angel. The laymans explanation was that I crushed the right side of my body (carrying telegraph poles on my shoulder). That resulted in everything going into spasm and squished all the nerves in my arse, leg and lower back. Time to loose some weight and get back to pumping iron again, unless I am broken in half i’m not giving in yet, FUCK PAIN!

I’m up and about a bit now and started lifting, which I have been threatening to get back to all year, just a shame i was a bit too late. Sorry if you have been trying to get a hold of me but I was occupied. I have to offer a sincere and tearful thanks to Catherine who has been more than an angel through all this and has been carrying the business these last couple of weeks (and 500 parcels). I have been doing my best, here is an oak I did in the midst of my suffering. 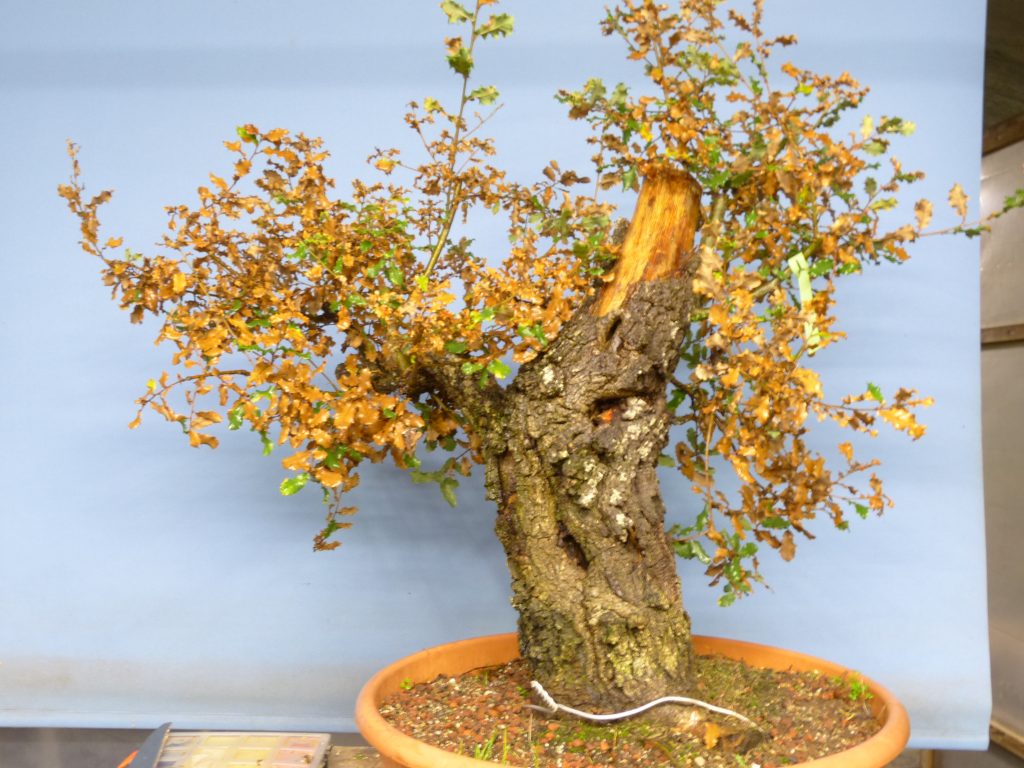 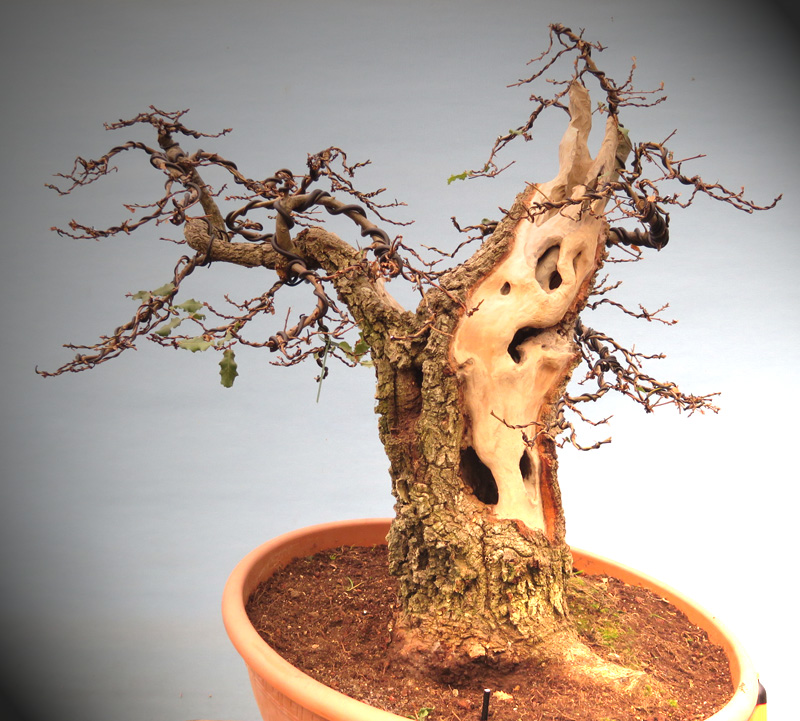