I get a lot of folk sending me kind messages about how ‘gifted’ I am with bonsai. Whilst I appreciate the support and kind sentiment I consider the idea of a talent or skill being a ‘gift’ as absolute bollocks. Just like everyone else I was born pissing my pants and unable to do anything other than grizzle. As life moved on I gained a few skills, I don’t pee my pants any more but I do still grizzle a lot. In the last 50 years I have been lucky enough to meet a lot of talented people and in every single instance I have found that before those folk were talented they were grafters. I have met folk that made a lot of money, they started out poor but figured out a few things along the way. I met a lot of artistic folk most of whom started scrawling stick men on the walls with massive crayons.

It has been said it takes 10,000 hours to truly master a skill. I would add the caveat that it’s possible to master a skill after that sort of time provided you are motivated and have a passion for the subject. I used to work with folk who had spent 30 years within the printing industry and most were totally incapable of falling over without help. To put 10,000 hours into perspective it amounts to 250 x 40 hour weeks or about 5 years working full time. A motivated person working at that rate is going to end up with a ‘gift’. Taking all that into consideration it’s plain to see how offensive it can be when one is complimented for having a ‘gift’. Also the term implies the skill is not available to just anyone. In my opinion that’s just a lame excuse for not achieving something in one’s life. As an example I tried for years to play guitar, I desperately wanted to play old acoustic blues. However after more than ten years of plonking about I had to be honest and admit it was all just a pipe dream and i was simply too lazy to put in the graft. I did however put the time into my bonsai work. I worked my fingers to the bone, spent every penny I had and then borrowed a boat load of money on top of that. I didn’t sleep a full night for ten years with the result I ended up in hospital with pneumonia and my lungs three quarters full of fluid. I even did a bonsai demonstration whilst suffering with chronic pneumonia. My family suffered and we still haven’t had a holiday since before my 21 year old daughter was born. There isn’t anything that has not suffered in my life because of bonsai but now we are reaping the rewards. So, if you would like a ‘gift’ it’s free but it sure ‘aint cheap.

This week I was thrilled to have my best buddy Stuart over for a day. The plan was to ‘have a go’ at a pine he picked up last year on one of our buying trips. As it turned out we both underestimated what was involved…. 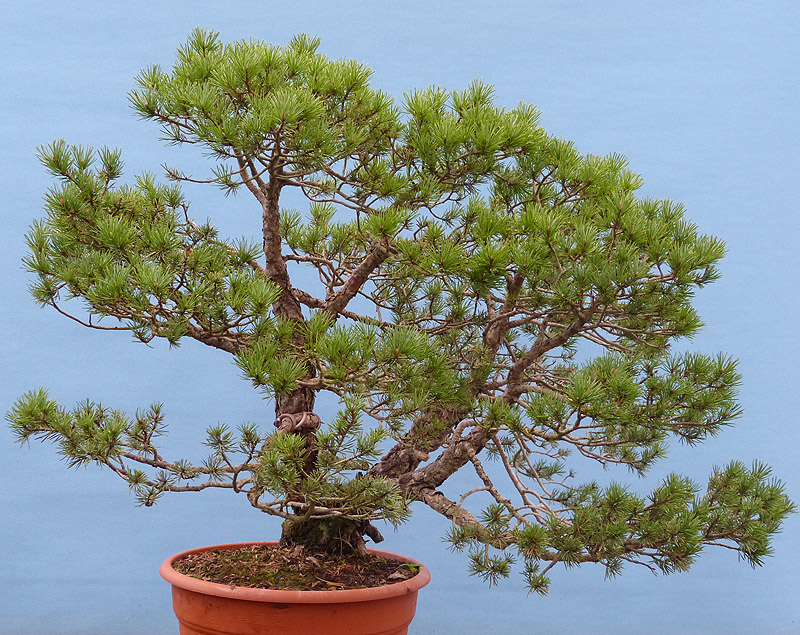 This scots pine was collected a couple of years ago and has done so well we figured out we could whip it into shape. Huhhhhh!

The tree looks simple, a three trunk clump, one base, three trunks and three tops. How hard can it be? Works every time. However in this case the main trunk had two tops and a whorl of branches in the wrong place and there were a whole host of other very awkward issues. Being a professional 😉 I didn’t let on my concerns, just cut off some stuff we didn’t need and set Stuart to wiring. However it was obvious from the start this was going to be a monster of a wiring job, the tree just has soooo much ramification. Rammon was busy so there really was no choice but to dig in and get on. The two of us cracked on and eight hours later all was finished, ‘all’ I had to do was place the branches. Easier said that done, the opportunities to look like a twit were, frankly endless. 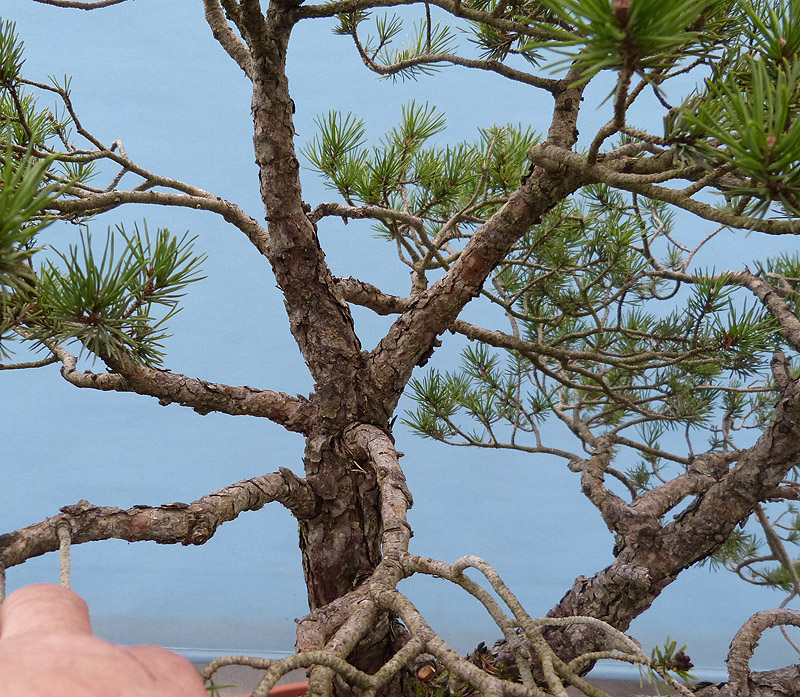 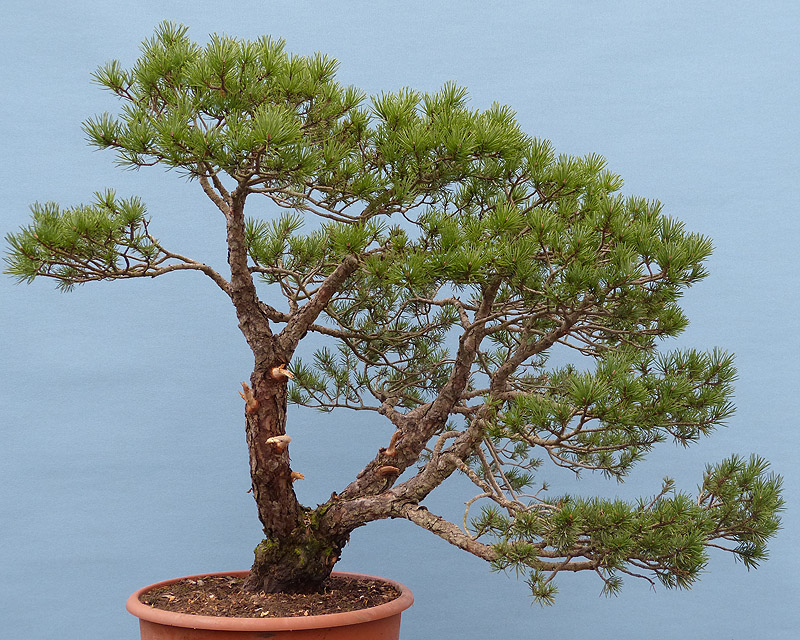 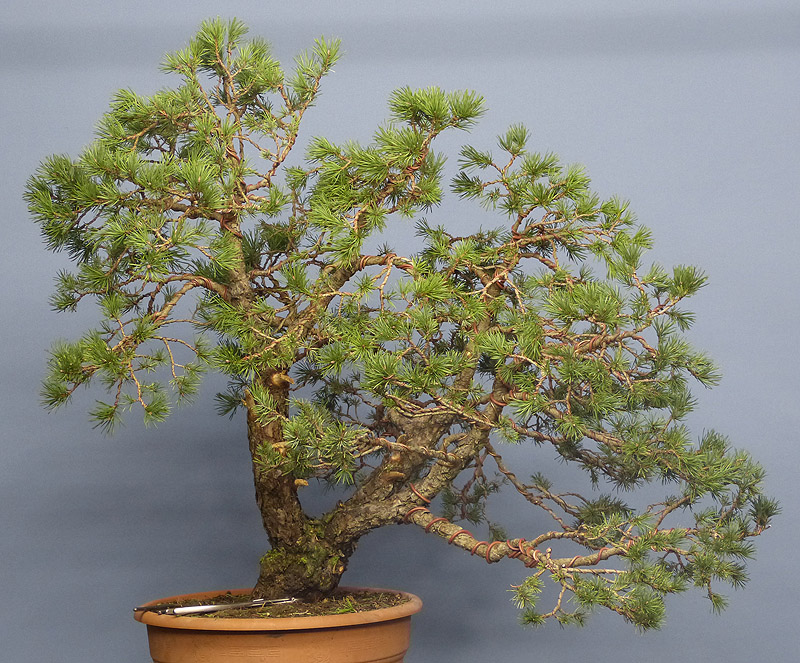 Making something look easy is really hard and this has to be the most difficult tree I have styled this year. Tying all the elements together took me over three hours and sadly the pictures do not come close to doing the tree justice. The image has flattened the tree and it’s not possible to see the depth and perspective or the relationship between the trees three tops. Still for a first work it’s not so bad. How can something so simple be so hard? A nice tree, two chumpsters and 24 hours of hard graft just to get started. The moral of the story is if you want to have good bonsai you may have to dig deep to achieve your dreams. 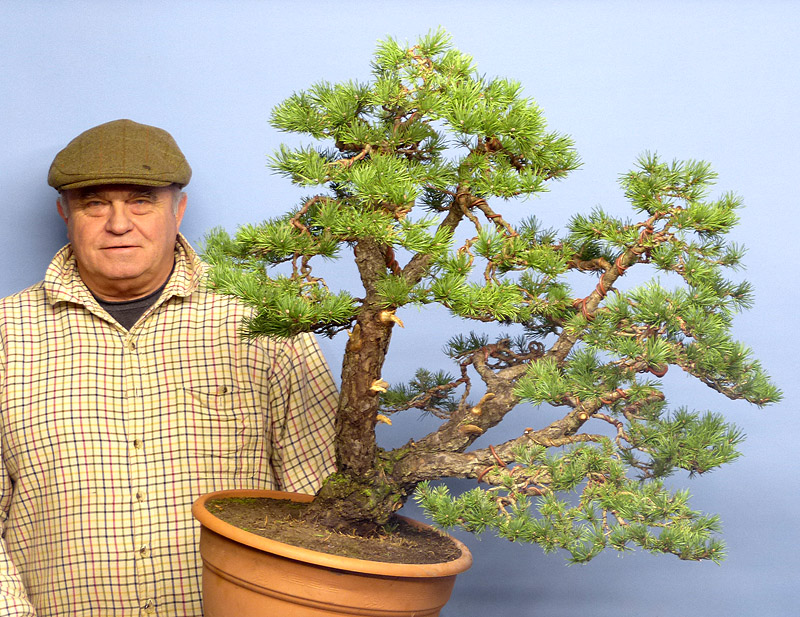 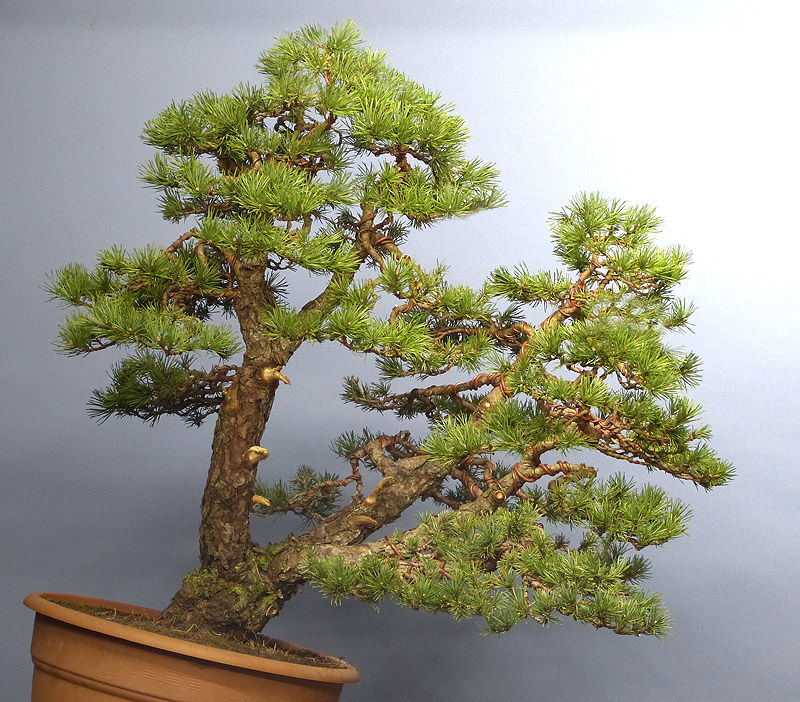 General
There’s More to Life Than Bonsai, But Not Much More.
Thank God That’s All Over.