It’s been 25 years now since I started my journey into bonsai. It was a number of factors that conspired together in order to push me this way. I come from a long line of gardeners. My grand parents held a guest house in the 1950s and all their produce came from their own market garden. On the other side of the family my grandfather worked an allotment into his late eighties or early nineties. Some form of gardening was in my genes for sure. My earliest memories revolve around plants, greenhouses and dirt, which I always seem to be covered in.

As a kid I remember helping my dad fix his old Ford, great memories of a father and son. In 1976 he won a new car in a “spot the ball” competition and so all that stopped. I hated that new car with a vengeance, it kind of took my dad away. From that day on I do not remember such cool times with my dad. There are more important things in life than money and nice possessions. Not to say my dad wasn’t  a great dad because he was, he busted his hump every day to give his family the very best he could. But, as a kid all I wanted was my dad and me to do stuff together, I couldn’t care less about having a nice car a nice house or lots of cool stuff. However one thing I did bring out of those early days was a love of motors. Bikes in particular. I don’t remember my dad having bikes but apparently as a tender newborn I got a ride home from the hospital in the sidecar of his old Triumph. I’m told I never slept more soundly than when I was laying next to that thundering old engine.

As a younger man (16+) my life revolved around a succession of motorbikes and later large, big engined cars. I was always building something special and wheeling and dealing to pay for it all. My wife of the time loved every minute of it too and we traveled the country showing cars, buying stuff and having the time of our lives. However that came to a swift end in my late twenties. A new house bought a big mortgage and a year or three later our daughter was born, with only one meagre wage our life came to a screeching halt.

Our new house had a koi pond and having always been an enthusiastic fish keeper we kept it and added another interest to my life that I could ill afford. However you can’t be around koi ponds for long before you bump into bonsai and my wife suggested one or two bonsai would look good around the pond and bought me my first trees as you can see below. Sadly I lost Tina when our daughter was just 18 months old and so she never went on to see what she started. At the time bonsai was a cheap hobby (compared to motors) I could make do with in straightened circumstances. But, the combination of gardening genes, mechanical dexterity and a lack of funding proved to be a potent mix.

If you do not have any money or, if you do not have access to what you need in order to fulfil your dreams, there is only one way to proceed, make what you need from what you have got. A friend I had at the time put it quite eloquently “use what you have to get what you want”. This was before the advent of the internet and so I only had crap books of the time to work from. I have never been a quitter and if I can’t get what I want I AM prepared to die trying. I have literally ended up in hospital on more than one occasion following this modus operandi. I produced some pretty awful work back then and killed more than a few trees along the way but that’s the price of an education. Always remember…..

I have absolutely no comprehension of why, with the resources available today, we do not see more talented bonsai artists or creators. I can only guess that……

A. Most people do not go outside enough.

Day to-day I deal with people who are SURPRISED that bonsai need to be watered. They don’t even know which end goes in the soil.

B. Folk are conditioned to believe in ‘celebrity’ and expect to have a ‘gift’ for something in order to be good at it. Doing great is something only ‘special’ people enjoy.

BOLLOCKS! The harder you work the more gifted you become. Failure is an integral part of success.

So, 25 years later here I am with 3000 bonsai and three people working for me all hours God sends. I have worked all those years 7 days a week honing my skills to the best of my ability and putting together a half decent bunch of stuff. My daughter turned 21 this year and the last time I had a holiday she wasn’t even thought of. My family has made a LOT of sacrifices in order to get to where we are now but, thanks to you all I can now give a little back to them. Sarah drives here dream car from the fifties and Catherine gets to live in a house she loves. We still don’t do holidays but I do at least get an occasional weekend to myself now, when I can play with my motors. Life has gone full circle.

Having been immersed in bonsai to the exclusion of ALL else for so long is not unlike living with a black bin bag over your head. Sometimes it’s hard to see clearly. I was recently walking around the nursery and wondering why there is never enough space. We even have trees sitting in our drive way. Then, suddenly it happened, just like the clouds parted and the sun shone through, what addicts call a moment of clarity. I realised I have too many trees. Duhh! I know we are now a commercial concern and so we do need a lot of trees to sell but “I” have too many trees.

I quickly went and got the pad upon which I determine the course of my life along with its calculator. I walked around and made a list of all the trees I have in the nursery that have never been offered for sale. All those special bits I have been lucky enough to gather and hang on to. Plants I know are very special, unique or have extraordinary character along with all those that have special meaning to me. Half an hour later I had a list of 50 trees. I had been pretty ruthless to come to that number too. The real number may be closer to 75!

One thing I do have though is enough experience to understand that even with another life time and some staff I can’t produce and maintain that many top quality bonsai trees. Once I put my calculator over the list it became plain that without selling all of them I could pay off our mortgage, at what I paid for them! Following a little self intervention I have made a promise to everyone around here that we have to begin moving some of my own stuff. SO if you have deep pockets and not a little skill under your belt keep an eye on our New Products page. There are some VERY nice plants coming, some world-class bonsai and raw material and much of it will be at prices close to what I paid. Stay tuned….. 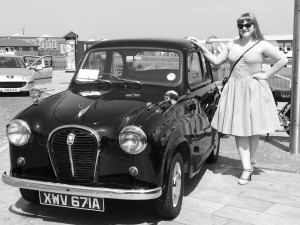 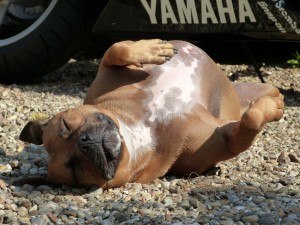 I want a dogs life! Aint got a thing and couldn’t give a s**t. 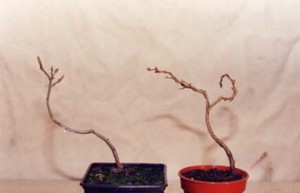 General
Is That Even Possible – Bonsai by Graham Potter – New Video!
Banish Bonsai Problems for Good.