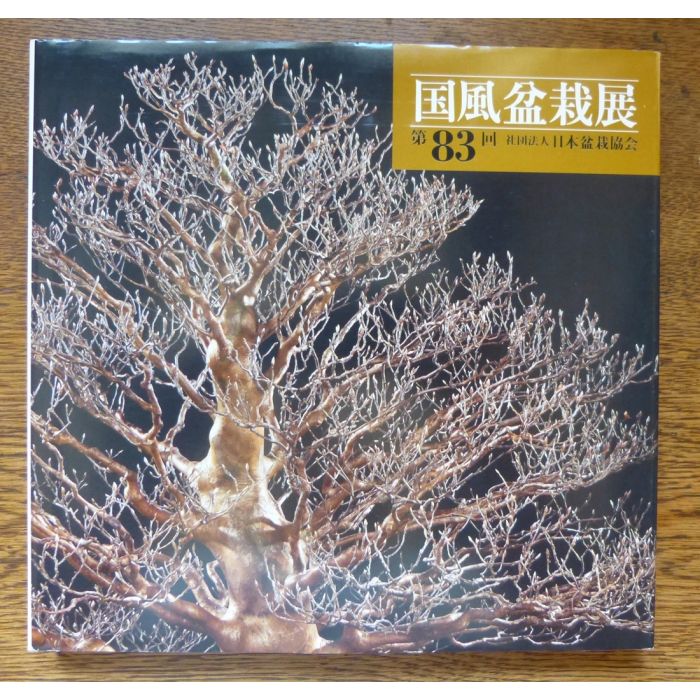 The annual Kokufu bonsai exhibition is considered to be premier event on the bonsai calendar.

Each year an album of the exhibition is published and every single bonsai enthusiast should own at least one of these beautiful commemarative books. The inspiration contained within the books pages is priceless.

Edition no 83 2009 still in it's presentation box with only light marking to the dust jacket the book is in extremely good condition.

Previously owned. Only one available.

First held at the Tokyo Metropolitan Art Museum in 1934 with the aim of improving bonsai art and developing traditional Japanese culture, the "Kokufu Bonsai Exhibition" has a history of more than 80 years. On display at the venue are the prized creations of selected bonsai enthusiasts. And after rigorous examination of such factors as beauty and condition, the most outstanding works are presented with the Kokufu Award. The oldest and the largest bonsai exhibition in Japan, it is widely known at home and abroad as the place to see the best bonsai in the world.