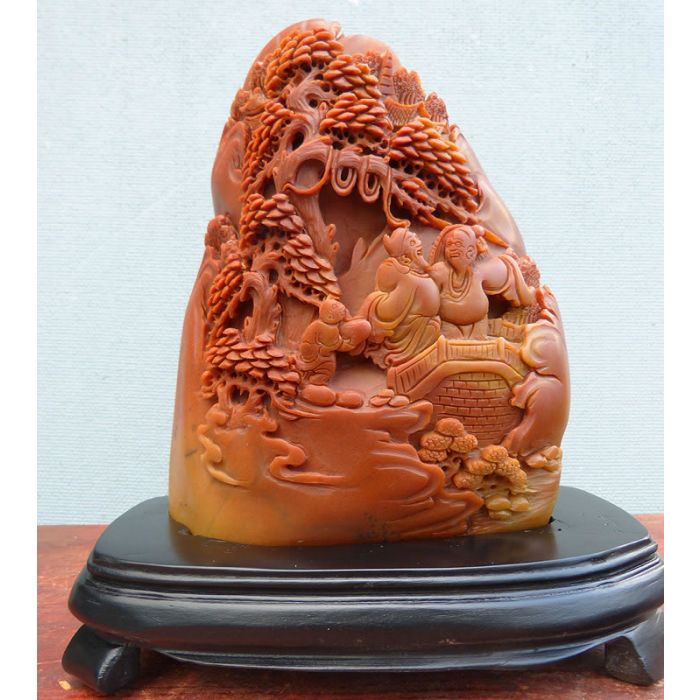 Shoushan stone carving is a Chinese art originating in Fujian Province in Eastern China. The stones used in carving are also known as agalmatolite and are mined in the Shoushan village in northern Fujian. Use of the stone for carving can be traced back as far as the Southern Dynasties (AD420 to 589) and have long been used to produce handicrafts and later on in the Ming Dynasty, seals. With a soft, smooth surface and rich colours, Shoushan stone is an ideal material for carving and is known as "the top grade-coloured stone for carving." It is characterised by exquisite smoothness, softness, and cohesion. Shoushan stone is made up of lava and the minerals around it which are gradually re-congealed into a coloured crystalline ore. Comparing favourably with jade, it far exceeds jade in colour. Shoushan stone is the best and most valuable of all the various coloured stones in China. There are around one hundred kinds of Shoushan stone. The most precious kind, Tianhuang stone, is more valuable than gold and enjoys a reputation as "the king of stones." It is said that 50 grams of Tianhuang stone is equal to 150g of gold.