Please be aware we are NOT currently shipping to EU countries or NI. Normal service should be resumed in due course.
Menu
Account 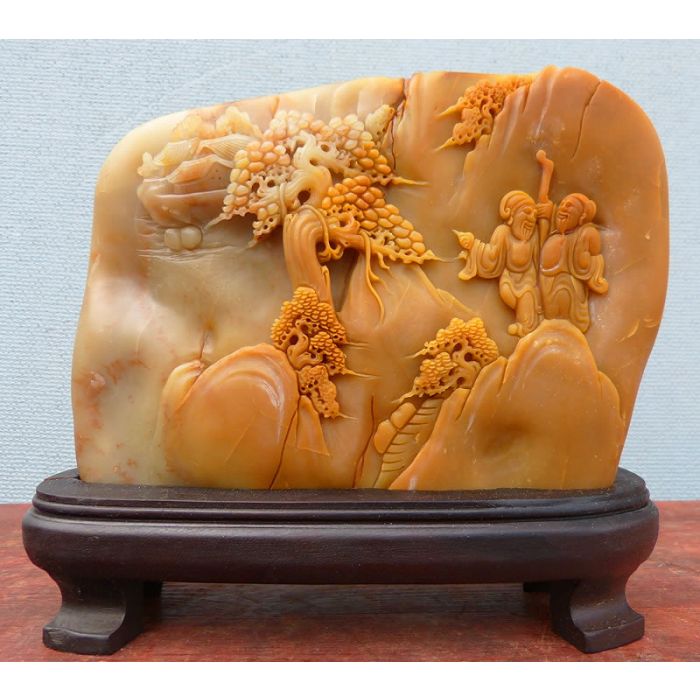 Shoushan stone carving is a Chinese art originating in Fujian Province in Eastern China. The stones used in carving are also known as agalmatolite and are mined in the Shoushan village in northern Fujian. Use of the stone for carving can be traced back as far as the Southern Dynasties (AD420 to 589) and have long been used to produce handicrafts and later on in the Ming Dynasty, seals.