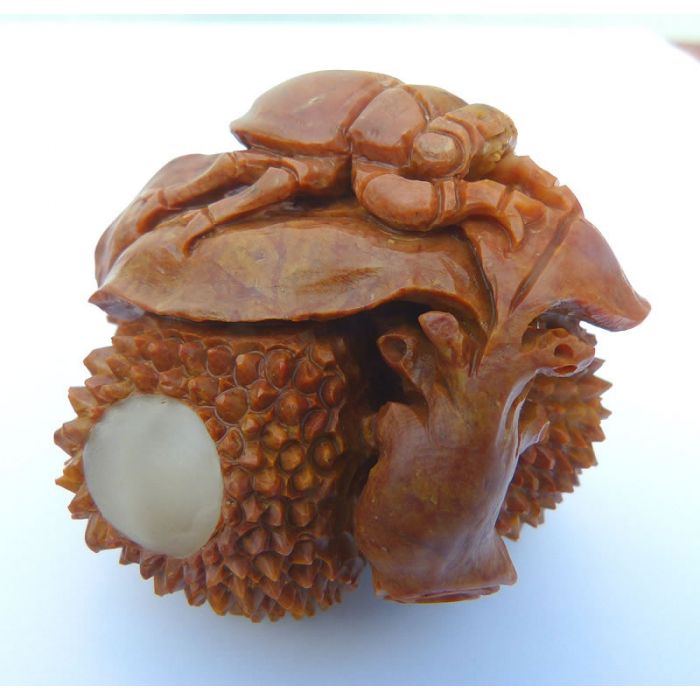 Skip to the beginning of the images gallery
Details
Shoushan stone carving is a Chinese art originating in Fujian Province in Eastern China. The stones used in carving are also known as agalmatolite and are mined in the Shoushan village in northern Fujian. Use of the stone for carving can be traced back as far as the Southern Dynasties (AD420 to 589) and have long been used to produce handicrafts and later on in the Ming Dynasty, seals.

The unique style of Shoushan stone-carving had split into two genres by the Qing Dynasty. One genre specialises in three dimensional carving of figures, landscapes and animals, and the other focuses on Boyi carving that emphasises poetic artistic conception. The various types of Shoushan stone-carving now include 3D, relief carving, openwork carving, hollowed-out carving, Boyi (shallow relief) carving and marquetry carving. The subjects range from human figures, animals and landscapes, to flowers and birds.

Top craftsmen are able to create wonderful images by utilising the natural contours and fine streaks of colours in the stone.