I’m on safe ground here when I say Bonsai is Littered With Contradiction. But then perhaps it’s not the trees fault and it’s not inherent in the programme. Nevertheless there are a lot of variables and those can throw us into confusion at times especially where an individual is not reclining upon the comfortable lounger of experience.

After thirty years mucking about with bonsai trees, and, as has often been remarked upon by those who know me, having a capacious gift for memory, at least as far as our beloved little trees are concerned. I am lucky enough to be able on occasions to see the bigger picture and take into account a lot of variables when considering a particular course of action or outcome.

I recently wrote about how I love to peel away the autumn colour of maples and other deciduous trees in order to reveal the fruits of my labours and a trees development over the preceding summer. That’s preferable for me over a bold display of colour. Littered With Contradiction or just impatient?

Having just spent ten days in abject agony with sciatica following a very stupid and self inflicted hip injury that ended up with me in hospital and subsequently incoherent on the highest strength pain killers available from Her Majesty’s health service. I have largely missed the best display of autumn colours there has been in our area in twenty years.

A couple of days ago at sunrise I managed to slip into my de-laced boots and still attired in my best nightwear placed a tentative step out onto the yard. Gingerly I stepped one cautious foot at a time and after some considerable effort and care arrived at the end of the garden where a spectacular sight greeted me. A display of coloured leaves the like of which our exposed east coast location rarely provides.

Almost every year late season foliage here is blackened and scorched by vicious north winds. However this year they held off and thanks to my incapacitation there were no fumbling fingers to meddle either. Despite an appalling summer, one of the worst I can remember for tree cultivation my lovely little trees have stuck a defiant middle finger up to the British weather right at the last and, following my traumatic recent experiences I joined right in with a lightened heart and mind.

Earlier in the year I wrote about defoliation in my interminable and loquacious manner. The subject that illustrated that article has now rewarded my efforts and created one of the best displays of colour I have enjoyed for many years.

Defoliation – What You Need To Know

One of the contradictions of this technique that certainly deceives many folk is the thought that it will weaken a tree and I have seen this expounded in several books. Whilst it may upset a poorly or weak tree and as I said in my previous diatribe it is not suitable for all species, in some instances the result is likely to be the opposite of what one might expect. All things being equal, and assuming one is sufficiently adroit to consider and exploit all the associated elements and factors the reverse is in fact true, it just might increase the strength and vigour of a plant. I dealt with that at great length in my previous post……

The Tale of Two Maples

So, having defoliated this Japanese maple, that I am in the process of restoring after several years of neglect in a commercial nursery, I am pleased to see that it still has a full head of leaves in November. That’s a full MONTH after all my non-defoliated maples dropped their leaves. Seeing as the last month has been utterly beautiful here means this tree is now much stronger, it will endure the winter better and grow stronger and with improved uniformity next spring. Notice how uniform the colour is top to bottom? It all arrived evenly and at the same moment which tells us a lot.

Whilst I am itching to remove those leaves now, in order to see how the summer development has progressed I will, on this occasion refrain and let nature take it’s course.

Having had a very traumatic couple of weeks which only a small number of you will appreciate I am very pleased to be largely pain free. I can see properly again and totter about my garden with only minor apprehension and I am seeing my bonsai trees and their surrounding big brothers in a fresh clear light the value of which I may have lost over the last and most dis-agreeable year.

Enjoy the season folks and be thankful for small mercies. 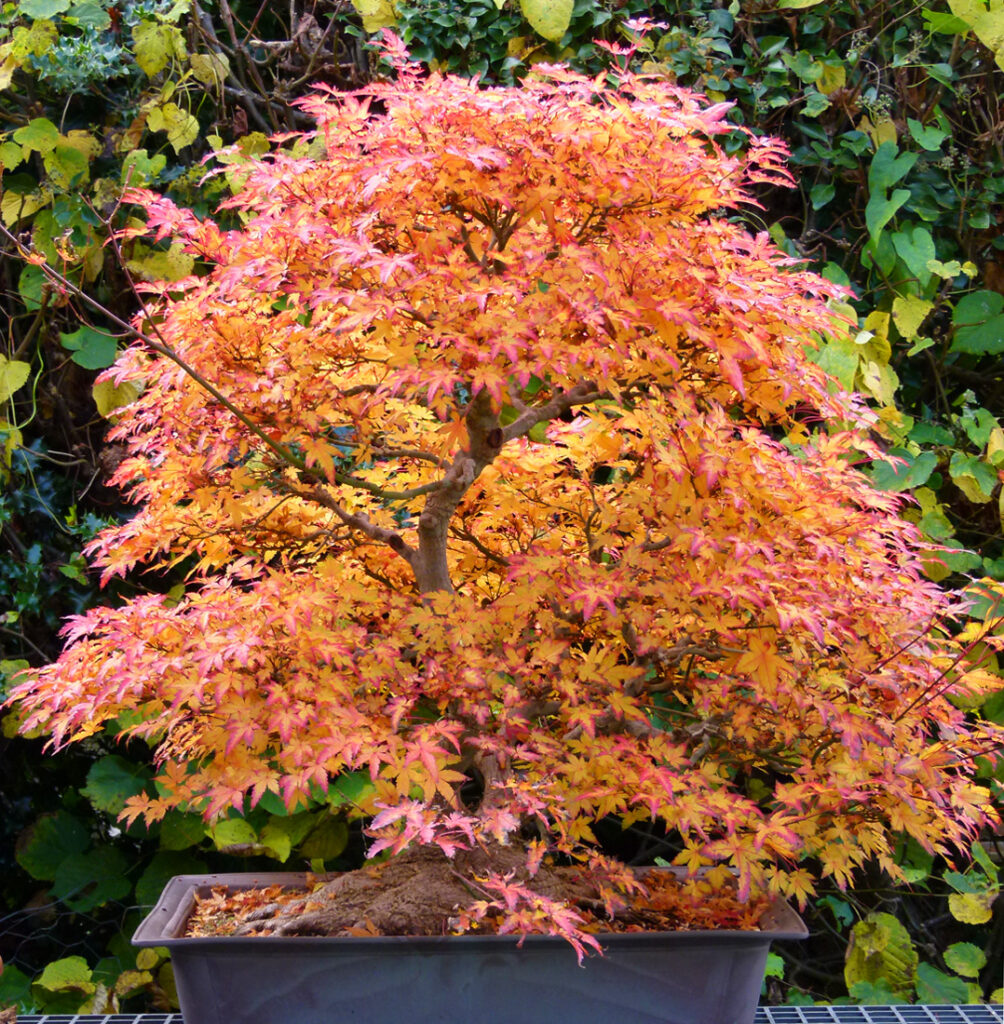 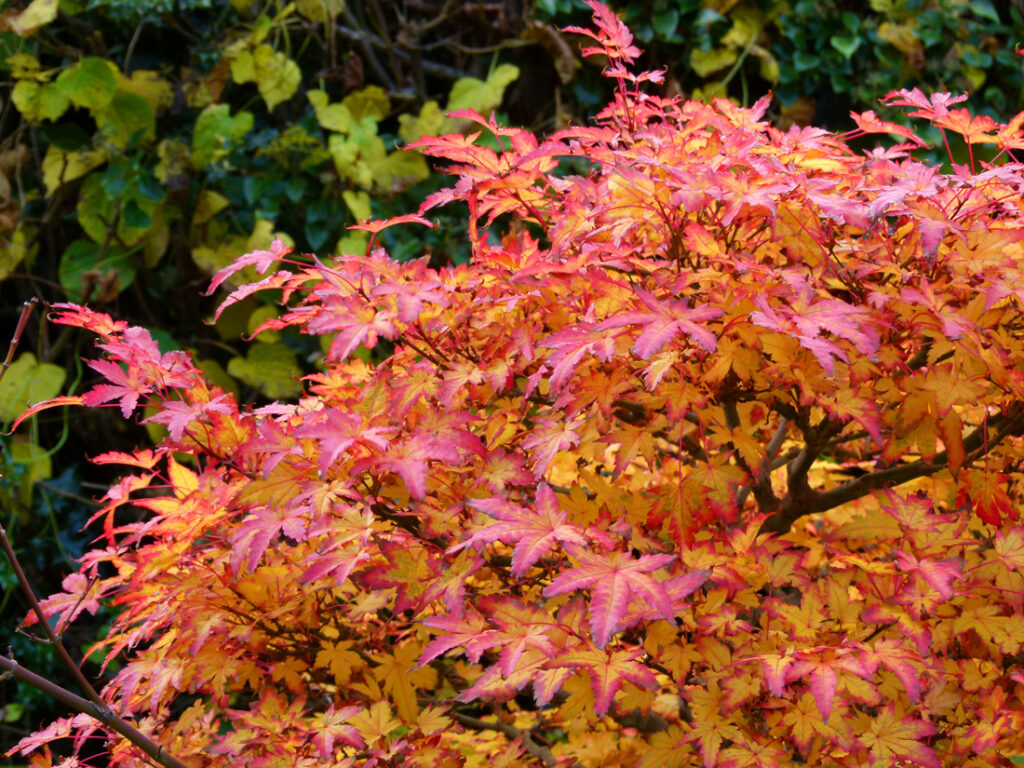 We almost never get to see a display of colour like this. 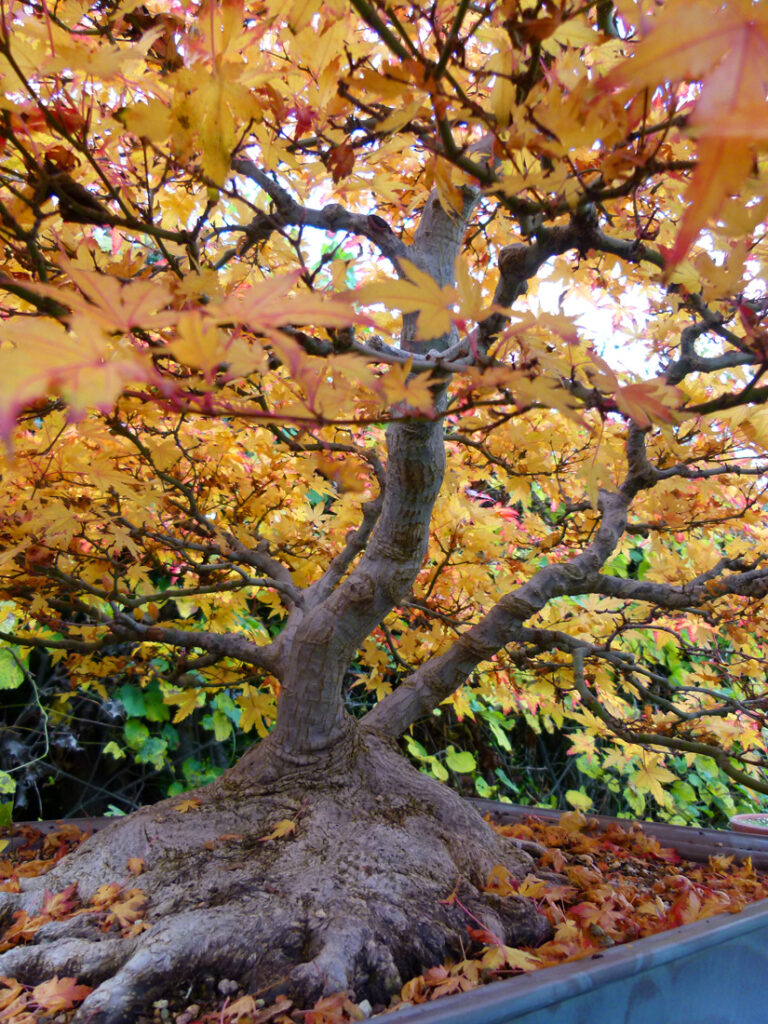 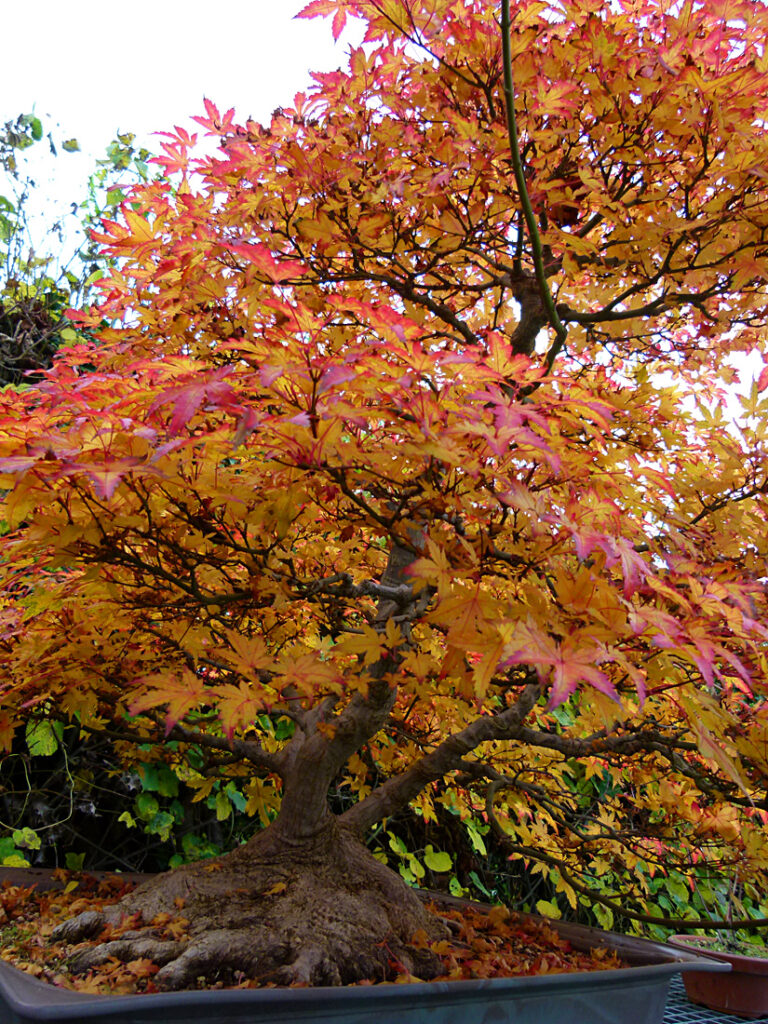 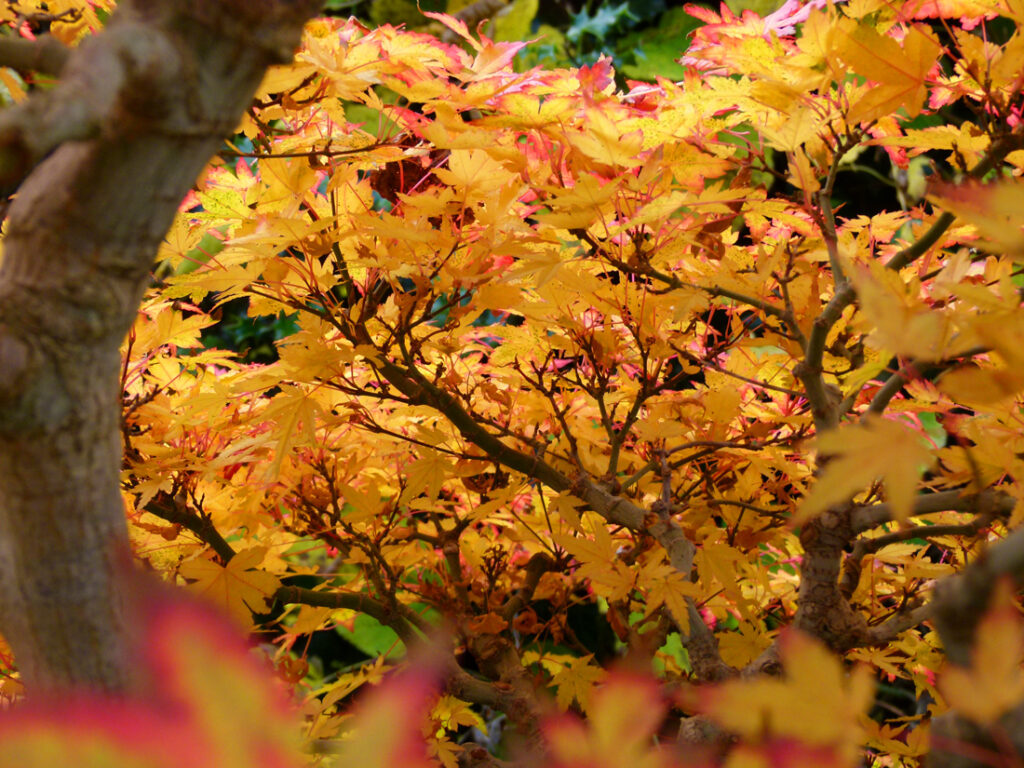