I Usually Got a Thick Ear

As a kid I was what might today politely be referred to as socially inept. I was in fact a socially retarded little twat with a penchant for getting in trouble and scant regard for anyone else. The truth is I have never understood other people, I just don’t get it. I simply do not understand human interaction no matter how hard I try, i’m a bull in a china shop, as those of you that know me well, know well,  subtlety is entirely lost on me. I think a couple of my school teachers got it because after a stern word was ignored I usually got a thick ear which typically did the trick and amused everyone else to boot.

Apart from a tiny handful of mates I have largely spent my life within a tiny circle of family with little outside influence. I like it that way and 2020 was the year for me, the year my lifestyle finally came into vogue. As a youngster my dear mother was always trying to help me be more outgoing and socially adventurous. At a very tender age I was sent to ballroom dancing classes (don’t laugh it won’t help) having been told I would love it, I didn’t. After that, every activity presented to me was rejected with a pouting lip and a gruff retort of “Don’t like that”. Inevitably I was asked “How do you know you never tried it”.

Experience has revealed to me I am actually a pretty good judge of what I will and won’t like. I never got my danglies waxed but I am pretty sure I would NOT like it. On the other hand some things are difficult to judge and so need to be given a chance. I once got so inebriated whilst camping at a car show that my mates put me in a strangers car where I woke up to a tirade of abuse from the cars owner and a banging headache the next morning. It was fun whilst it lasted but I didn’t do it again. So, my advice is if you are unsure give it a go. Obviously don’t apply this rule across the board, use a little nous.

This last year I capitulated to popular opinion and had a crack at social media. In light of the above there really was only one outcome. Facebook is not for me, I knew that before I started in but so many folk told me I would love it I figured what the hell. Turns out those folk don’t know me at all. Just because you might like something I fail to grasp the logic that everyone else would love it too. Much like ballroom dancing….

I have always applied that logic to bonsai. Evangelical is not my style. I don’t mind sharing what I do with other people but I have never once said to a single soul ‘get a bonsai tree you’ll love it’. It does no harm to be generous in this life and putting your ‘stuff’ out there, particularly if it’s free is a nice thing to do as long as it’s good stuff which, sadly, these days most of it is not. I have come to the conclusion that a lot of the problems in society today flow from one bunch of people trying to change another bunch of people. Our best bet is to work on ourselves and lead by example. Chances are if we get it right folk will come along. If not what’s been lost?

So, social media is not for me. Why? I am a fat bald middle aged white English man who likes a stogie and a Bourbon. I don’t eat five a day, I don’t go to the gym. I have a fanatical devotion to hard work and much like George Carlin I don’t hold with the modern ethos of political correctness. In common with most folk alive today my opinions are best kept to myself. However one post I saw just about summed it up for me.

In wasting a lot of time on FB this year I came across a post which I KNOW will make my regular right minded readers smile. Someone had bought a little bottle of Bonsai Focus fertiliser. They then took the trouble to photograph it and post it on FB with a caption along the lines of ‘Anyone advise me what to do with this?’ After I got past the obvious answer I had to go outside and take a breath, I could not decide wether to shit of go blind, in the end I walked away. The most polite answer I have is ‘read the fucking label’. Did I miss something?

Now I know FULL well we all have to start somewhere, I have written about this many times, however I fear our reliance on technology for all our answers is turning many folk into something akin to a sub class of human incapable of intelligent thought and ill equipped to deal with the necessities of life and survival without recourse to a screen. Too many times I have been speechless. Incredulity is defined as – the state of being unwilling or unable to believe something. Very apt in this case.

At times I have wanted to just pack away all my shit and go be a motorcycle mechanic. I built my first engine around 10 years old and have done that stuff my entire life and seeing as my only acquaintance outside of bonsai owns my local bike shop and my favourite bolt-hole I am in with a good chance of making a go of it. I have always said there is no shame in ignorance but remaining ignorant IS cause for shame. Surely today there is no reason to be ignorant of much, is there?

Talking to my spanner wielding buddy it turns out this new form of stupidity is not limited to our favourite pass-time. The stories I hear from him every week leave us both reaching for the big three litre bottle of Jack. I’m done with social media and mass communication, I really am best out here on my own. The juice just is not worth the squeeze.

So, my point? If you want to learn bonsai as a process the mechanics can be picked up in an afternoon with a top teacher (good luck finding one). A couple of years dedicated practice will develop a proficiency and confidence in those disciplines. However learning the foibles of growing plants is a whole other thing but it’s still basically simple. Just look up your species on the RHS website for a cultural guide to the basics and get outside in the sun. Constantly observe and watch what is going on out there, it’s THE only place you will learn what you need to know. Partly because you will begin to understand plants but also because you will be training yourself to learn how to learn in an environment where it’s not just laid out for you. Much like Marco Invernizzi said years ago the Net Bonsai Wanker prefers to spend their time in front of a screen behind a keyboard rather that outside in the sun where bonsai should be made. An extreme view perhaps but tell me it’s not true?

So, here are a few things I saw today out in the sunshine. It might be the depths of winter with the worst yet to come but life carries on. Here on the east coast it’s not been cold or too wet and that suits me and the trees just fine. However January is NOT spring so don’t go getting silly notions of re-potting! It’s going to be months before that silly season starts of which I have written a great deal.

Happy new year to everyone !

Missing The Point – Re-potting Bonsai
When To Re-pot Bonsai 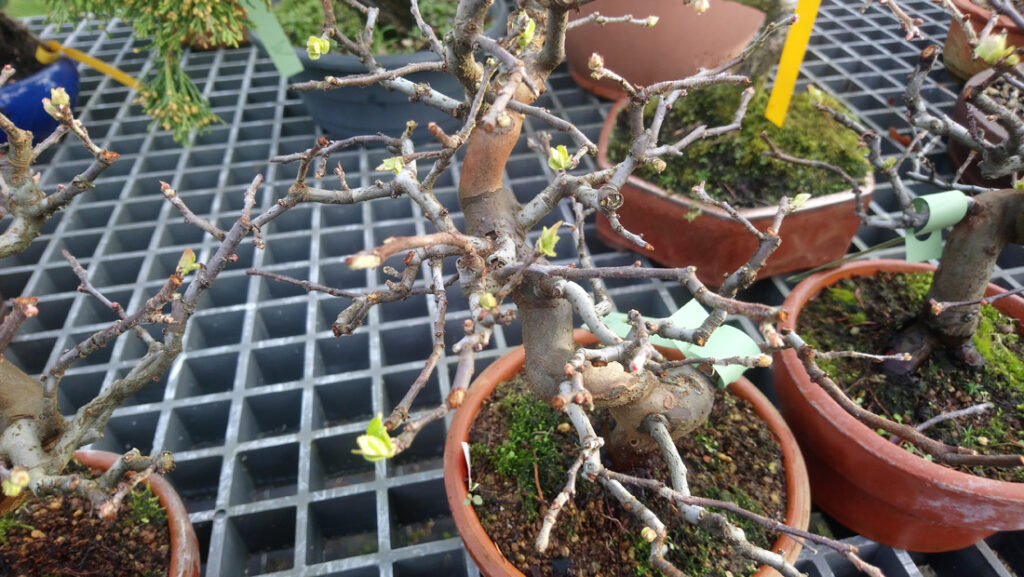 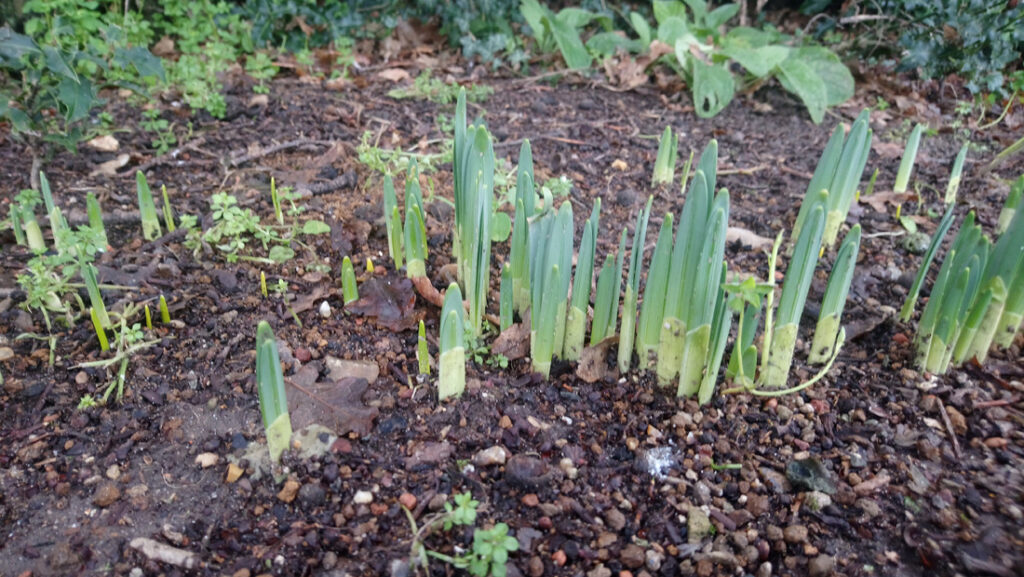 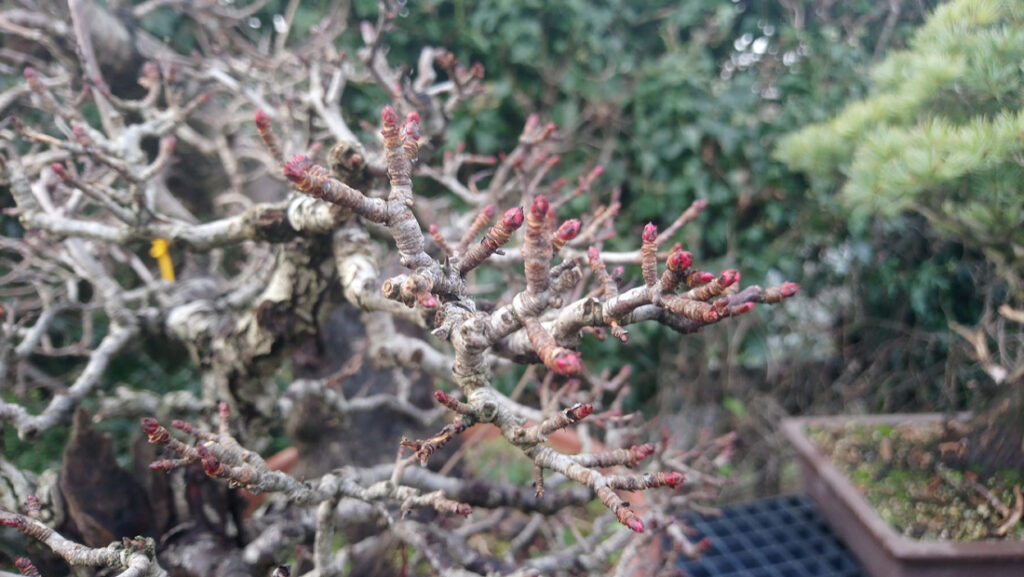 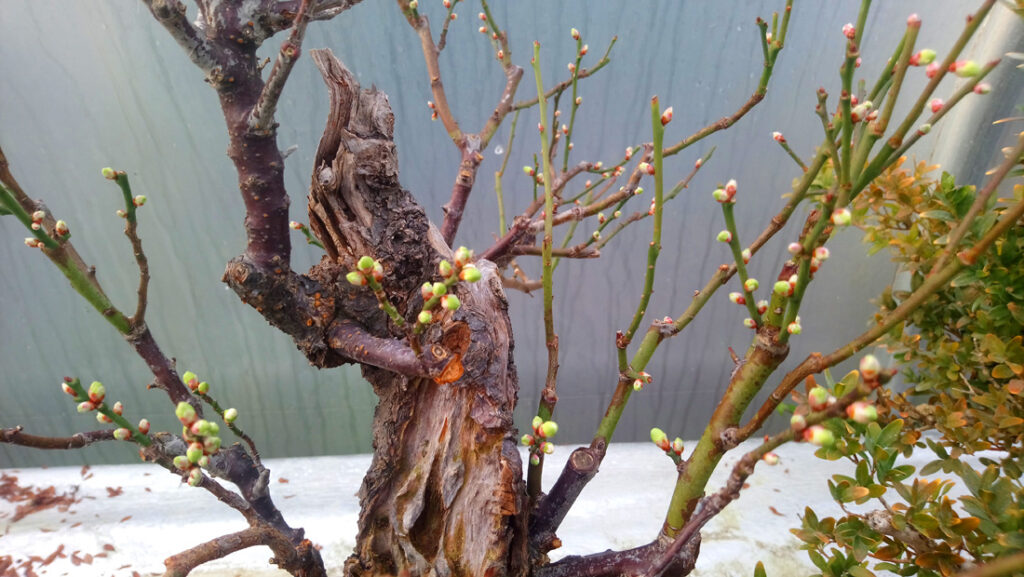 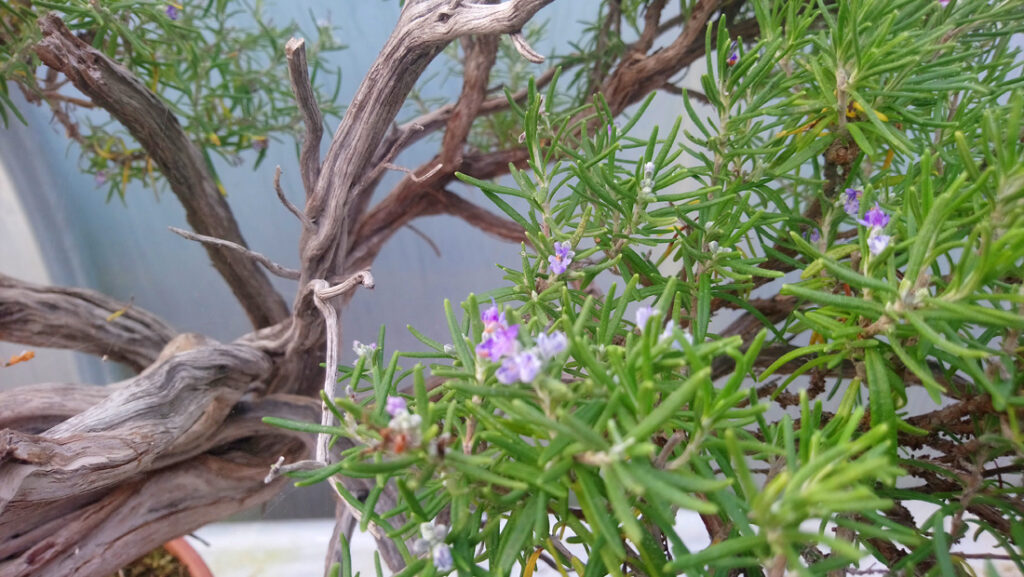