Another busy week here at KB. This week has been a bit of a merry-go-round rather than a rollercoaster which, after the year we have had has been nice. Not too much stress and lots of sunshine all week. That allowed me a few pleasant hours in the greenhouse doing a bit of bonsai. In this case the The Triffid’s Return-Garden Juniper Bonsai Tree.

It’s a sad fact that I have sold all the best trees I ever owned, except of course for the ones I killed in the exuberance of youth, yes I was actually young once. I have a bit of a rule around here that I do not buy back trees we have sold. I have a character flaw that makes it impossible for me to do the same thing twice.

However there are exceptions to every rule. Two or three years ago a long time friend and client of ours hit upon some seriously hard times and so I jumped in to do what I could and that involved relieving him of some bonsai trees I had formerly owned. One of those was a garden juniper I had collected way back in 2002.

By and large most people have stopped using garden juniper varieties for bonsai. After the conifer and rockery craze of the 1970’s and 80s these things were everywhere and when I started bonsai any other form of juniper  cost a fortune. I busied myself knocking on doors and over time procured a huge number of different varieties.

Garden junipers fell out of favour when better varieties came along. The main problem, apart from their rampant growth, was the fact most prostrate and dwarf garden varieties lacked the ability to hold up their own foliage. This required endless wiring in order to turn the foliage skyward and the branches simply never stayed put.

Not easily beaten I did come up with a solution. The extremely vigorous nature of these varieties meant it’s possible to get back budding way back down into the thick branch structure. Once that appears it’s just a matter of cutting out the floppy stuff and controlling the new inner growth to prevent it becoming overly long. This way the foliage was held on stout branches that easily held themselves up. With enough sun, little water and even less fertiliser a very nice and presentable bonsai tree can be created. I know a lot of folk will ask why not graft a better form but where’s the challenge in that. I love the fact that different tree varieties display so much different variety. DIFFERENT IS OK!

Having more or less finished that process on this tree it looked pretty impressive when I sold it. A few years later, when it returned my hard work was largely gone. The owner had been a little too kind to the tree and it reverted to it’s shabby natural state. It’s taken 2 full growing seasons but now I am getting back to where I was. 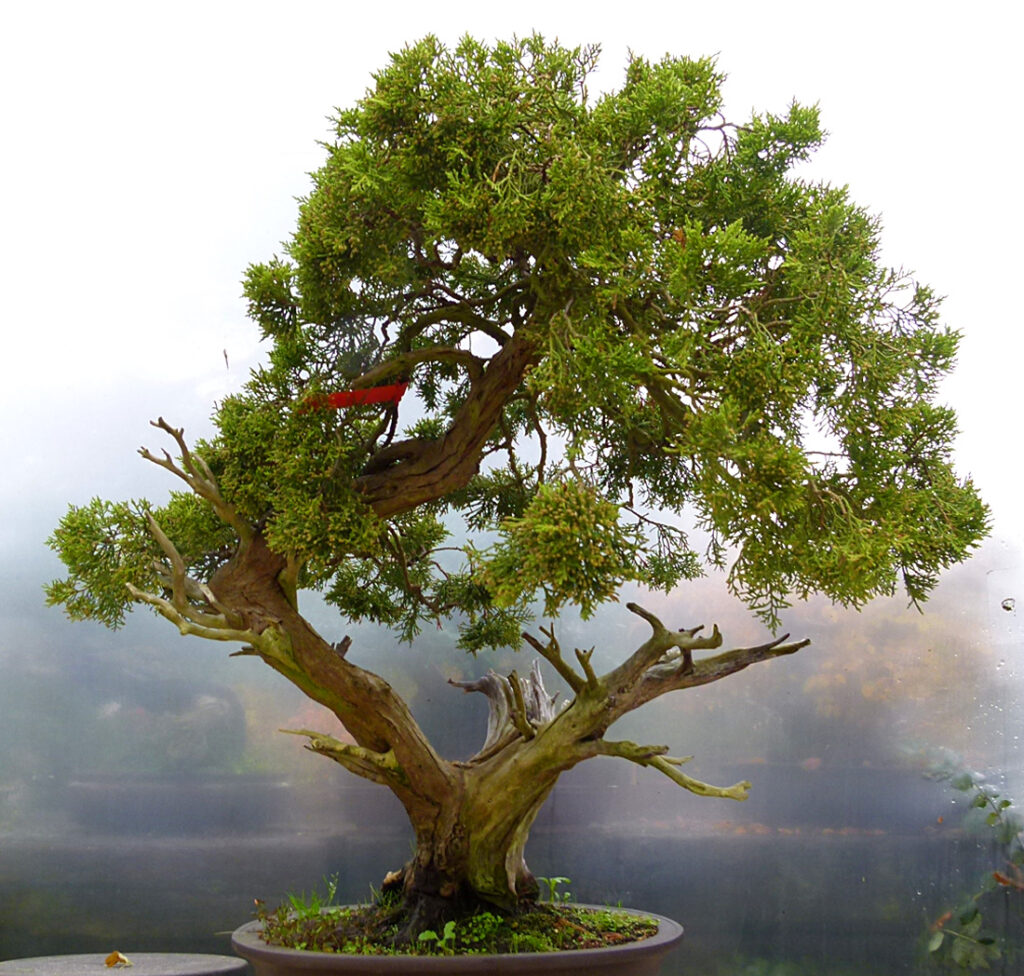 This week I decided it was time to give the tree a scrub and polish. Some of the deadwood had gone soft and that required a little power tool work, a wash and scrub with a stiff brush before a pleasant hour with the Lime Sulphur brush. All this revealed quite a lot of new shari too which was nice.

After that I cut out a lot of old floppy foliage and redundant branch structure before the tedious but necessary wiring. Fortunately most of the foliage is on thick branches now so this new shape should remain going forward.

Returning to one of my old trees was initially a chore but having refined the shape and with the new shari the task was ultimately a rewarding one. With these old trees I like to keep the spirit of the original as much as possible whilst refining and improving the original concept.

Back in the day I got this tree from a garden clearance in exchange for a bottle of plonk. I’m kind of pleased it came back to me…….for now. 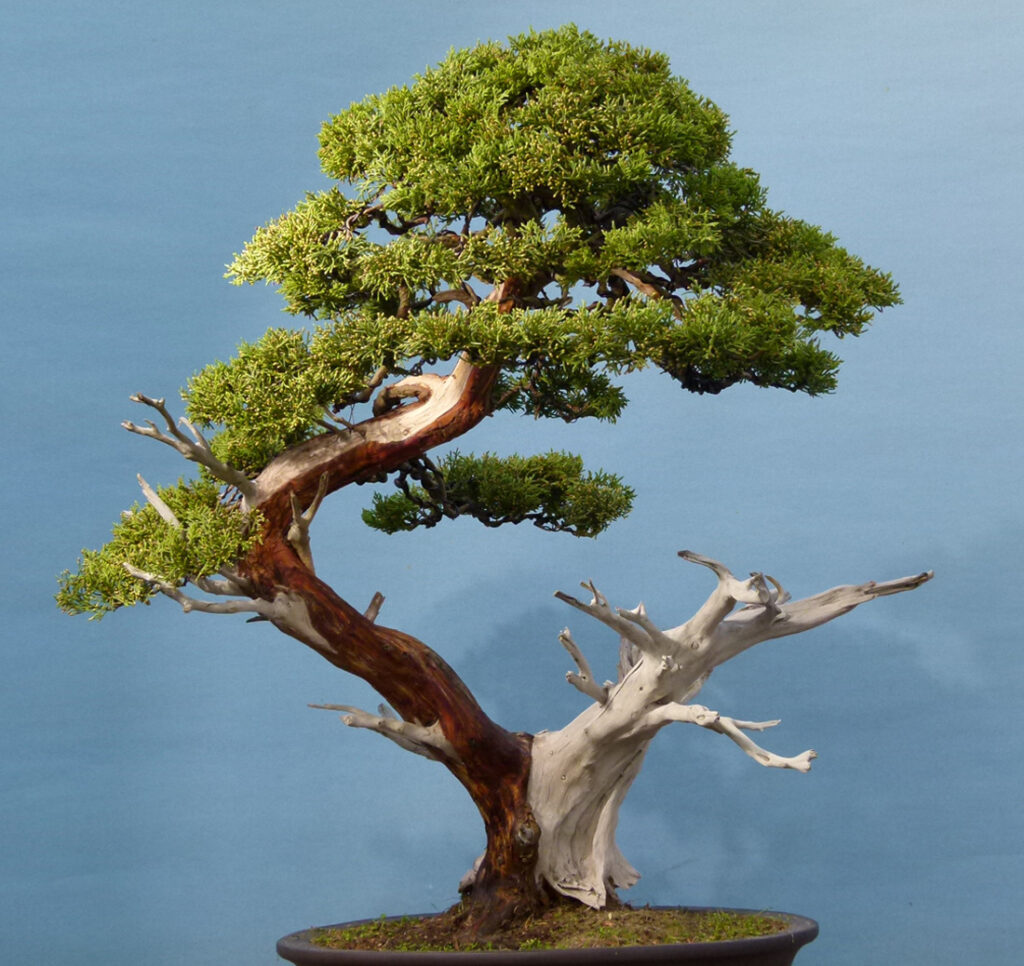