By far the greatest reward for all the effort we put into our bonsai trees must be seeing their progression, it’s like watching your kids grow up. At least that’s the case when it all goes according to plan. Today’s work was this scots pine bonsai development progression.

You last saw this scots at the beginning of the year…

For the last few years I have been pre-occupied with having to work some really ugly runts. Part of a successful business strategy today is adding value. Anyone can buy a product and sell it for a little mark up. However there is no real future in that for the small man, it’s just not possible to compete. We small folk have to concentrate our efforts on doing what the big boys can’t. That includes developing unique and special things and one off items…. like bonsai trees. This could, in modern parlance be called an ‘artisan’ bonsai tree.

Over the years I have put the cost of a small country estate into bonsai trees. Some of those sell right off, some I keep but the largest proportion of all need work. Sadly I don’t get the time I once did to do such work, I became a victim of our own success. I just have to grab the moments I can.

Seeing trees develop around here is not easy, as soon as they look good folk tend to take them away. Got no bites on this slightly weird scots pine so todays work involved it’s second wiring and set up ready for next summers growth. Considering the change from just January this year it’s been very rewarding.

The heavy foliage mass from the first wiring fuelled insane summer growth and branch thickening. This helped to fix all the heavier branches in place. All the first wire was removed piecemeal over the summer. Now we have to begin setting up the secondary branching before turning attention to building ramification.

The second wiring in the scots pine bonsai development is typically about improving branch lines and breaking up large foliage masses into smaller elements. There is a way to go before we start on refinement work and candle pinching etc’ but each step requires a lighter and lighter touch. 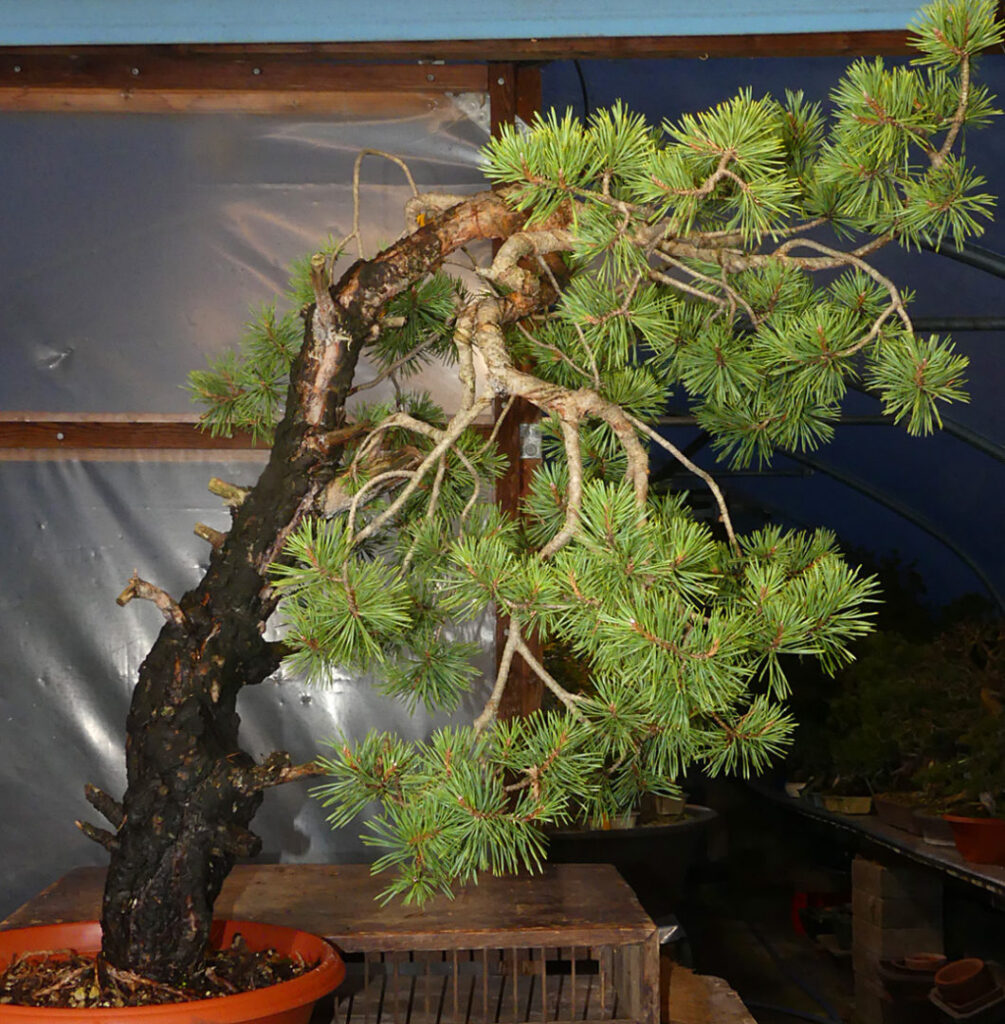 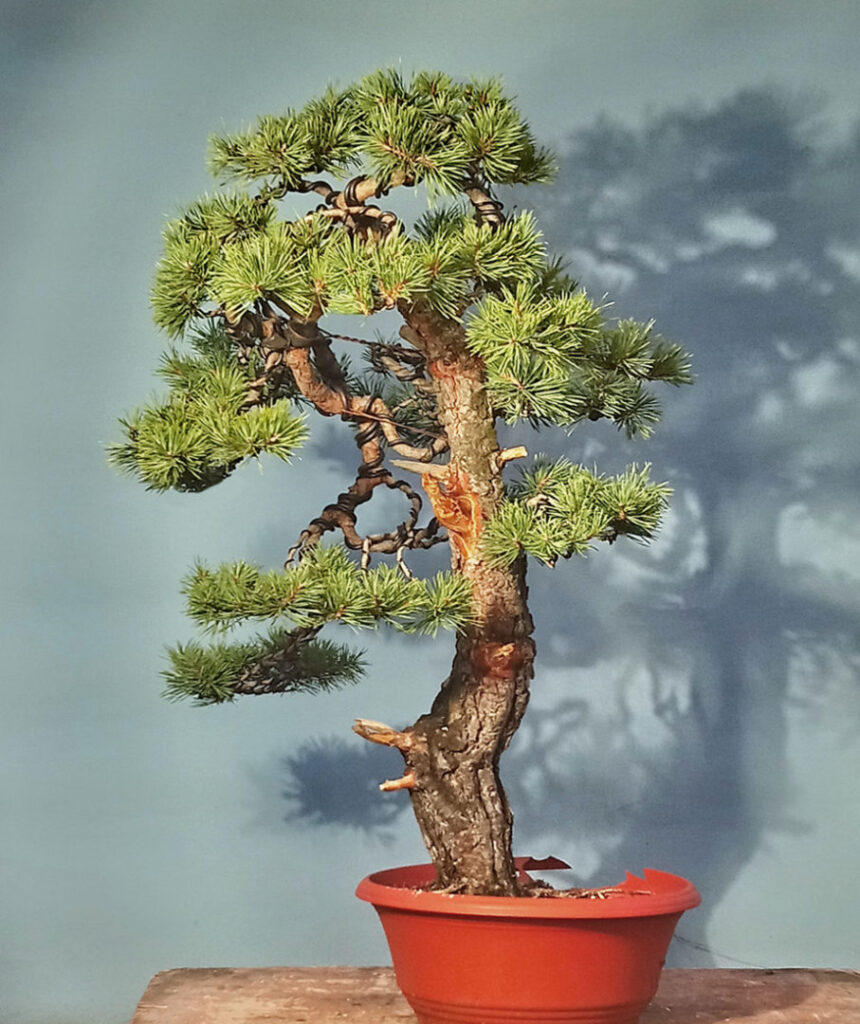 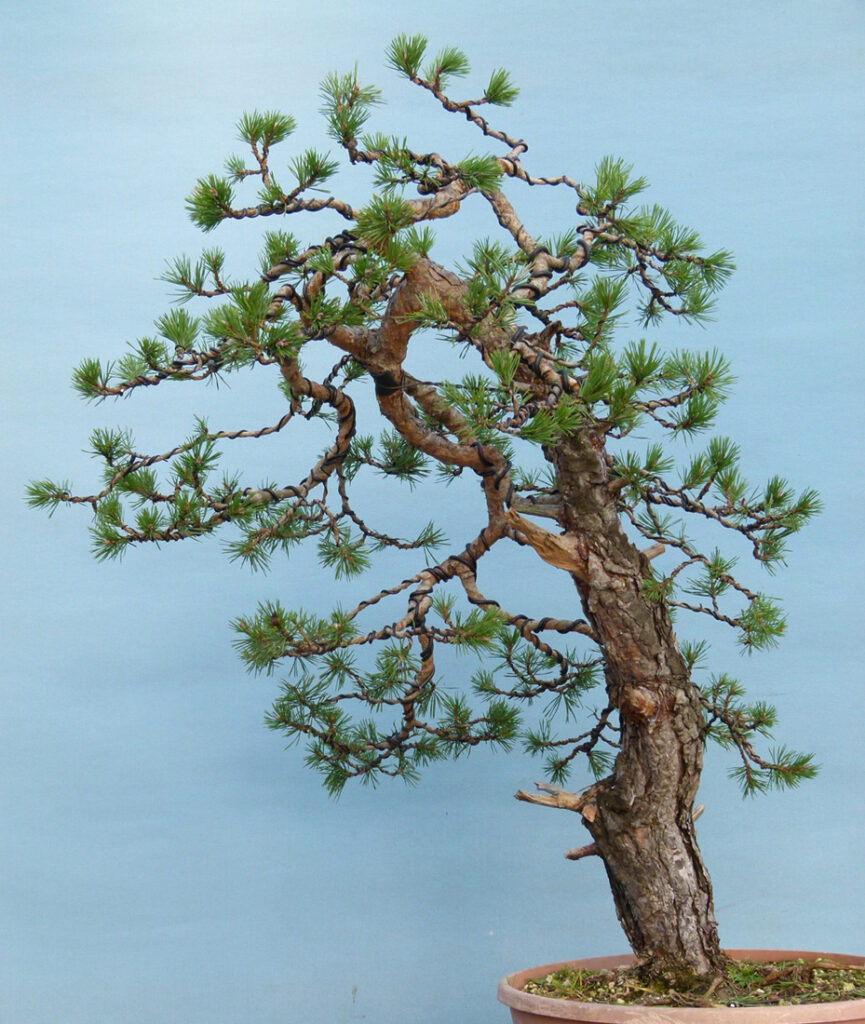 October 2020. Foliage thinned out and fully wired ready for styling 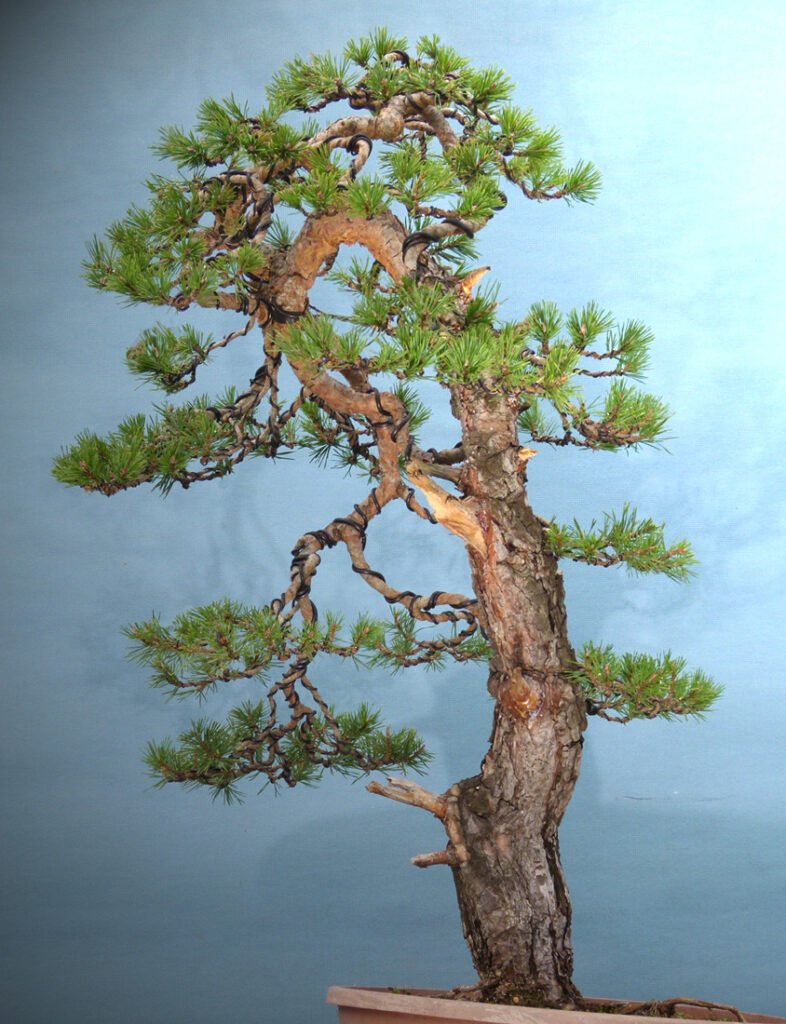 October 2020. Much less wire and improved branch lines. Add next summers foliage and this will be looking good.