As I said in my most recent blog post “Bonsai is not easy”. After 30 years I begin to think I don’t know s**t. There are just too many variables to contemplate and the British climate certainly does not help matters.

Almost every day I am asked for my help and advice about some aspect of cultivating bonsai. I have no issue with sharing my best know-how with anyone who asks. However because there are so many variables involved, what works like a charm for me could have the opposite effect for you.

Years ago I moved house. I only came three miles down the road and whilst the garden was about ten times the size of the previous one it might as well have been in a different country. It has taken me years to master our new spot which seems odd when I am all but in sight of the old place.

Add to that the fact that two identical plants, even from the same source will grow differently from each other. Then two different people will be wanting to achieve different things with either of them and it becomes obvious the variables are all but infinite. That alone makes figuring out bonsai something of a job.

My best advice is to learn the principles of horticulture and the process of bonsai by painful experience. Given enough years it becomes possible, most of the time, to figure out what needs to be done to achieve our ends.

Every now and again I have been thrilled to see a plan come together. Sometimes the problems stop for a while and just like parting clouds, success shines through. I generally have to stand back and just marvel and enjoy the moment. One such experience came about this summer and the bulk of it was not by design.

Over the years I have developed a love of Mediterranean species we use in bonsai. Most of these have been a real struggle to understand in our oppressive British climate. However over the decades I have learned how to make them all work here. My favourite is the cork bark oak (quercus suber) and that would be quickly followed by Pistacia. 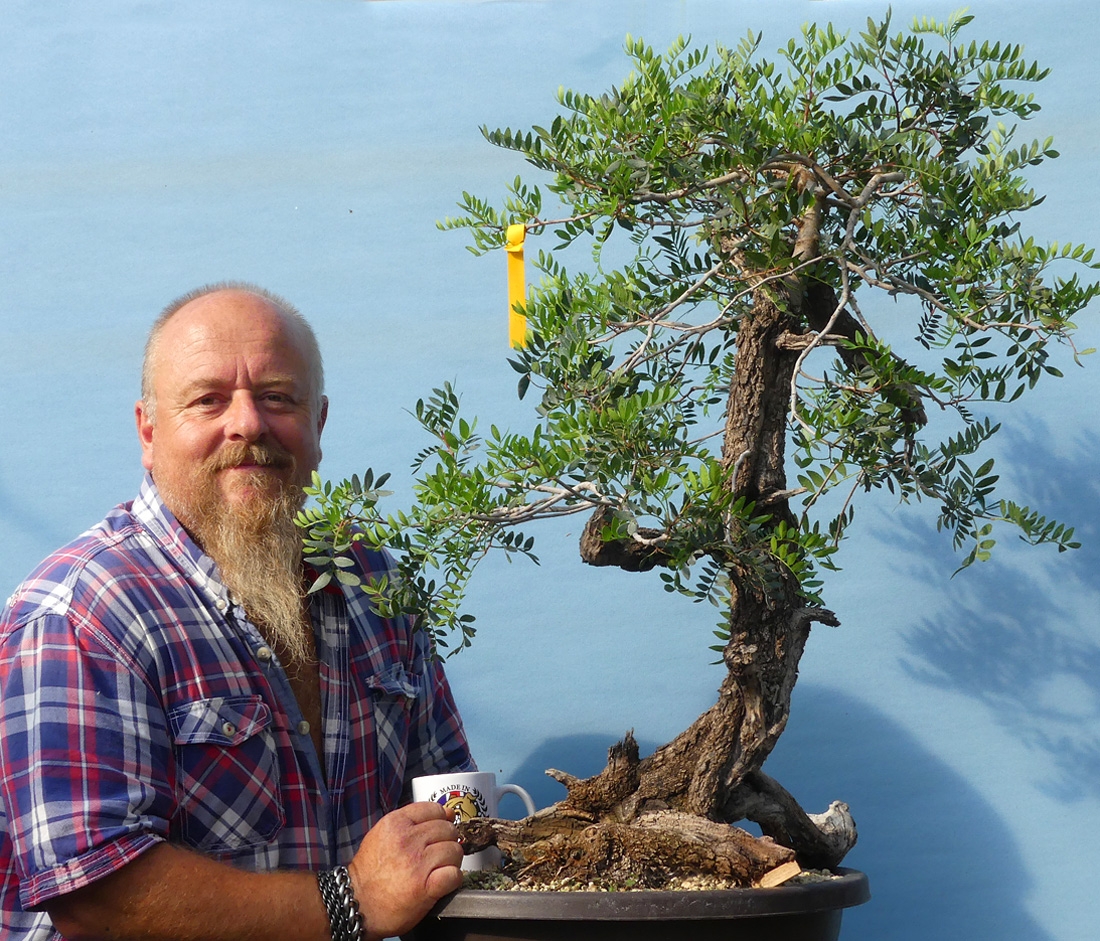 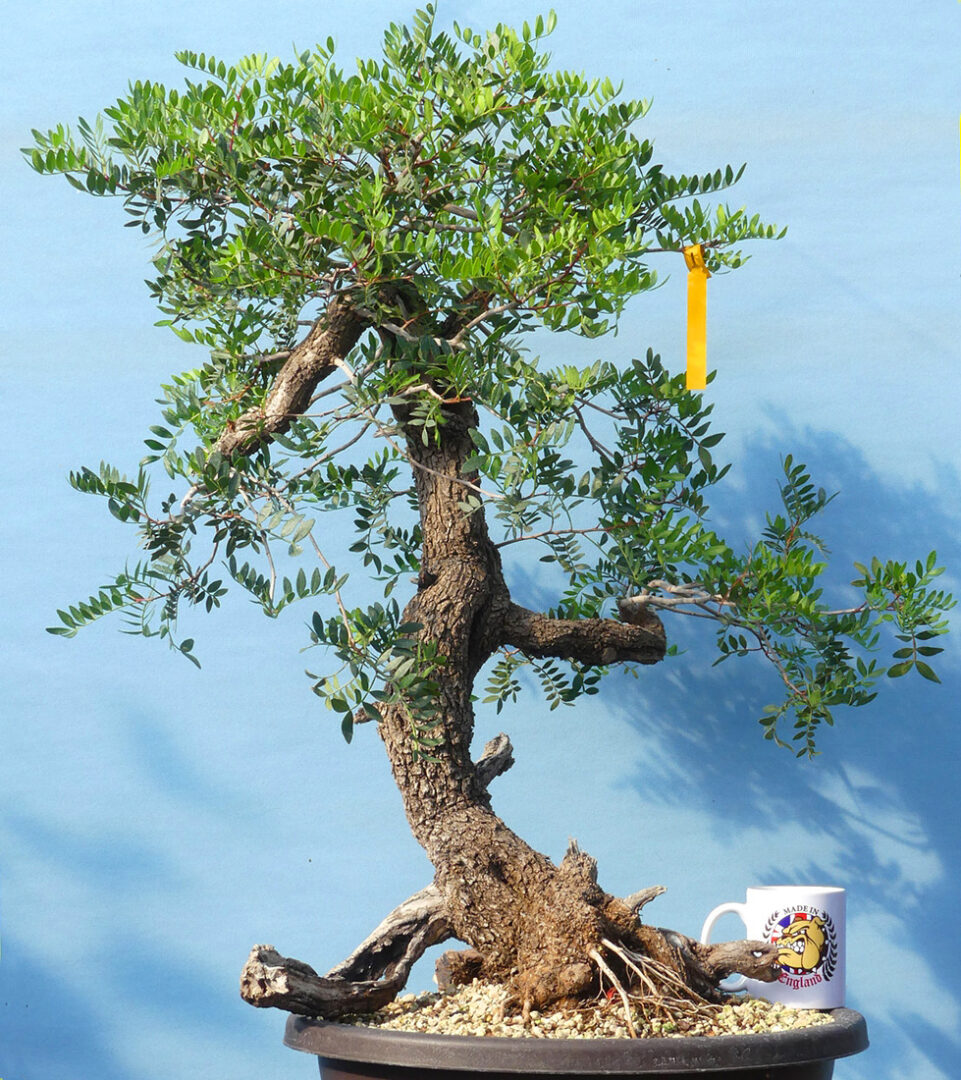 My job dictates all my best trees always get sold, which sucks. I have to content myself with enjoying the process rather than the end result. It’s scant compensation but I put myself in this position. Over the years I have had some spectacular pistacia and have rarely had one long enough to see them develop.

I bought this particular tree from a collector in southern Italy a couple of years ago now and, strangely, nobody considered it worth buying. In that case I jump on the chance to develop a tree as far as possible before it leaves me. This one got bare rooted and potted into a plastic tub at the height of summer 2019.

2020 has been the busiest year of my life and so time to work on bonsai has been largely non-existent. However one evening around June time I pulled this tree out to rid the pot of some weeds. A couple of hours later and I had it defoliated and wired. It’s had a good summer.

Here is what I have learned…

As with most, but not all, Mediterranean species, re-potting should be done only when the trees are in active growth in summer. Re-potting too often severely weakens most varieties.

Most larger leaf evergreen Mediterranean species need to be defoliated at last once a year, in some cases twice. This encourages strong growth but, pruning new growth too often or too early severely weakens most varieties.

Most Mediterranean species respond best to wiring, styling and pruning only in summer.

Allowing a tree time to develop before styling always pays off. The longer the wait the greater the benefit. Mediterranean species we use in bonsai are something of a fish out of water in the UK. Give them time.

Back when I started this journey I found bonsai to be a great relief from all the ugliness in the world. Thirty years on and the ugliness has increased exponentially. However some trees just want to be beautiful and this is one of them. I know it’s a long way from really being a bonsai tree but after all these years I am learning to enjoy what’s in front of me rather than fussing about what’s come before or what’s coming next. Enjoy the good moments, they are far too few and far between. 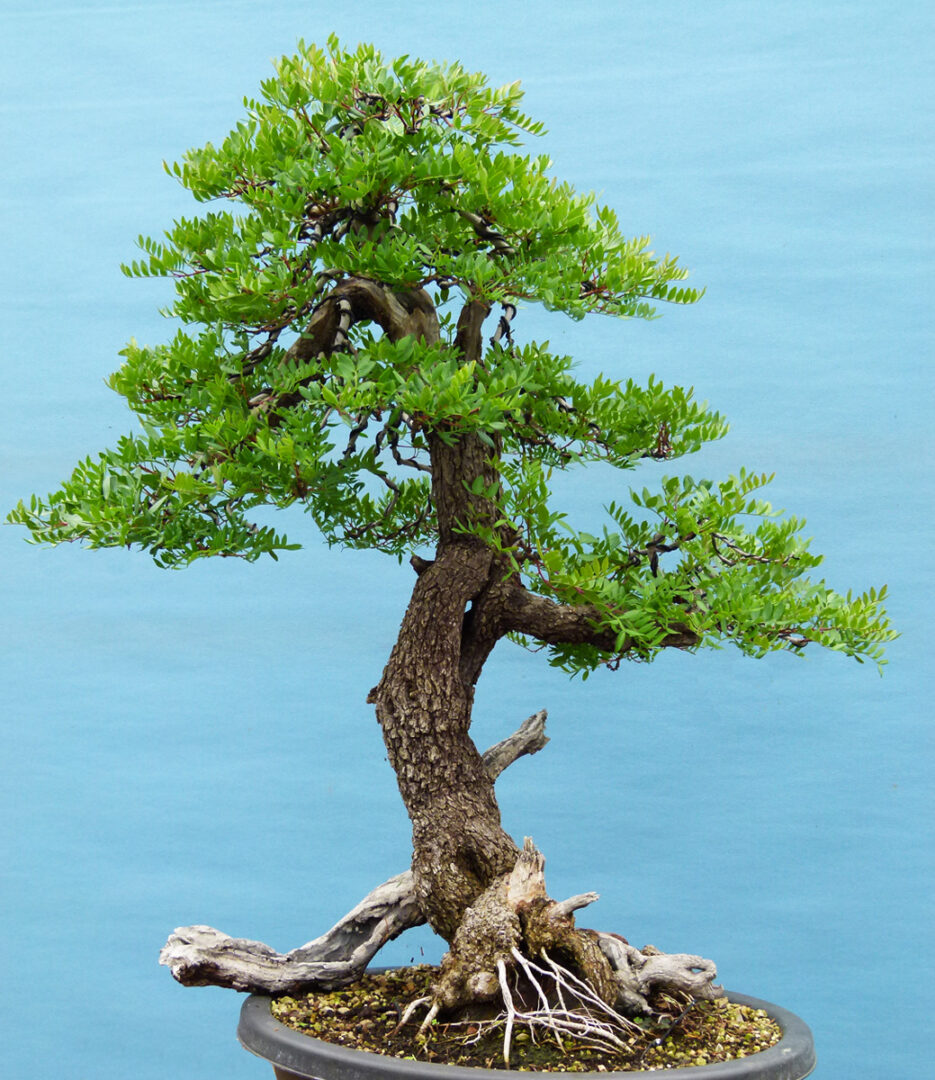