It’s been one of the most difficult weeks I have experienced here at KB. One of those periods of time when I was considering a new career as what we used to call a ‘drunk’. HOW has modern life become so terrifying? I have dealt with some serious shit in my life from a bump on the head to the death of my wife but, being in business today is coming close to recreating some of the feelings and concerns of trials past. Still, being an Englishman I will choke it all down and just get on. Nothing wrong with a bit of emotional constipation after all. Better that than all the grizzling, grumbling touchy feely diarrhea spewing forth from popular media these days. What was it Tony Soprano said? *

The one ray of sunshine is that we have been insanely busy, over 300 parcels left this week. Not bad considering Richard has been largely on his own and Sarah is half way to delivering their first kiddy. Catherine has not looked up from her computer, doing 12 hour days, she’s not seen the light of day since last Sunday and this weekend she will be incarcerated doing stinking VAT.

If you have been a little frustrated waiting for an order please accept my apologies. We do the best we can and if the government were not stealing all our profits we could easily employ two more full time members of staff. When I started this business I was VERY concerned we might not make wage N01. As it turns out making money is easy but keeping it is pretty much impossible. Business has become our esteemed leaders piggy bank and they just take whatever they want pretty much. I am just very thankful I am the age I am and the finish line is in sight.

The weather got a bit crazy this week. Here it became somewhat blowy overnight. Come the morning there were trees scattered all over the place. One in particular was this pine. To be fair I assumed it had a death wish. For the last year it’s been falling over almost without provocation. Every other day I found it laying on the floor having taken a header off one bench or another. In the end I just left it on the floor. In summer I stood it up to water it and then laid it back down again to save the fall. It’s had several pots in the last year and finally I just didn’t bother replacing them. Despite the abuse it’s grown really well. 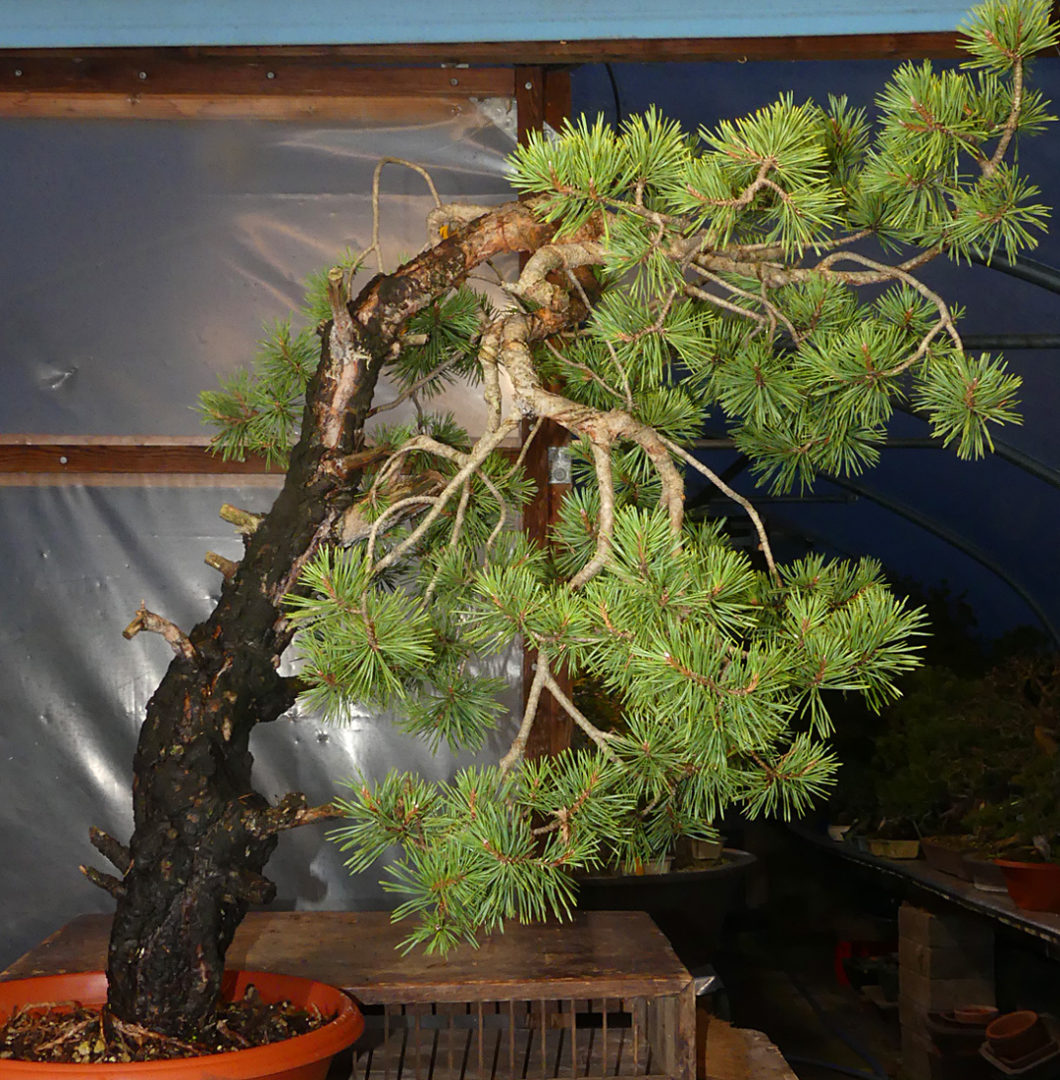 This week it blew off it’s perch, rolled about thirty feet down the hill and then valiantly broke the fall of a large and valuable juniper which landed right on top of it. Having survived all that I finally got my conscience pricked and decided to sort it out. A couple of lunch times spent wiring squared it away and I have now popped it into a larger pot. I’ll tie it down outside on the bench now. Just goes to show how tough these things are I guess. Sometimes we just have to suck it up and go get on, right?

*Tony Soprano: Let me tell ya something. Nowadays, everybody’s gotta go to shrinks, and counselors, and go on “Sally Jessy Raphael” and talk about their problems. What happened to Gary Cooper? The strong, silent type. That was an American. He wasn’t in touch with his feelings. He just did what he had to do. See, what they didn’t know was once they got Gary Cooper in touch with his feelings that they wouldn’t be able to shut him up! And then it’s dysfunction this, and dysfunction that, and dysfunction vaffancul! 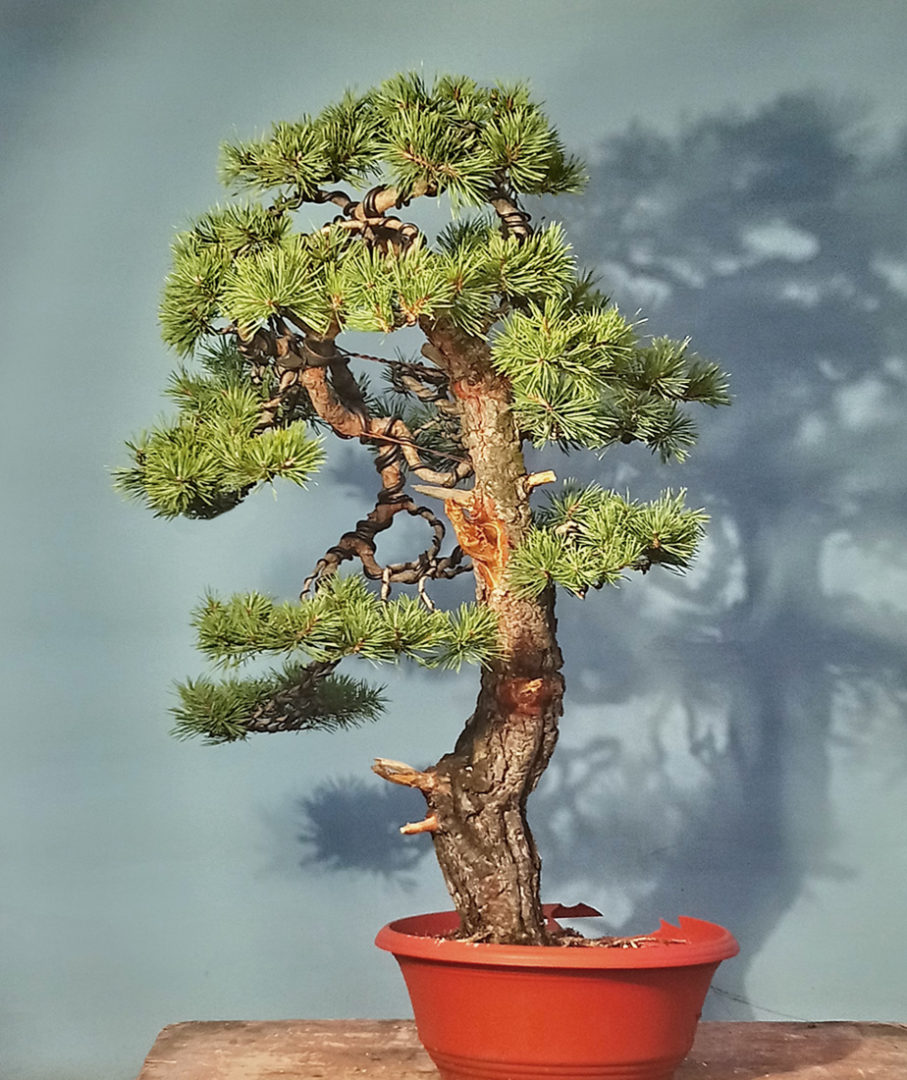