It’s been a long time since I passed a significant watershed in my bonsai journey. I have now been studying and practicing bonsai for more of my life than not. That might not be significant for some who started young but I was not a spotty kid.

Years ago somebody came and asked me how long I had been doing bonsai, about fifteen years was my reply. He then asked if he could expect to be as good as me (that’s a matter of opinion of course) once he reached that particular milestone. My reply was almost certainly not. I don’t think my answer was the anticipated one. As my last boss always said “It’s not the hours you put in but what you put in your hours”.

I was very lucky that when I started bonsai there was no internet. All I had was a few library books, two eyes, two hands and a big nose. With the exception of a few basics like wiring, everything I have learned about bonsai was learned from the trees I have owned. Anyone who knows me will be aware I consider myself to be a gardener first and foremost and I am proud to continue on this noble profession that has largely been forgotten in modern Britain in favour of ‘gardening’ which is something all-together different nowadays. 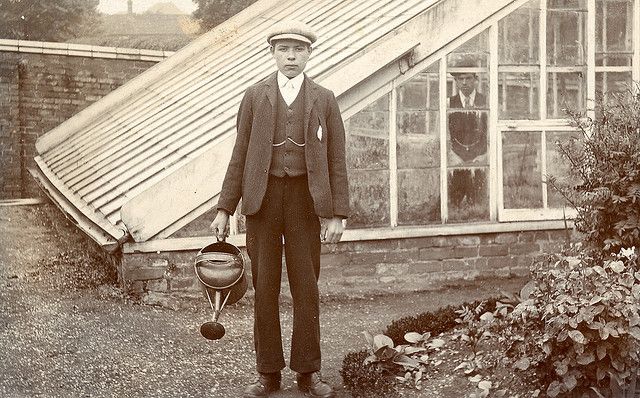 All of my earliest memories revolve around gardening, in part thanks to my grandparents who always worked hard at growing next years dinner. My mum’s parents had a large guest house in Great Yarmouth in the late fifties and sixties and they had a market garden in which they grew the produce for the family and guests, a far cry from today. My nan grew the food she cooked and served to her guests. My other grandfather grew his own vegetables for most of his ninety six years.

During the summer I would often stay with my mothers mother and we were always outside pulling weeds, planting, pruning and watering. She would take up handfuls of soil and hold it to her nose, smelling it’s earthly aroma and the look of joy that crossed her face has inspired me for life. She would pluck a leaf, crush it and again hold it to her nose. Flowers, fruit, foliage in fact everything in the garden has a tale to tell. In a garden the least important sense we have is sight. Sadly in this day of screens that fact has been entirely lost. Even today I get more from my bonsai at night in the dark than I ever do during the day.

My own parents always encouraged me to ‘try harder’ and ‘do better next time’. A noble idea but as an insecure and uncertain boy I always considered what I did was not good enough, I felt a continual failure. In life that has driven me hard. The reason I told the guy he would probably not reach my level of understanding after a given time was the fact I knew he simply would not put in the hours, he did not have the perfectionist gene. He also lacked the enquiring mindset and the courage to do what it would take. Besides if he possessed those characteristics he would not need to ask me for help.

For twenty years I worked eight hours a day in my job and i did nine hours a day bonsai work, seven days a week, EVERY single day. I have not been on holiday for twenty seven years and I did not own a television until I was over forty five years old. I have not missed more than thirty days work since I was thirteen years old. I love what I do and I will NOT let anything get in my way and, in my opinion, that is THE only way to learn something.

Looking at my bonsai I am infinitely critical, nothing I have ever done measured up to the standard I set myself. I have always said the day I do my best work, and know it, will be the day I walk away because there will be no more challenge. When it’s dark my bonsai are beautiful because there is no evidence of my inept fumbling. In the dark they are just small trees that share the majesty of their wild origins.

Trees give us life, they were here before us and they will be here after us when they will absorb our nutrients in order to cover over the fact we were ever here. The more evil and self serving a society becomes the more trees suffer and are destroyed, how many people cut down a tree because it ‘blocked their light’. In the old testament, invading armies would ‘lay waste’ to a land by destroying all it’s trees. A land without trees is tragic, hopeless and desolate. Whilst everyone seems to agree cutting down the rain forest is bad most seem quite happy to lay waste to their own gardens. Bonsai at least opens up our hearts to develop a love of trees even though a lot of folk do seem to kill a lot of them. In the long run there really is no hope for us is there?

Saying that reminds me of Mr Doubleday. He was the person that I first met in the bonsai world that inspired me to take up my life’s work. A third generation nurseryman who produced roses from his little nursery on Walnut Hill. He lived in a caravan without electricity, wore tweed and hobnail boots and had hands like ancient gnarled branches. His father had seen bonsai in the far east during the war and decades lated Mr D was still practicing the art. I remember he shared with me the utter joy and magic he experienced walking amongst his trees at night with his old paraffin storm lantern. A flickering flame is a much better light to view bonsai than the latest 4k UHD screen, the smell is better too. I have hundreds of paper photographs of my early attempts at bonsai taken by the flickering light of a candle or lamp. These were often taken in the quiet wee small hours of a freezing cold night in winter. All very emotive stuff that fuelled my imagination and passion. 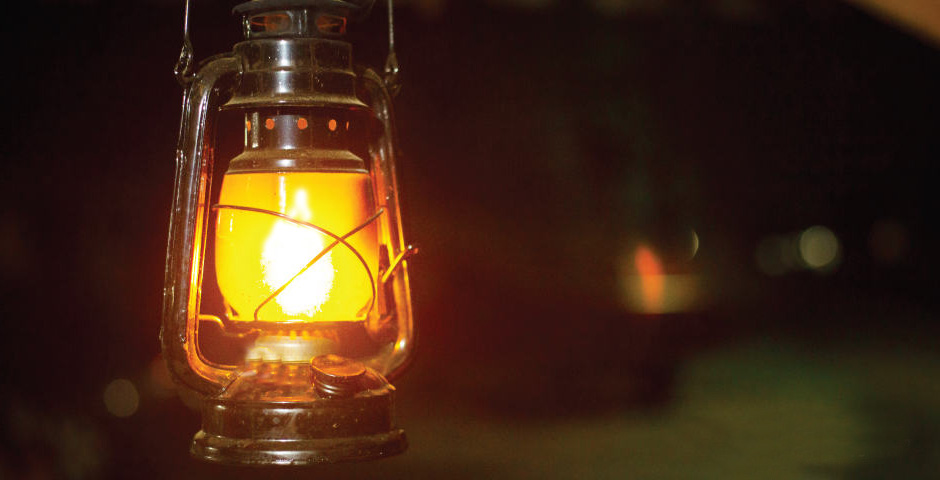 Thirty years have passed since and it’s just not so easy to stay up until it gets light, splash some water on my face and go do a days work. The flip side is I am a little more skilled than I was and so I can do things faster with better outcomes than I did once upon a time. However I am still the student and not the master. It reminds me of the parable that Jesus told about the man that took a high seat at a feast and was asked, much to his embarrassment, to move to a lower place by the host in favour of a more important man.  Yet another man that took a low seat was asked to take a higher seat more suited to his position. My mentor always said that the term ‘Bonsai Master’ is an acknowledgement bestowed upon us by others who respect and understand our work and not a moniker we apply to ourselves. Ultimately the only stars of the bonsai world are the trees themselves I see no room for celebrities in what we do.

Another story I heard was about a wealthy man proudly showing his friends around his impressive koi pond and boasting about the quality and value of his beautiful fish. The fish looked out and a new arrival said “Who is that up there”. The other fish replied “Oh that’s just the guy who cleans out the toilets”.

When I sat down here I intended writing an article about defoliation and maples but that has got away from me now and I will have to save that for another day. I have been reminded of the power of silence in bonsai. Sadly the world has become a cacophony of noise and we are losing our very souls in the clamour. Time to slow it down, shut up, turn off and go back to our origins. When was the last time you went out to smell the soil that made you and your bonsai trees?

General
Thank You!
The Tale of Two Maples