Anyone who stops by here regularly will know I don’t consider myself an ‘artist’. That’s all too pretentious for a working class and comprehensive school educated (partly) boy from Norfolk. I just suffer from an over-active imagination and an obsessive dedication to minutiae.

At this time of year I get a chance to begin styling work on a few of my literal mountain of tree stock. Few folk have the courage to buy raw material, something I have written about at great length in some of my older posts here. Therefore I have to spend a lot of the off-season making scruffy bushes look like bonsai trees.

Last week I had a unique challenge. Back in 2017, at the end of a particularly long rant, I gave credit to my mentor Kevin Willson for a couple of scots pines he had worked for me.

A Bonsai Master at Work 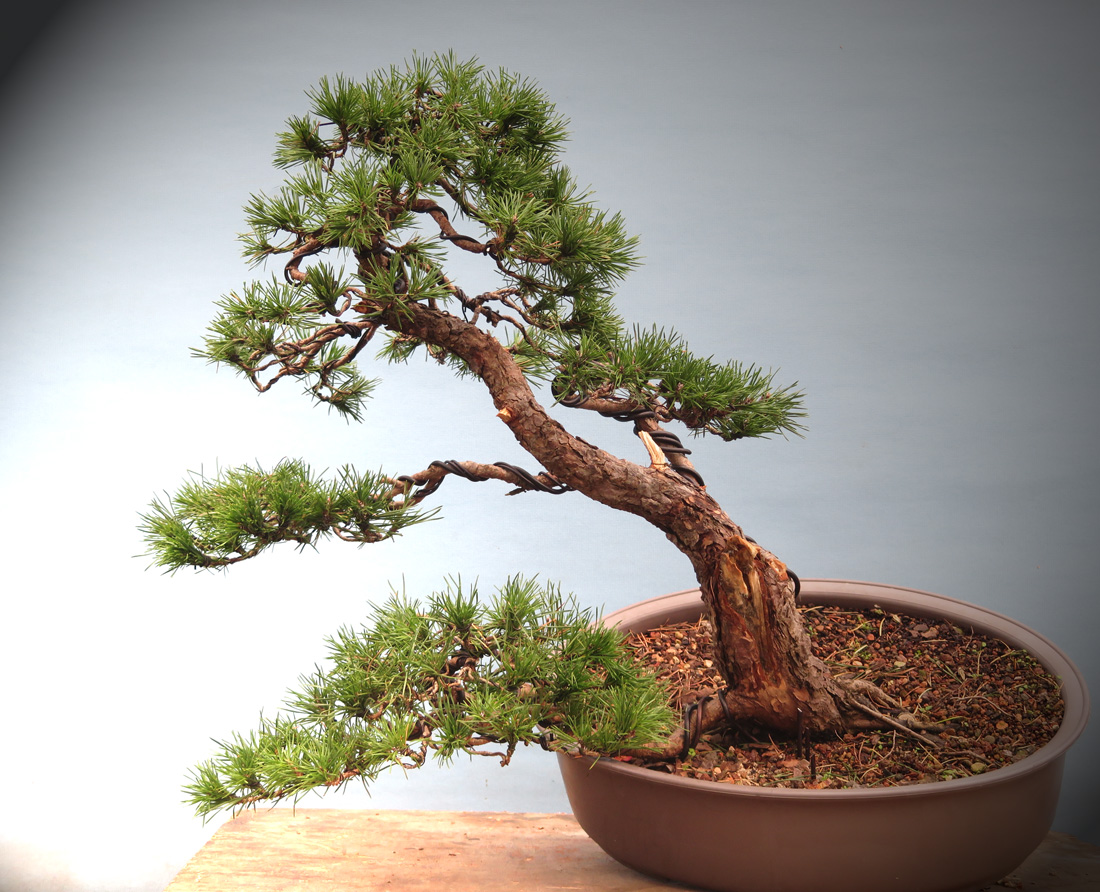 One of those sold very quickly (obviously). The other is still sitting here. Somewhere along the line I did repot it but other than that we just let it do it’s thing. It’s been so long now I can’t even remember where I got this. I am pretty sure it’s from Norway or Sweden but more than that escapes me. So first job this autumn was to make another step forward.

I have never been a fan of extreme work in bonsai. If you are working a crappy skip rat I could care less. However where yamadori is concerned I believe in respecting the vital principle. What exactly is the point of obtaining an old wild tree only to remove all it’s unique and special character in order to make it look like a well grown Japanese nursery tree? Most of the yamadori I see worked has lost all it’s sparkle and magic. The resulting bonsai often look sad and oppressed. It takes a true artist, in this case, KW to respect a trees ‘soul’ and retain that after styling.

As I said at the top I am no artist but in Norfolk parlance I “Plough me own furra (furrow)”. So in respect of my mentor and this, lets be honest, average, scots pine I felt there was little choice other than restoring what Kevin had done. This really is a simple little tree but what Kevin did was impressive.

I was never very good at doing what I was told, going to school was purgatory. In the end I just stopped going to my lessons except woodwork. I had a good system 😉 So moving this tree forward was going to be difficult. In the end I accepted the restriction, printed off a picture, pinned that to the wall and did my best to stick to the plan.

This little tree has obviously grow a lot since it’s first work and so I had a lot to work with. I didn’t have to cut off a single shoot and only minor re-positioning of the primary branches were required. So, now it’s finished I am glad I chose not to ‘freestyle’ and accepted the restriction of my mentor. I learned a lot doing this and was reminded of a great deal more. There really is no substitute for work but do think it through before you start cutting. 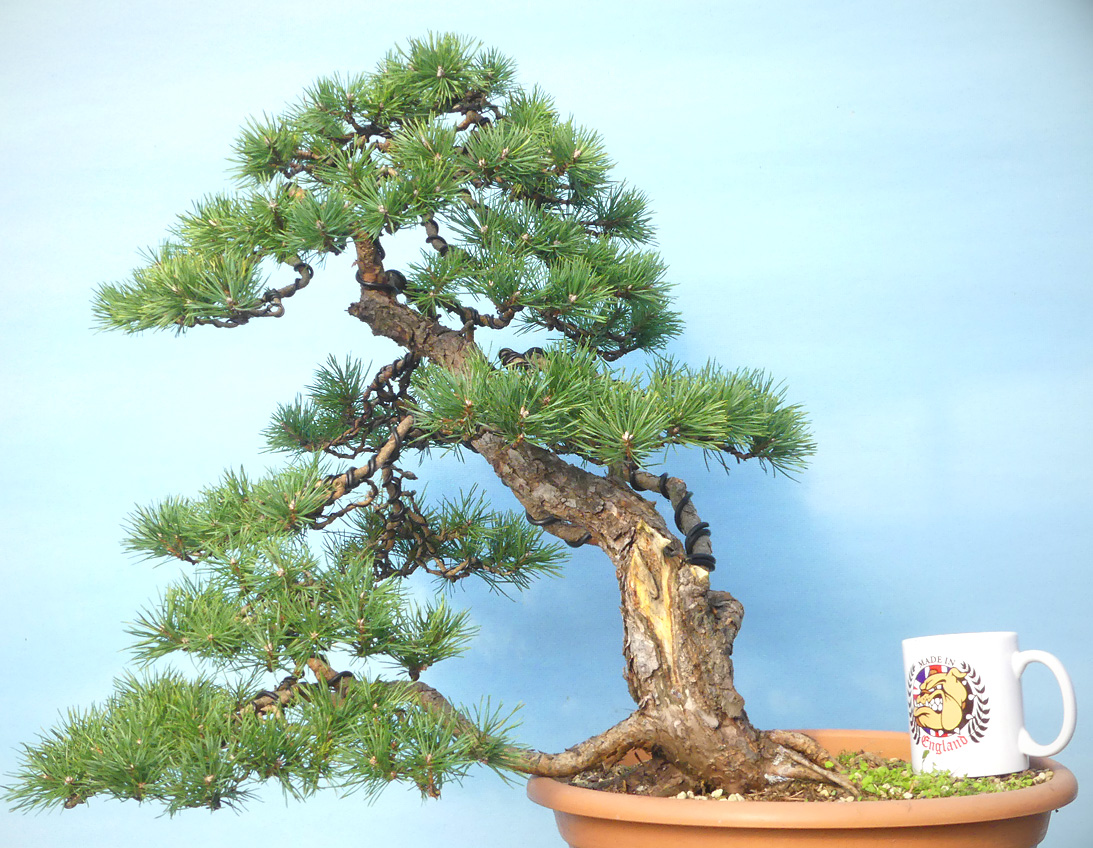 General
The Tale of Two Maples
Pearls of Wisdom