Bonsai, It’s All Too Complicated

I am a simple fellow. Born into simpler times, the 1960’s, I have spent my life among simple working class folk who live simple lives. None of my compadre’s ever went to university and most of us couldn’t spell ‘semantics’ never mind explain it’s meaning. A clodhopper may be a derisive term for us uneducated country dwelling simple folk but we are, by and large, happy and content in our own little world and are rarely troubled by the machinations of the wider world. The internet and the media do their best to burst our contented peaceful bubble but, simple as we may be, we do know where the off button is. The fact that the electricity goes off after 10pm out here in the country helps too.

I can’t really remember what it was that drew me into the world of bonsai. I was keeping trees in pots long before I even knew what a bonsai tree was. Back when I was a toddler I was always trying to grow trees from seed, with little success. Most people trying to grow from seed are still enjoying the same experience by all accounts. At every opportunity I was putting conkers into pots of mud, planting date seeds, peach stones, apple pips, pine cone seeds etc’. 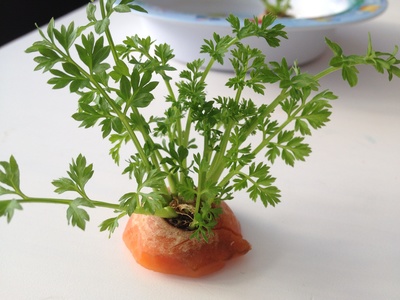 The only real success I had was growing carrot tops and cress but I guess ‘the seed was sown’ so to speak. As an aside I have grown a couple of bonsai from seed, it’s taken for ever and the trees are crap so unless you are young and have very high levels of skill and insight I would suggest not bothering.

It came as something of a revelation to me that the best route to creating bonsai is to start with something large and make it smaller. I have infinite respect for those who go the seed or cutting route but in most respects it’s not for me. The issue is even if you can recognise that gnarly old stump in the back of your garden has bonsai potential, actually realising that potential has a knack of evading most people in the hobby. Assuming we can get the old clunker dug out and keep it alive the road to becoming a bonsai tree is a long one fraught with pitfalls, blind alleys and often literally a dead end. The whole issue has become much more difficult since the internet invaded our lives and bought an endless torrent of absurd hogwash through which we have to wade looking for nuggets of truth. I have to deal with the results of all this on a daily basis. The ignorance out there is simply beyond comprehension.

I am not anti-internet, far from it, it’s how I make my living and spend my spare time sitting writing this ol’ twaddle. However it frustrates me that ‘information overload’ is killing our hobby. As we take our first baby steps we have absolutely no way to discern the difference between what is right, what’s wrong and what is truly bonkers. The internet has created the possibility that any one of us can become a legend in our own lunch time. Becoming a celebrity has it’s attractions for many people, after all we all want to be loved.

Being a big fish in a small pond has always had it’s subscribers, once upon a time every bonsai club had one. I have written before about all this and how, back in the day, the only folk that really got a voice possessed some skill as a book publisher could recognise the difference between an artisan and a gob-shite. Today anyone who can use a keyboard has a voice and there are a lot of folk out there hungry for good advice. Sadly nowadays nobody needs to demonstrate their skill in order to publish their opinions and for the inexperienced this is creating a real and exasperating problem.

Part of the issue i have with ‘celebrity‘ is that we become conditioned to thinking that we can’t do this or that thing because we are not ‘gifted‘ or especially endowed with whatever it is we think we need. This brings me to the term ‘artist’. Today it’s very fashionable to be an artist, it implies we are special or privy to some esoteric philosophical wonderment that has evaded the mere mortal. The Oxford dictionary gives the following definition of the term.

Obviously in this context we are concerning ourselves with point  number 1.2. The art of bonsai is in the continual practice and application of simple techniques over many decades.

It appears to me that many folk have become concerned with being, or not as the case may be, an artist. The assumption being that if we are not artistic we cannot produce bonsai. Seeing as consummate artists in any field are few and far between this, perhaps gives us an excuse. For sure there are significantly skilled artists in bonsai, some folk appear to have infinite imagination which allows them to create above and beyond what most of us see. A sprinkling of fairy dust can truly bring magic to the endeavour. However I have long been of the opinion that art sits on top of a foundation of hard work. Whilst we may not be able to reach the elevated heights of the most talented bonsai artists I believe all of us can produce very impressive work with dedicated practice and the achievement of sufficient miserable failure.

The first step to mastering the art of bonsai is to become a gardener. You can be the most creative person on earth but if your bonsai tree is dead the world will consider you to be a dickhead. I have always considered myself a gardener first and foremost. Sadly todays lifestyle has removed a huge number of people from contact with horticulture. Lucky for me ALL of my early memories revolve around gardening. My grandparents took a guest house in Gt Yarmouth back in the 1950’s and they had a market garden on the outskirts of town where they raised produce for their kitchen. My parents were always keen gardeners and I had my own veg’ plot before I could even spell the word vegetables.

When I got into bonsai thirty years ago the horticulture of the whole affair was just second nature to me. Not to say I didn’t have failures because I did but most of those were me being led astray by what I was reading. I also had to discover the boundaries and limitations plants impose upon us. After all these years I believe we need to worry a lot less about being an artist and focus on being gardeners, that will produce some impressive results all on it’s own. I have seen a lot of ill fated artistic endeavours and attempts at creativity. However good horticulture is ALWAYS impressive and is never derided or open to the criticism of ignorant opinion. 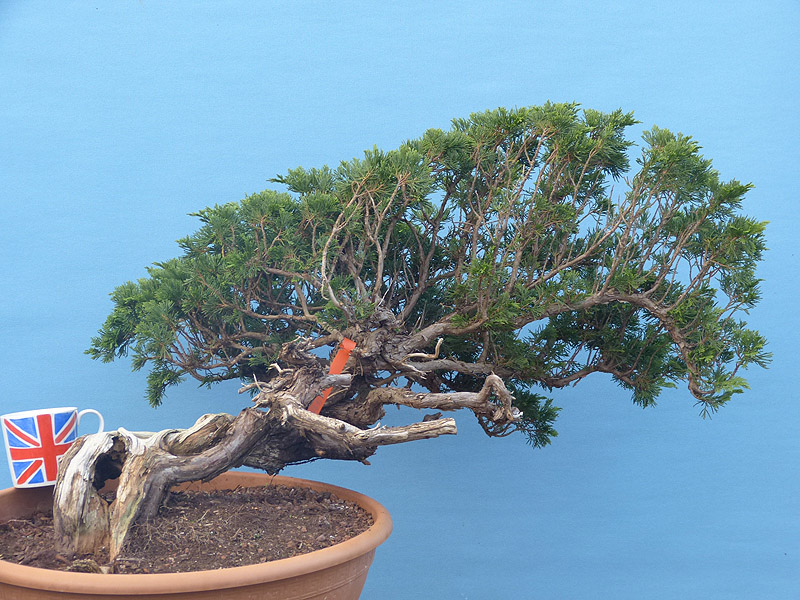 It might be stating the obvious but bonsai need to grow. It matters little wether we have old mature Japanese bonsai or the aforementioned gnarly old stump. Growth is essential in all stages of bonsai. Our raw material will NEVER become bonsai without growth no matter how skilled we are with wiring and carving. Case in point is this sabina juniper. I bought this in 2015 and could immediately see it was going to be a good one. I guess that’s the artist in me, being able to recognise the inherent potential in a tree comes partly from decades of practice and partly from a fertile imagination. The trouble I often have is in convincing other people of the value of a particular plant. Sometimes all that is required is to quell the clamour of modern life, clear our minds and listen intently in order to see the magic. Distraction may be our worst enemy.

Keeping photographs of our trees is always valuable and their development is normally much more significant than we realise. That’s entirely the case here. I did in fact sell (or swap) the tree and it went to live with a good friend of ours for a couple of years. In that time the tree was potted and pruned correctly and towards the end of last year it came back to me in part exchange. By that time the tree had grown a lot in all the right places and seeing as nobody expressed an interest in taking the tree away I felt compelled to do a rough wire job. Fast forward to yesterday evening and have moved the tree from it’s oversize bonsai pot into something more appropriate for this stage in it’s development. 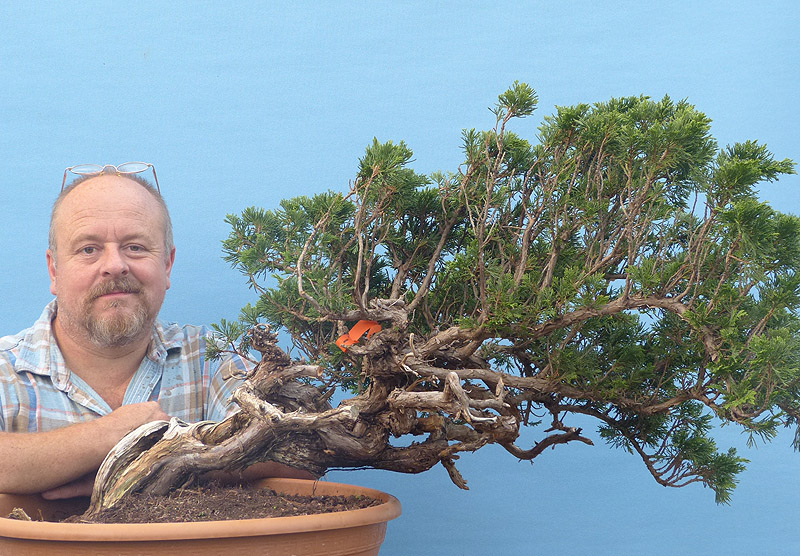 Nothing significantly creative has happened with this tree. All that was required was to allow the tree to present it’s inherent natural beauty to the world. The only magic here is that of nature. No carving tools and just a few feet of wire and some regular pruning. There is, as always with bonsai, a long way to go but regular disciplined and informed horticulture and simple bonsai technique is all that is required. So, is this bonsai art? Or, is the art of bonsai good horticulture? 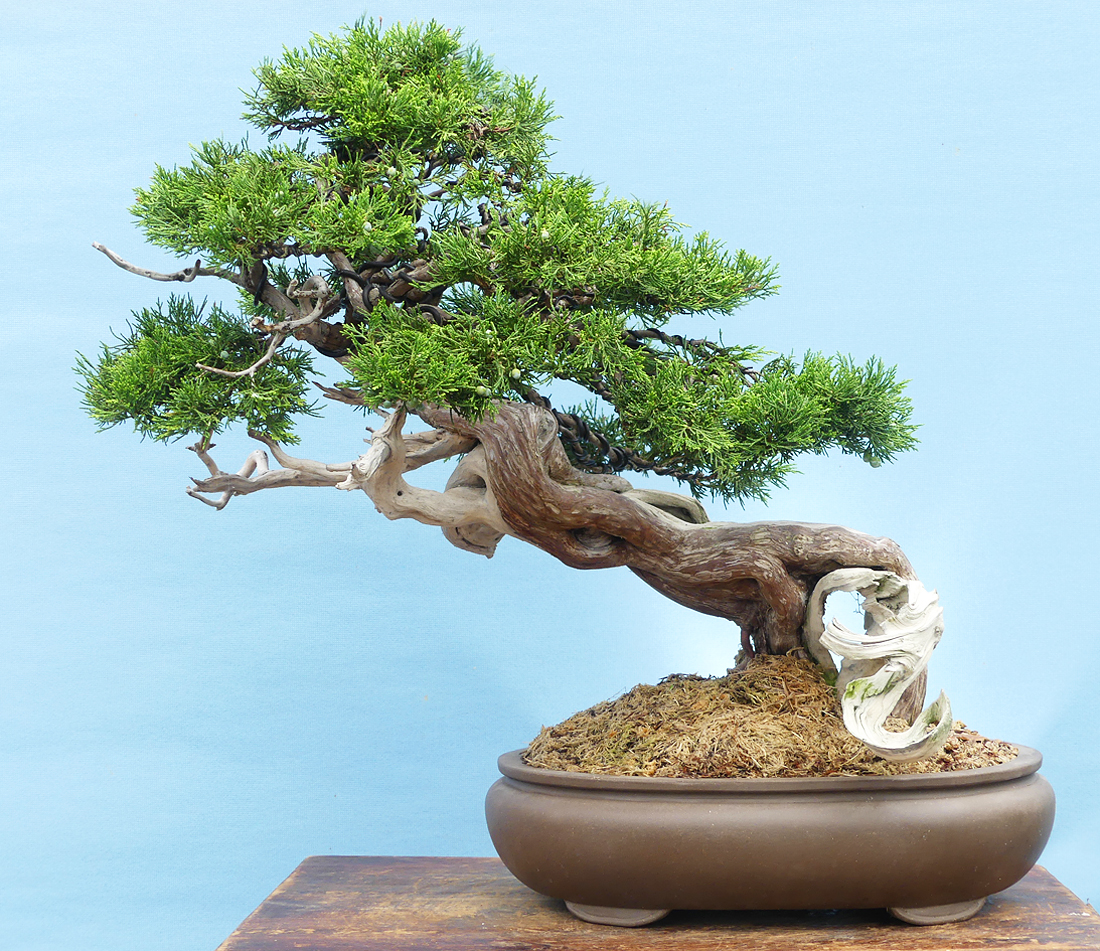 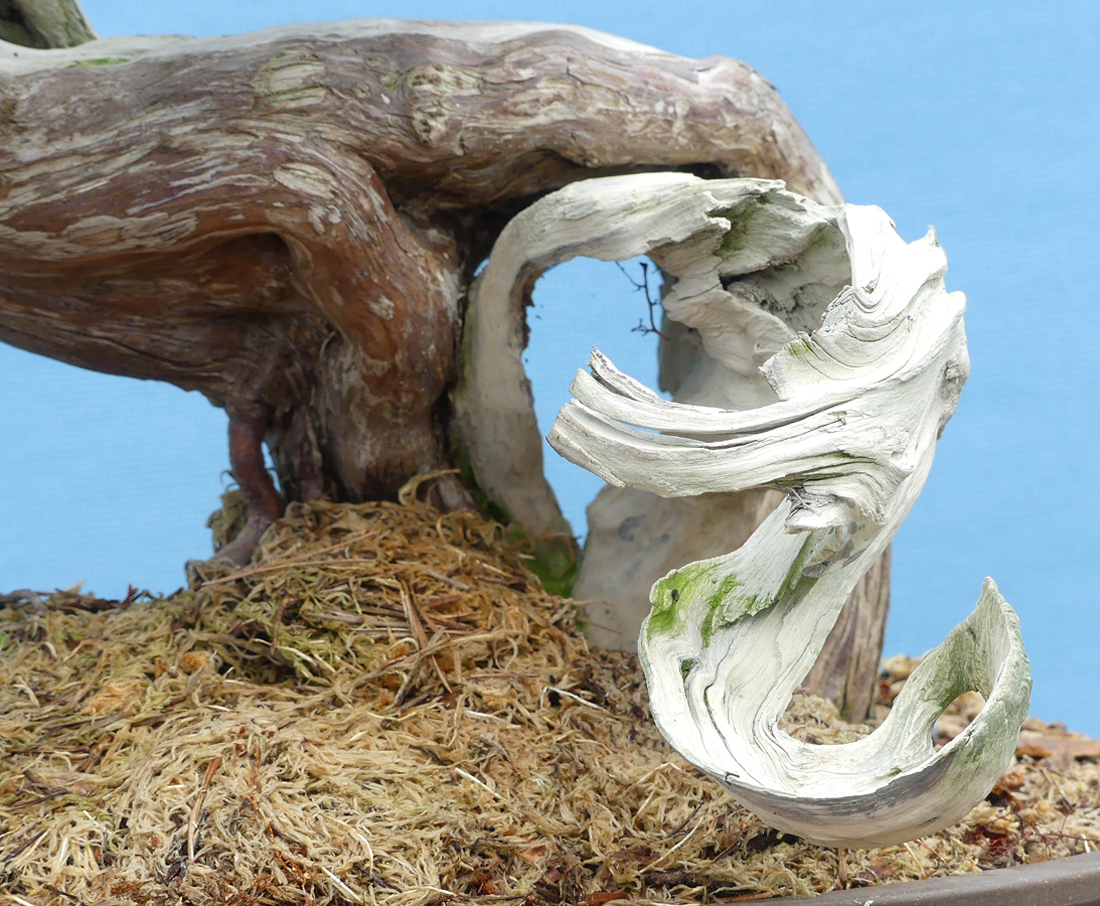