All Change at Kaizen Bonsai

When I started Kaizen Bonsai years ago my only ambition was to handle a couple of orders a day so that Catherine didn’t need to go out to work any more and I could have a toe in the water of something I cared passionately about. Fast forward nearly twenty years and here we are, having turned over multiple millions, with tens of thousands of customers, handling close to twenty thousand orders a year. Who knew that was even possible in such a small minority interest like bonsai, it’s certainly surprised me. I did create something of a monster and some days it gives me a mauling. I often go a whole week and don’t even get out the front gate. Catherine might not need to go out to work any more but then she pretty much does not go out at all. Kaizen Bonsai is run right out of our home, each day many of your orders are piled up in our living room and so we quite literally live at work which is obviously good and bad. Because of that the whole subject of hiring staff is a difficult one.

Having staff in your family home requires careful selection of the right  folk who, ultimately become part of the family. I know a lot of guys who would do a brilliant job but, cranky old me, I could not possibly have them in my house every day. It was, therefore, lucky that we were contacted years ago by Rammon who you will all know. He kind of pushed his way in here initially and over time fitted right in. Eventually we did actually begin to pay him and he has become an invaluable part of Kaizen Bonsai and almost a part of the family. Sadly that is now coming to an end as Rammon will be leaving us at the end of this week. He is moving away and I don’t think six hours commuting each day is really practical so we have to part ways, which is sad.

For such a small company that’s a big deal. Since my daughter Sarah has been with us full time (about a year and a half now) life has been a lot easier for us all, she has really stepped up and taken on a lot of the day to day despatch of orders etc’. Way back when I started I had a deep secret hope that Kaizen Bonsai could become a family business. Whilst my parents have ALWAYS helped out they never really wanted to get involved so that just left Catherine and myself. When Sarah came on board I was thrilled.

This Saturday I will be (in a sense) losing my little girl as she is getting married to Richard of whom I approve entirely and, if you know me, you will know that’s almost impossible. Last time I checked Sarah was in her mid twenties and I have to say it’s about time. Thanks to YOUR support of KB we have managed to help them get set up with a nice little place of their own. Because we lost Sarah’s mum when she was very young Catherine and I have never really been alone. There was no honeymoon and largely because of the pressure of a small business we have never had any form of family holiday, in fact Catherine and I have never had a single night away from home other than for work. However now that everyone is set up and everything is paid for I feel better about the outcome of all that.

So, having said all that it’s pretty obvious what the next episode looks like. Richard joined the Kaizen Bonsai team a couple of weeks ago and will be initially taking over Rammon’s daily workload before hopefully doing a lot more besides (he does not know that yet ;-). This week Sarah is off doing her massive wedding stuff and next week both of them are off for obvious reasons but on 3rd of December 2018 Kaizen Bonsai will officially become a 100% bona-fide family business and will be entirely responsible for the support of the Potters and the Newarks. I am both proud of that and eternally grateful to all of our customers for their support without whom none of this would have happened. We wish Rammon well for the future and I have to thank him for his significant efforts in helping to build Kaizen Bonsai and look forward to future collaborations.

So, I have a new family member in the offing, a new member of staff, a shit load more responsibility. I have a beautiful new blazer, the shirt is pressed, the car is cleaned and despite all the doom and gloom out there I have to say 2019 is shaping up to be a pretty good year already unless of course I get pissed at the weekend and fall down Dad dancing and bang my stupid head. 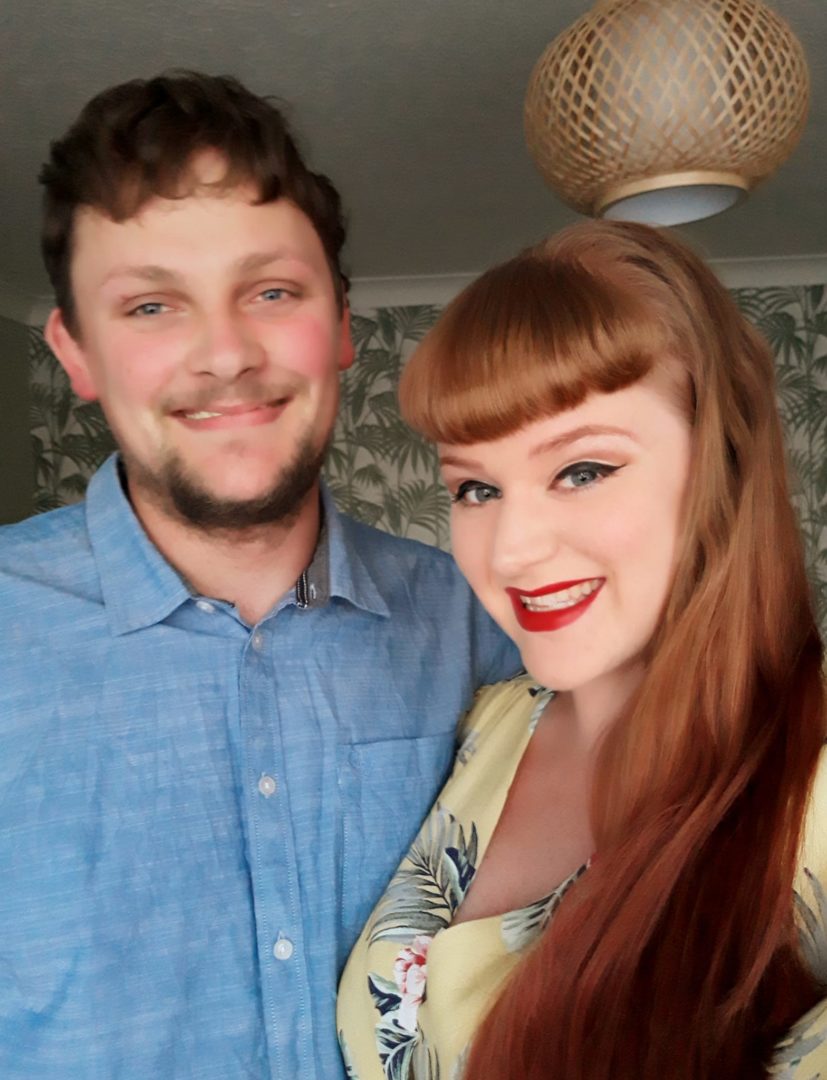 Sarah & Richard in their new home.