Please Help Me – All Sorted!

Most people my age are desperately trying to simplify their lives. Apparently everyone is really busy and leisure time is at a premium. Once the kids have finally left home for the last time us old gits only really have retirement to look forward to (not me, no pension) and so I am told we should offload as much as we can prior to getting the big E’. After all (again i am told) I can’t expect to do what I used to twenty years ago. You’ll not be surprised to know I say “Bollocks” to that.

Being ‘comfortable’ is not a natural condition for a human, striving, grafting and fighting for every inch is what we were designed to do. Looking to nature just consider plants, what happens once they stop growing and flower? They produce fruit and then quickly go to seed before withering away. That’s fine if you are a tomato plant but not if you are a father, husband or son (daughter etc’). The more pressure that’s applied to us and the more that’s expected of us the more we produce and the more ingenious we become in order to handle the loads put upon us. As far as I am concerned once I reach the point in life where I stop taking on and doing more, call time and say ‘enough’ it’s just a matter of time before I go to seed and become compost myself.

The last few years I have been working harder at everything I do than ever before. I might not be doing so many hours as I did in my twenties but like my old boss used to tell me ‘It’s not the hours you put in but what you put into your hours’. On the outside it might not appear much is going on but since I started Kaizen Bonsai in 2014 our turnover has increased something like fourteen times over. Thats going on 1200% more than what Bonsai Mart was doing when we took it over. We still only have four permanent members of staff but I am told it’s impossible to turn over the figure we do per head. I am a stubborn cantankerous old sod and being told I can’t do something is like the proverbial ‘red rag’. Just imagine what I was like as a kid!

I really don’t want a medal, a pat on the head or even thanks but I could seriously do with some help. Part of getting older is realising that some folk are better at some things than we are. I’m crap at accounts and even worse at anything ‘tech’ so I let some very good people take care of that for me.

Of late I have been complicating my life by expanding our business into some new areas as well as increasing the range and scope of what we have now done for years. One thing I have done is bought up every bonsai tree and bit of bent stick-n-leaves I can find. As a result I have a few plants I am at a loss to identify. I know there are a lot of folk who like to read the old cobblers I write and than many of those good people are very knowledgeable about bonsai and the plants we cultivate. In the past I have been put right more than a few times by my readers and customers. I am always open to learning something new and as such love to get unusual and unknown plants onto the nursery so I can learn about them.

So here’s a little bonsai quiz. What on earth are these?

So, all sorted now. Sincere thanks for those of you who put me straight.

Plant No2. Acacia arabica of the family: Leguminosae. It is estimated that there are roughly 1380 species of Acacia worldwide so this ID is likely a bit vague.

Plant N03. Calliandra brevipes. Pink Powderpuff is an attractive shrub with finely divided leaves and clusters of red powder-puff flowers. It is native to southeastern Brazil, Uruguay, and northern Argentina. 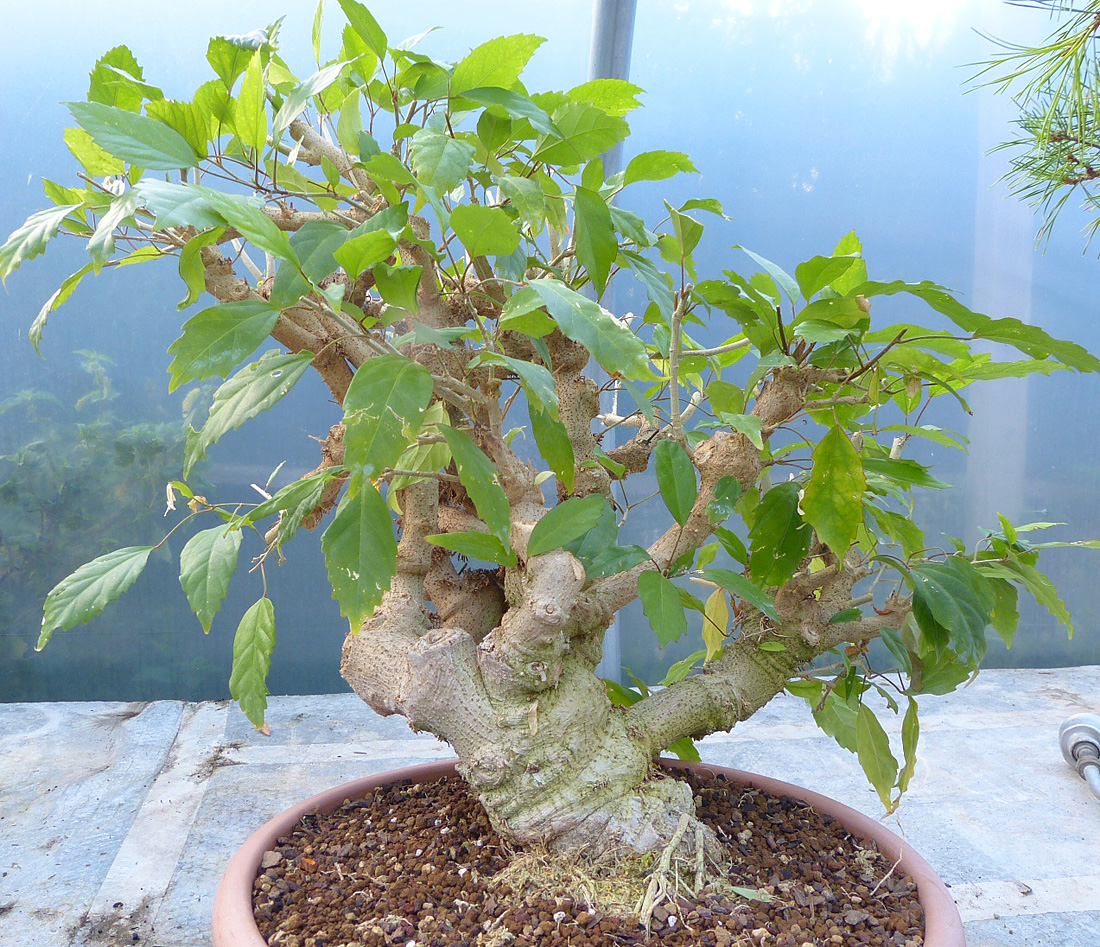 1. I am pretty sure I was told this is hibiscus and has red flowers. I have other hibiscus and they look nothing like this does. 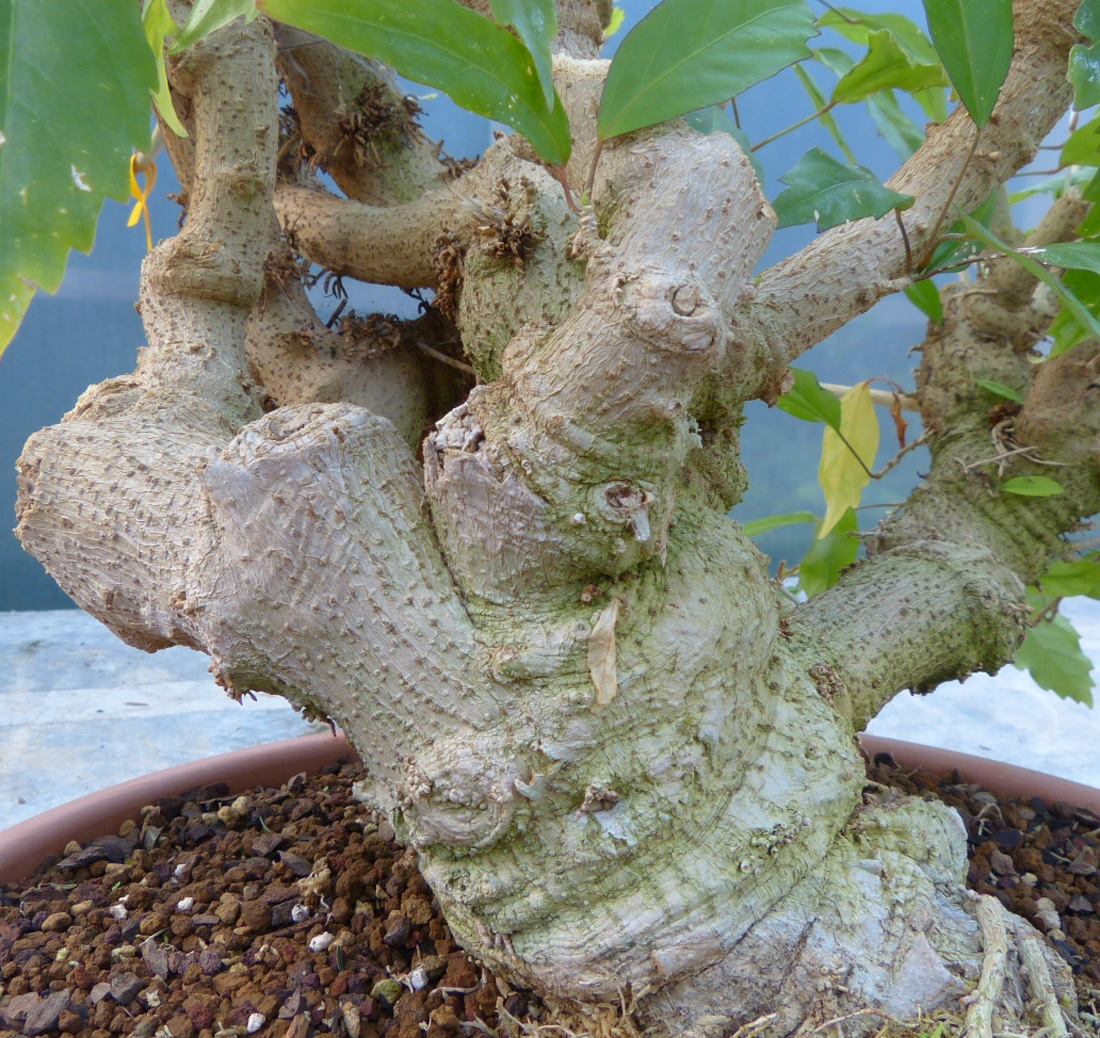 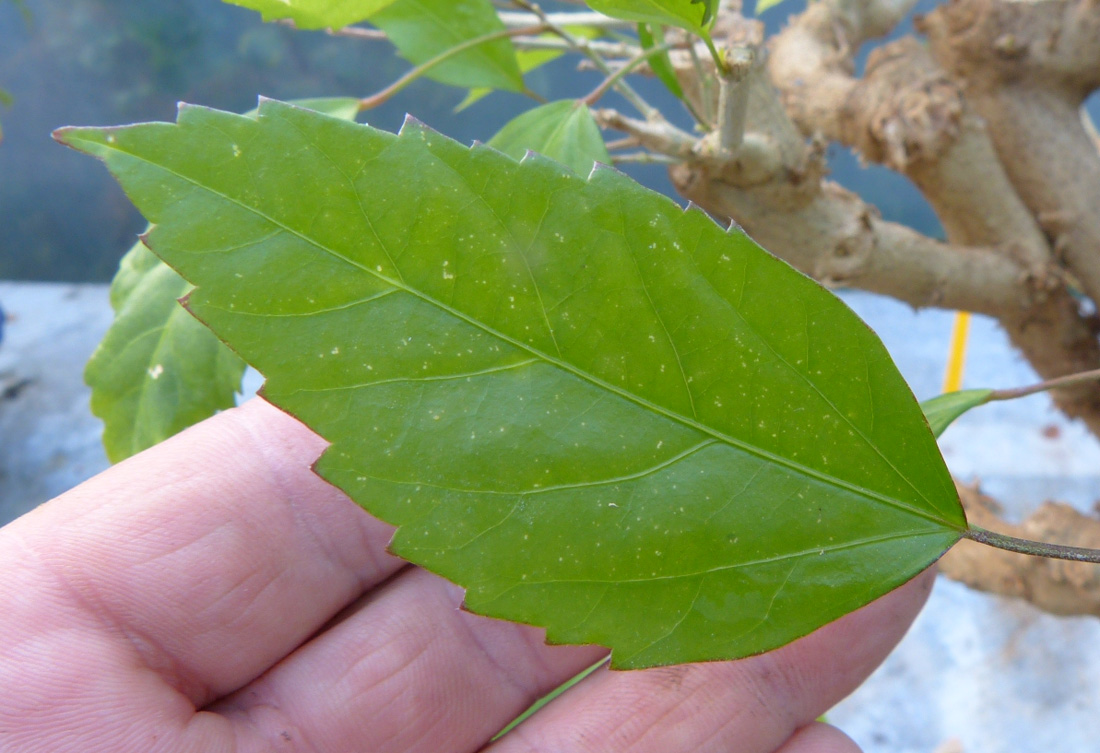 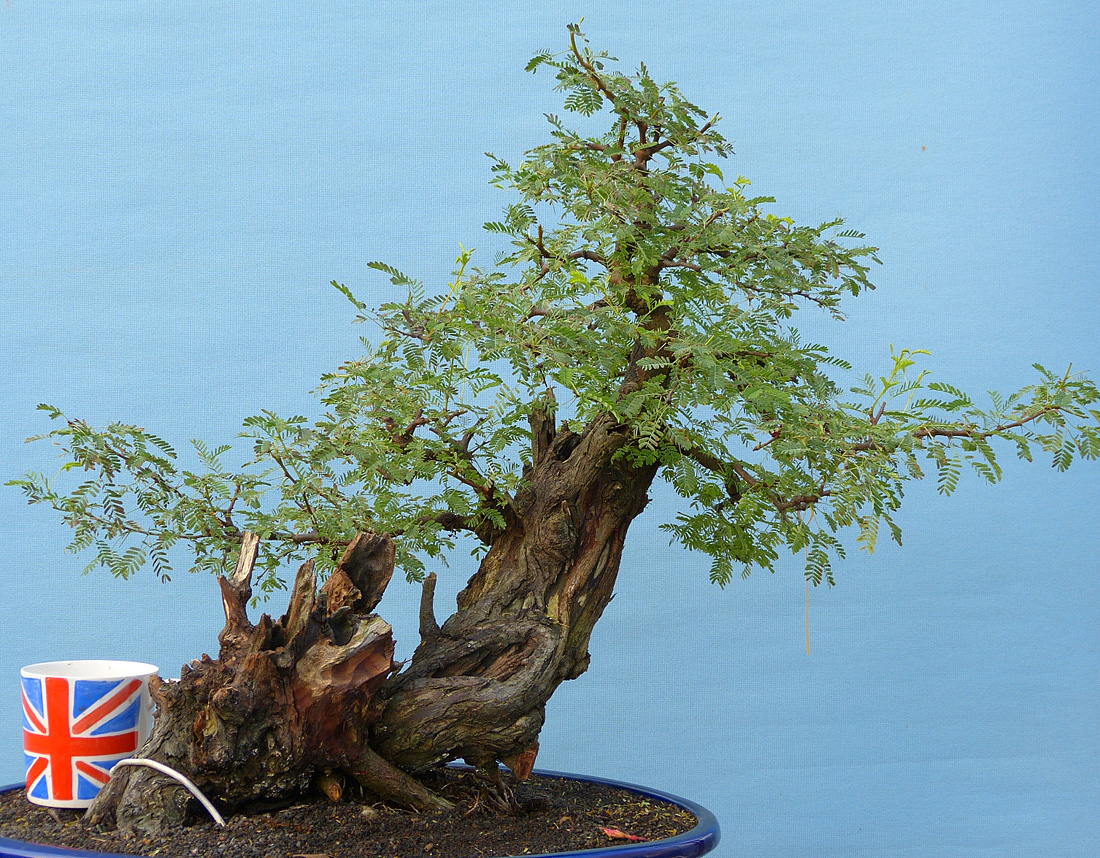 2. This was sold as acacia. It has thorns so that’s probably correct but there are over 1350 different types in the genus 🙁 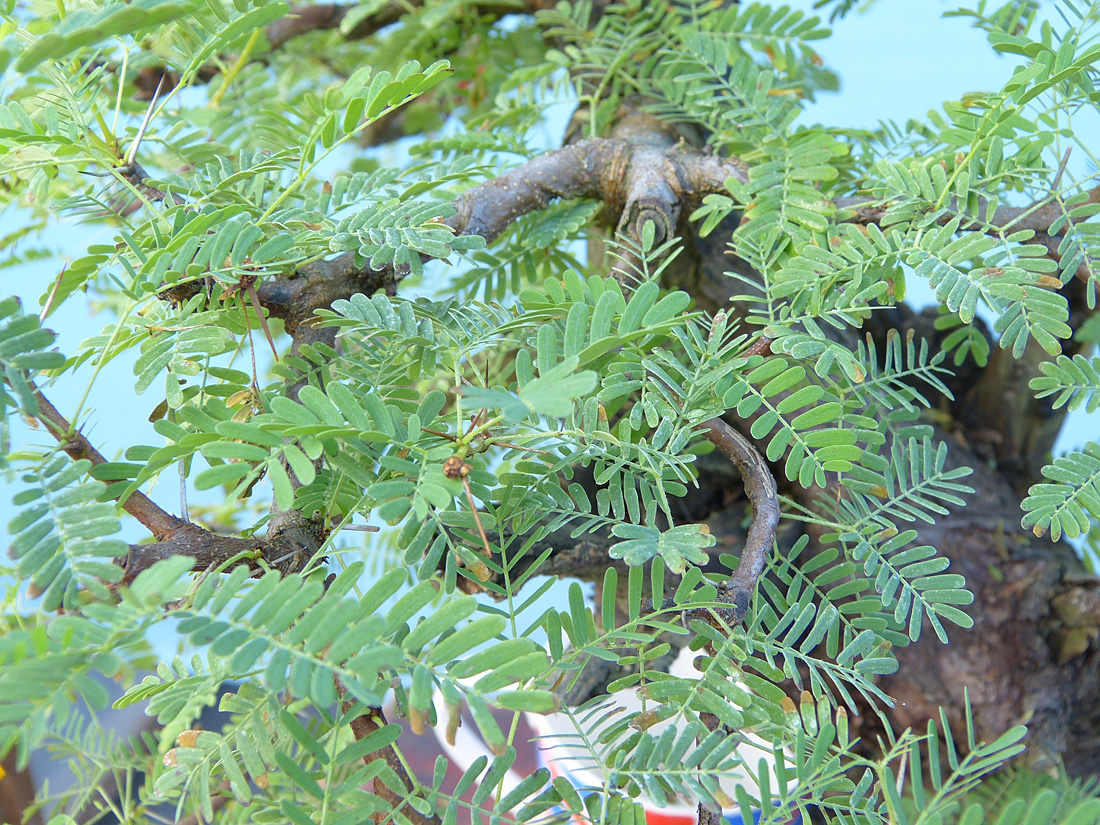 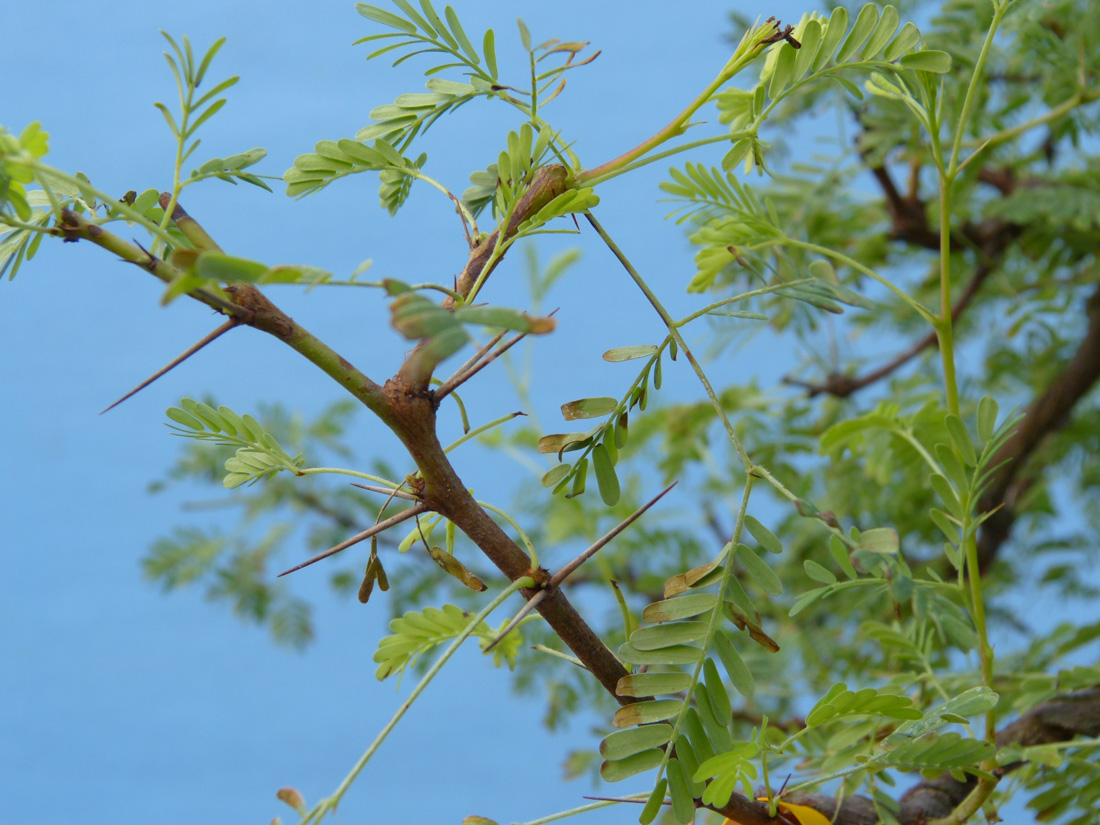 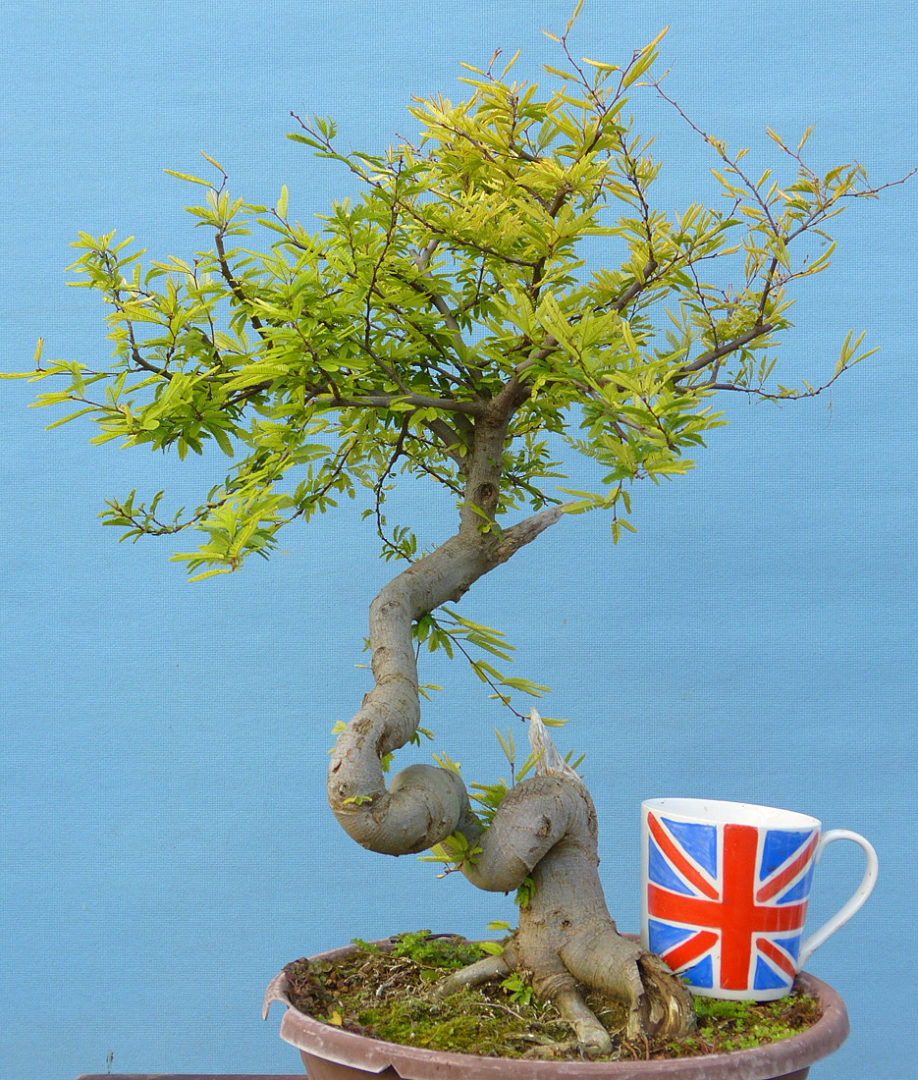 3. I didn’t even buy this one, it was thrown into a deal and I have absolutely no idea what it is. 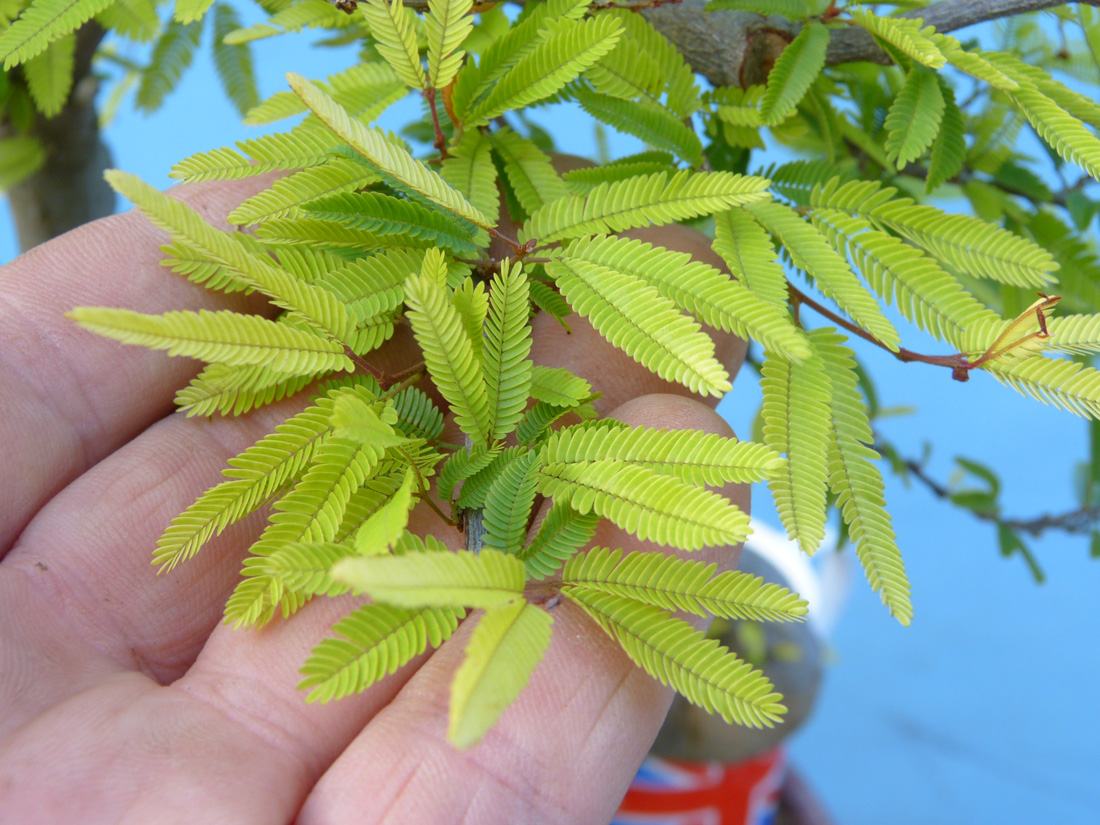 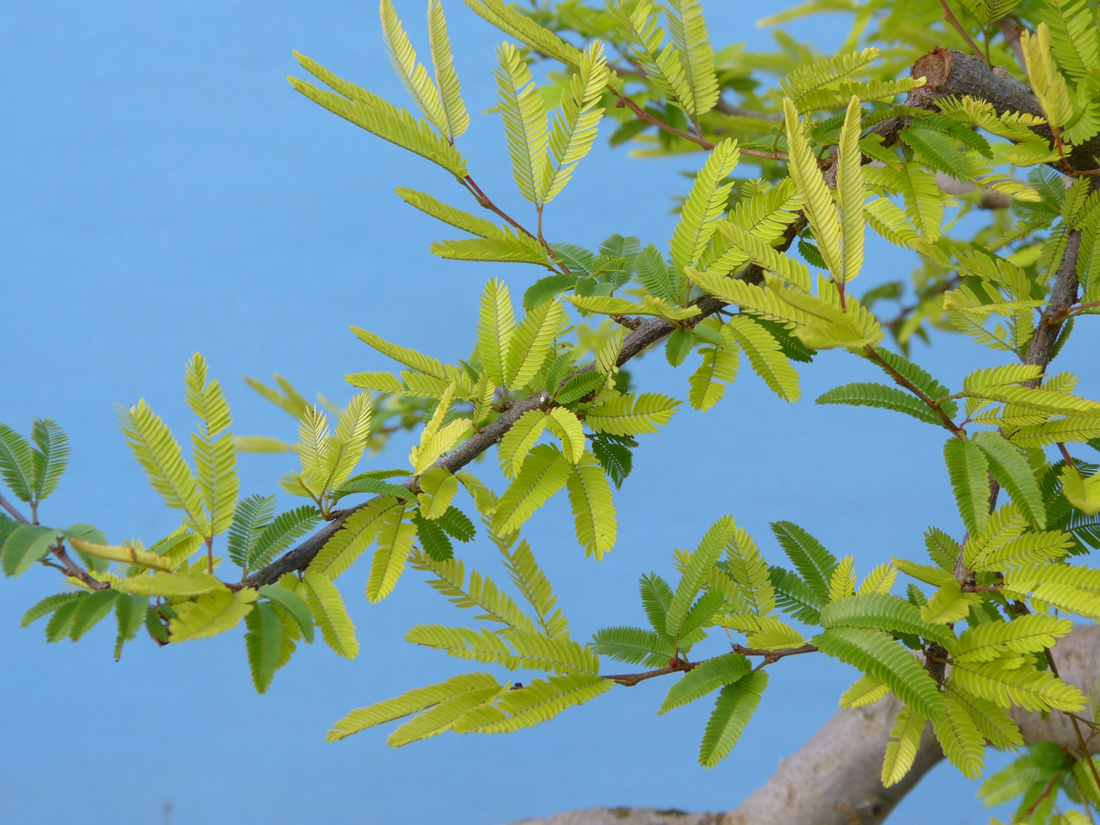