Don’t Know How I Find The Time

Just got back from a week away buying trees. A simple premise really, stockpile money all year, jump on a plane and come back without a penny. Sounds like the best job in the world right? This year I spent three times the price of my first house on hundreds of trees including some BEAUTIFUL Japanese specimens and top shelf yamadori. To be honest it’s absolutely exhausting, most folk spend hours choosing a tree to buy, try buying a hundred and fifty a day. All told we have the best stock of my life on the road right now. Stay tuned!

This being me things couldn’t really be that simple could they? Not content with buying my stock and catching up with some friends this turned into a trip from hell. I am antisocial to my core and hate crowds, even small gatherings and avoid most people like the plague. Whenever I get into a crowd I alway seem to end up with ‘the plague’. Last year I came away from Noelanders sick as an old dog. This year, on the second day of my trip I came down with what turned out to be a brutal bout of flu that I am still under the influence of, no doubt thanks to Ryanair. Poor Stuart, my long suffering best mate and travelling companion, what he had to endure was second only to what I had to. I think this is one of the first times I have had flu in my life and on the back of my other health woes this year things have not been good. Sorry Stu’, and thanks. Had Stuart not dragged me out of bed I would not have bought a single tree and would have still been languishing in the hotel room even now.

The trouble with owning a business is that you can’t go off sick. If you can’t stand there is sitting down work. If you can stand but can’t walk we will carry you to the work bench to get on. If you can’t stand or sit we will put you on the phone, in bed. It’s 22 years since I took a sick day, the small business owner has to work every day unless he’s dead which I am working on 😉

So I have just about managed to keep the momentum going and despite hacking, coughing and shivering with hot and cold flushes and nasty joint and muscle pains I did get these two knocked out over the last few days. Please send medals to the usual address 😉

First up is a privet we pulled out of a garden about 4 years back. This was the worst of five and just a chopped off stump. I knocked out the middle two years ago, selected a few branches and bent in the right general directions. Some wire and a little more carving and the tree has a future.

Next up was an elm I bought in Italy last year. Nobody wanted it so some work was called for. I hate having to work trees like this where someone has previously messed with them. The carving on this one was pretty pointless but with a little care I all but rescued it. I think this is going to come good in the end. In my book there is no such thing as a bad elm or privet, love ’em to bit’s, literally. 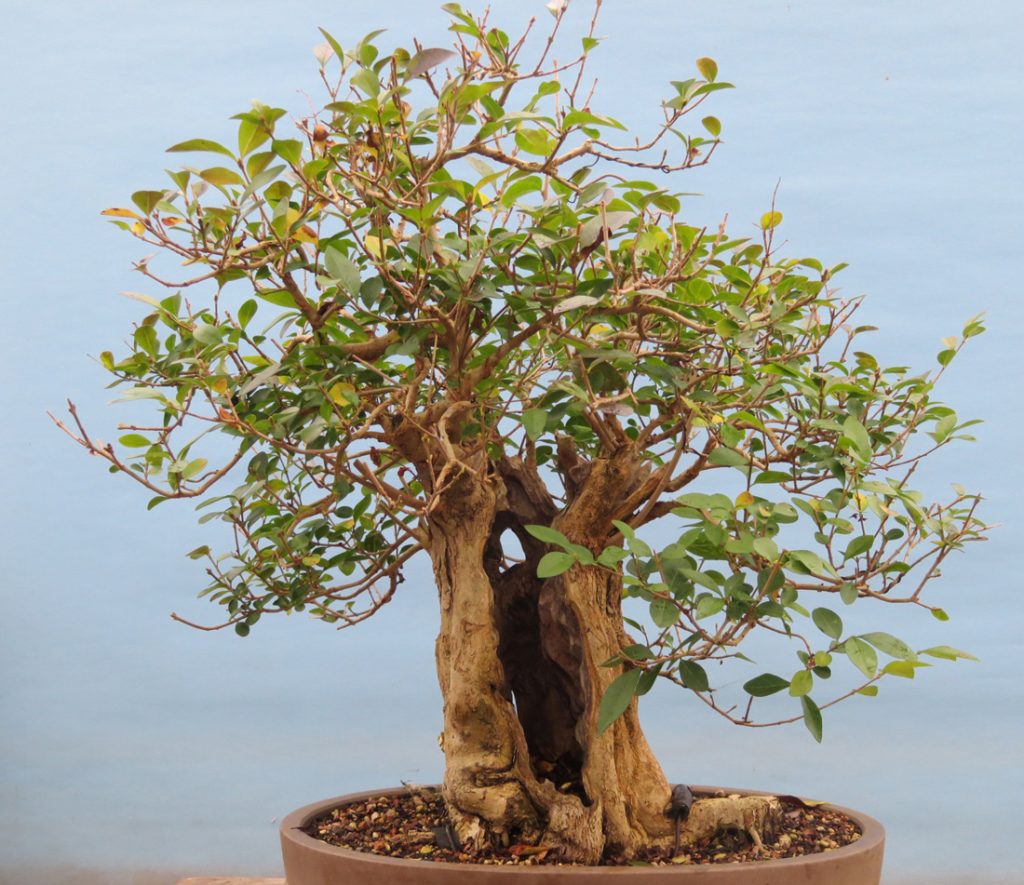 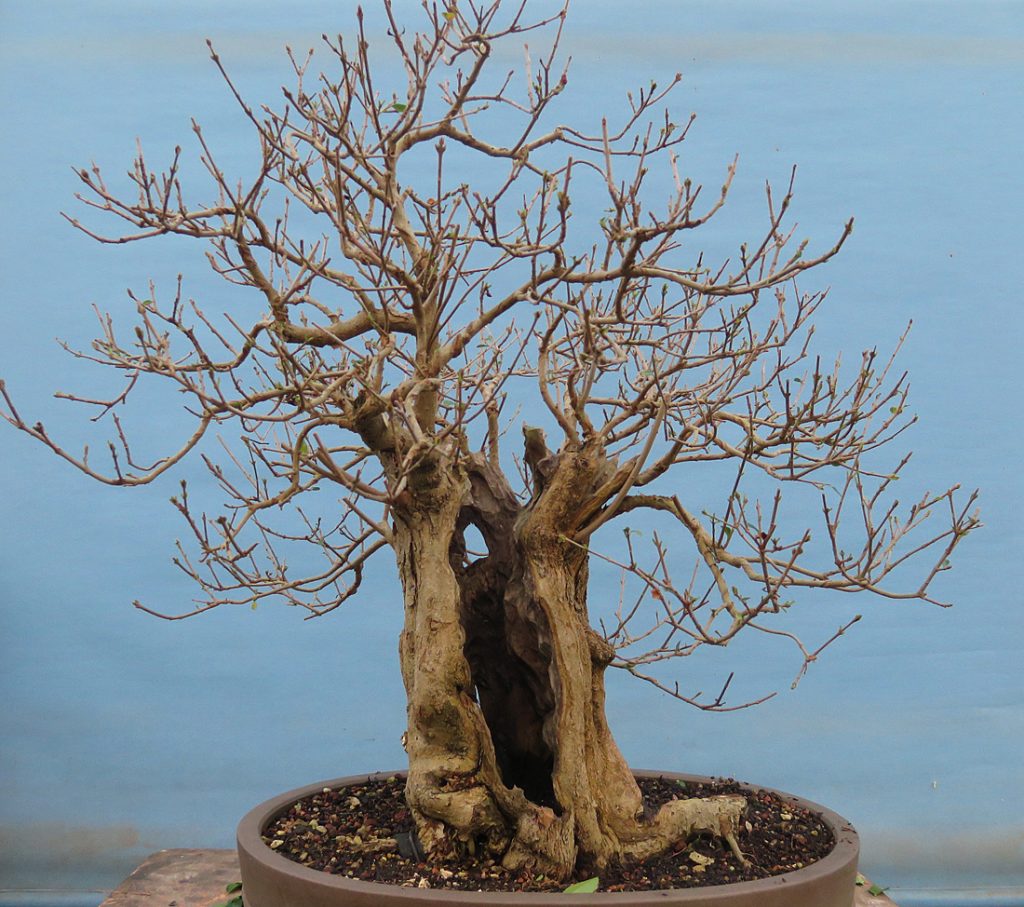 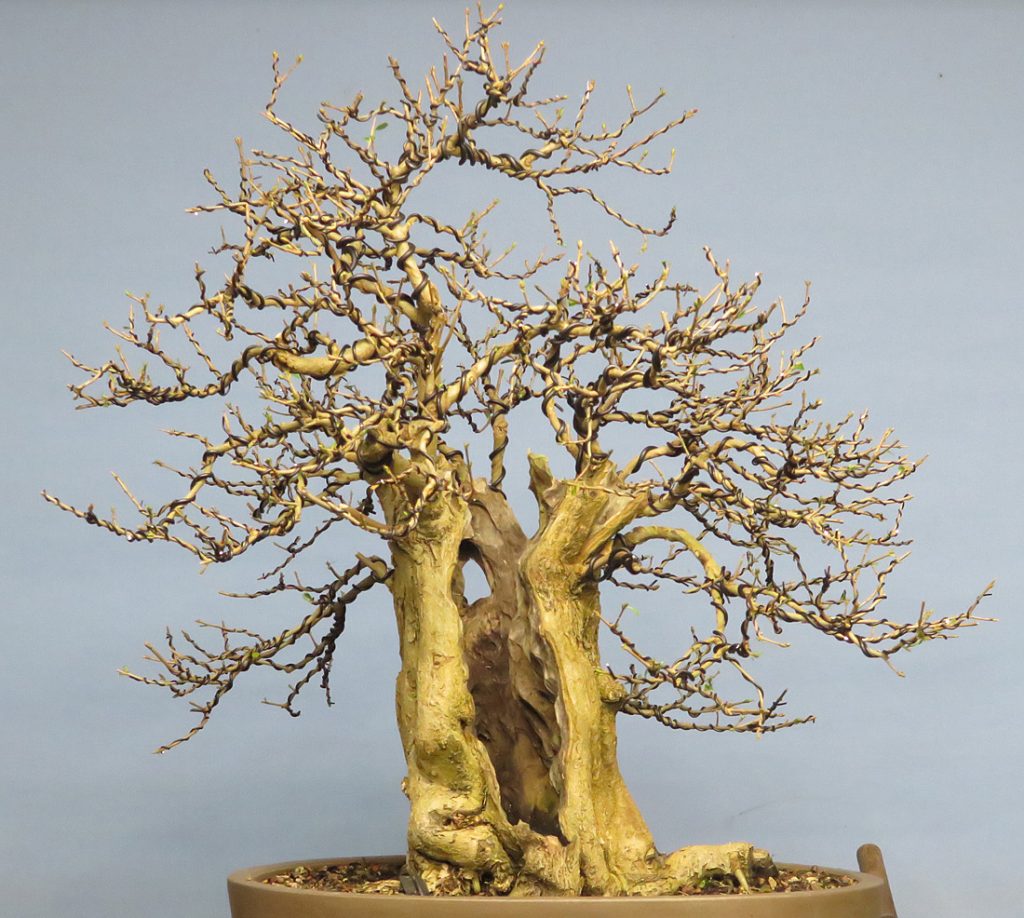 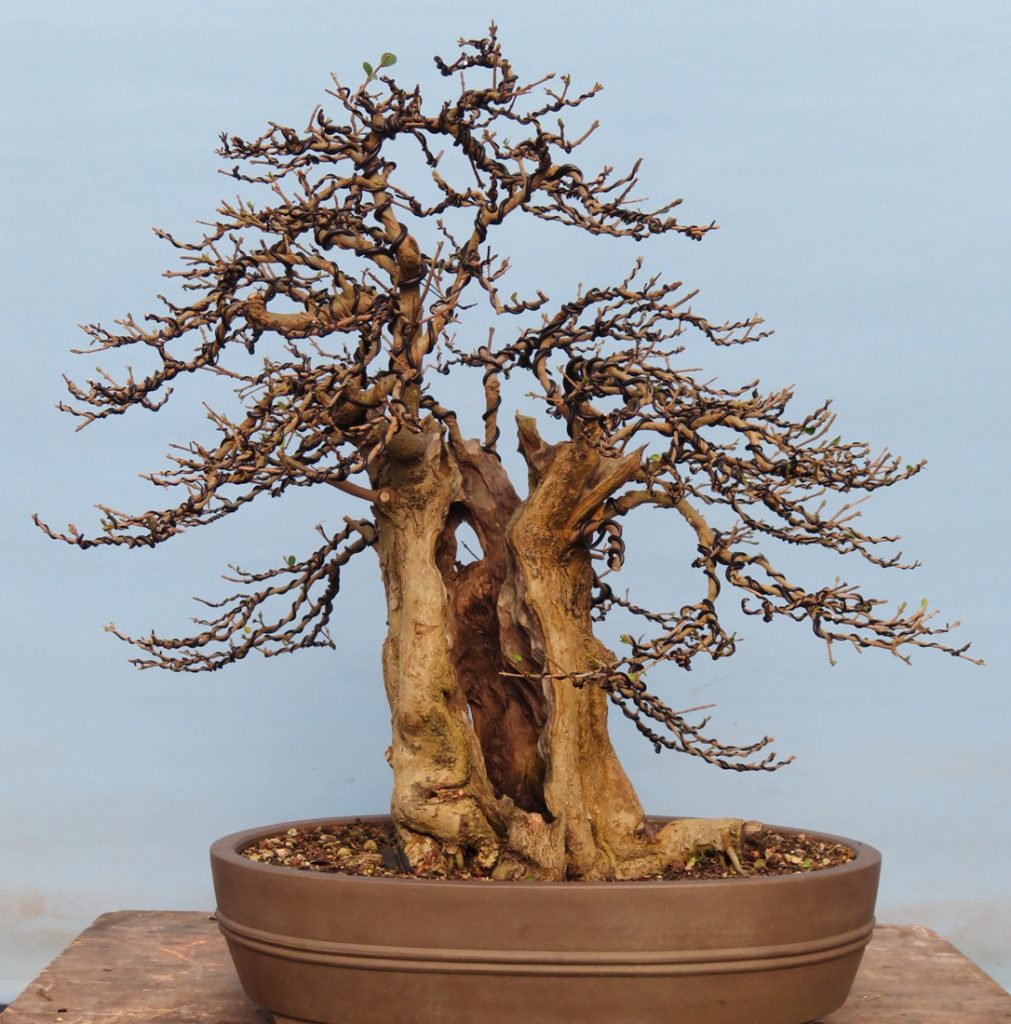 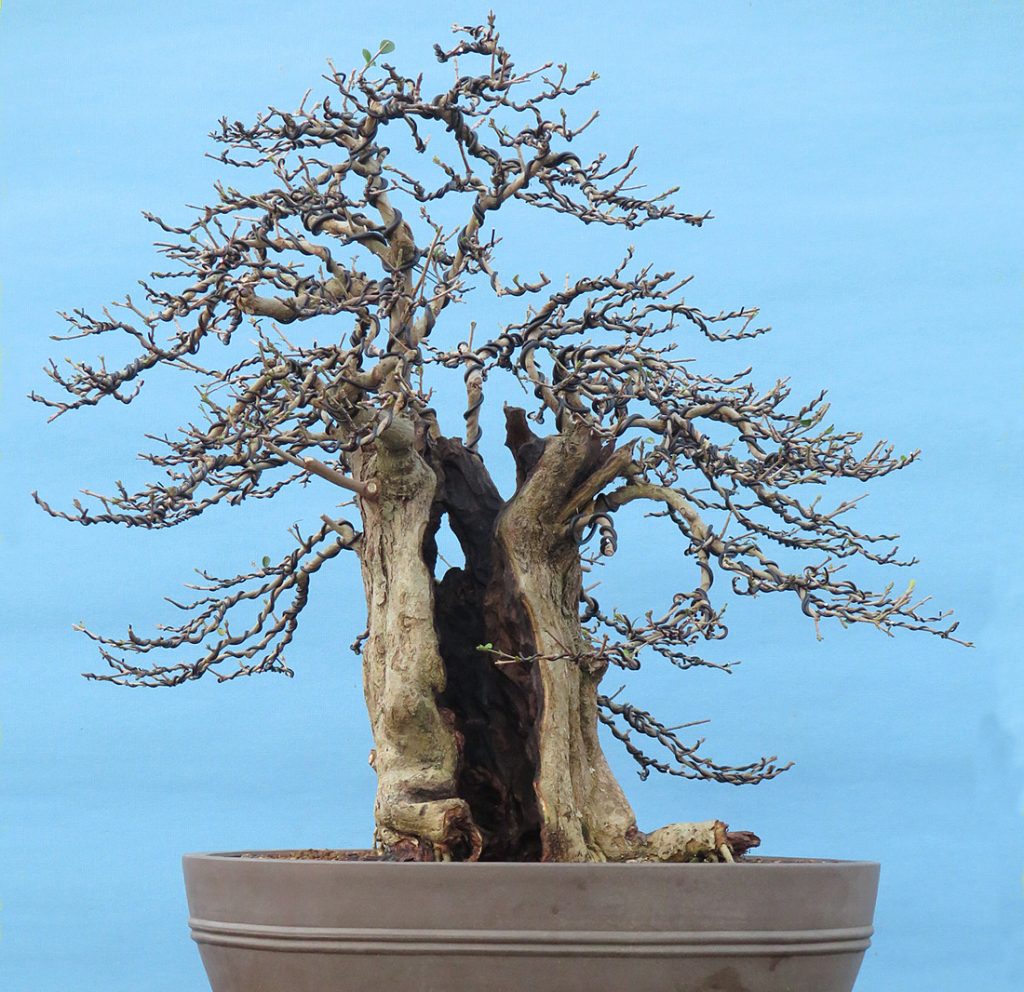 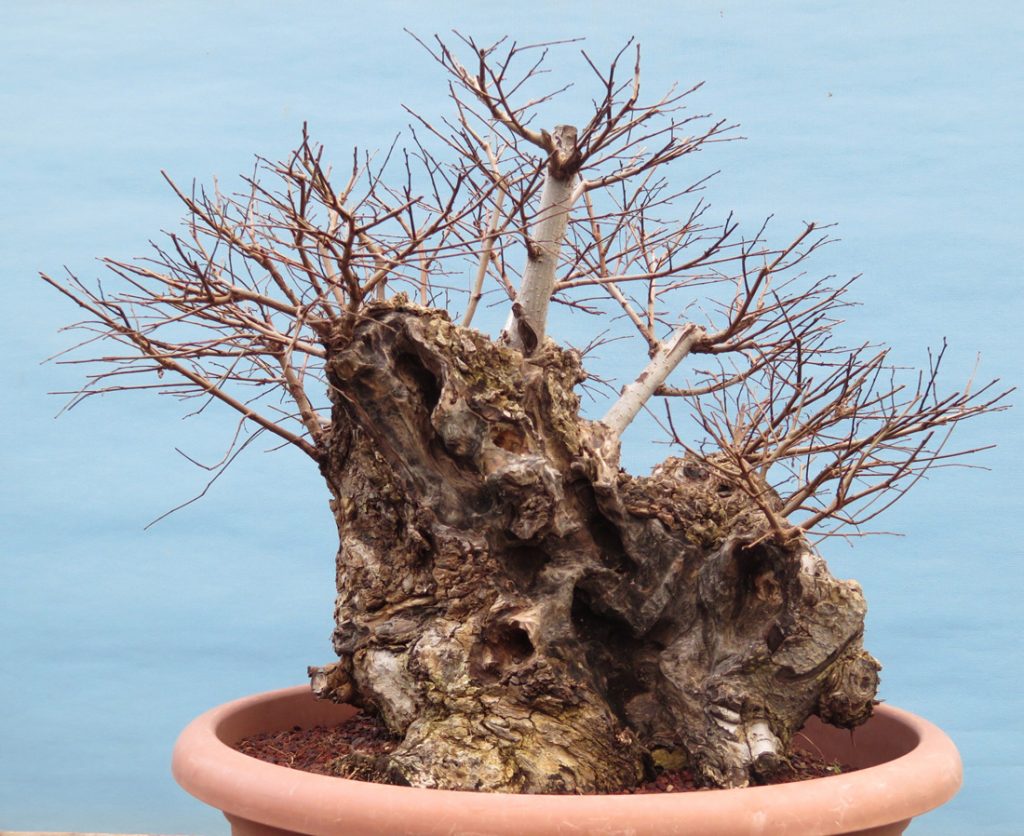 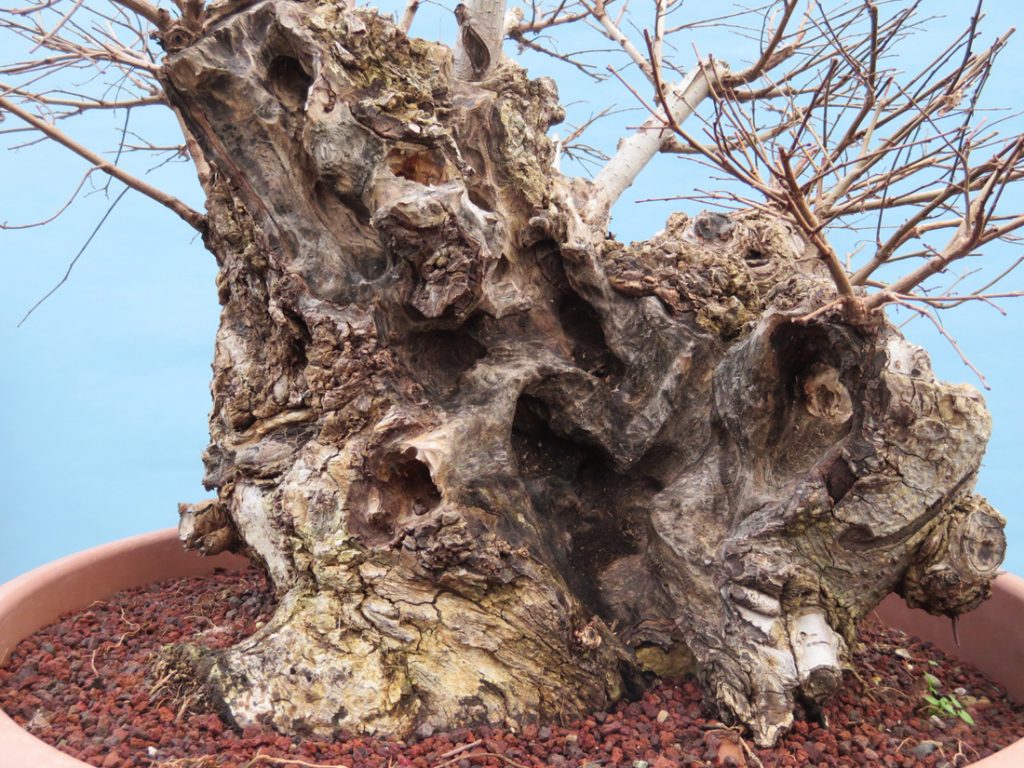 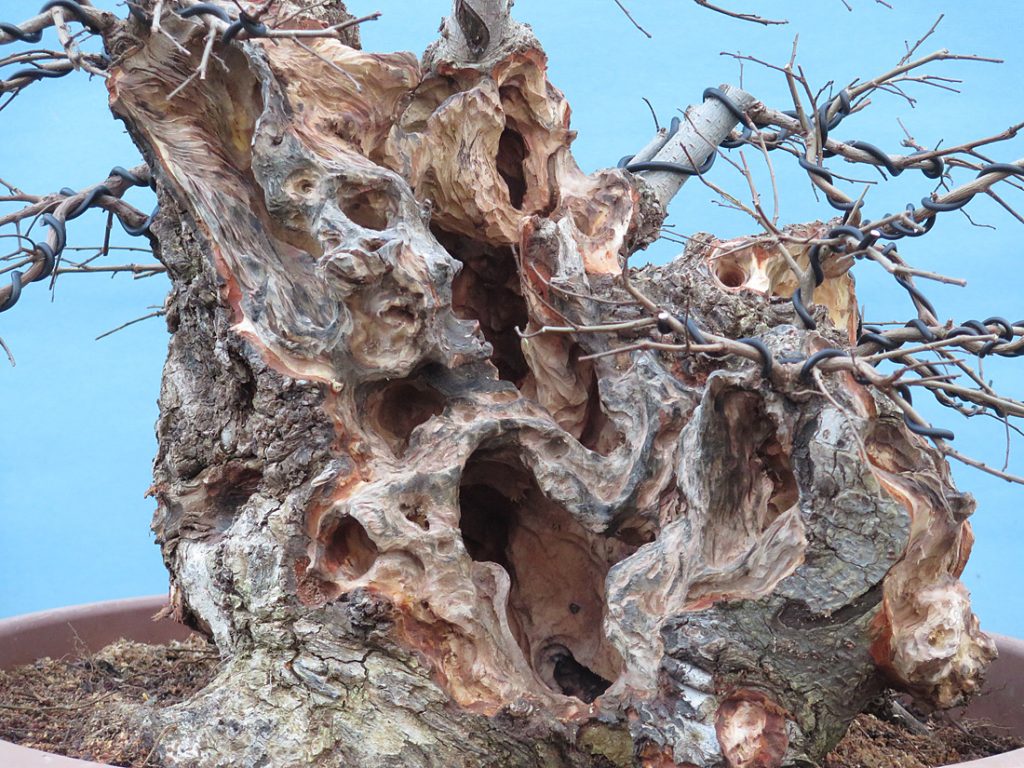 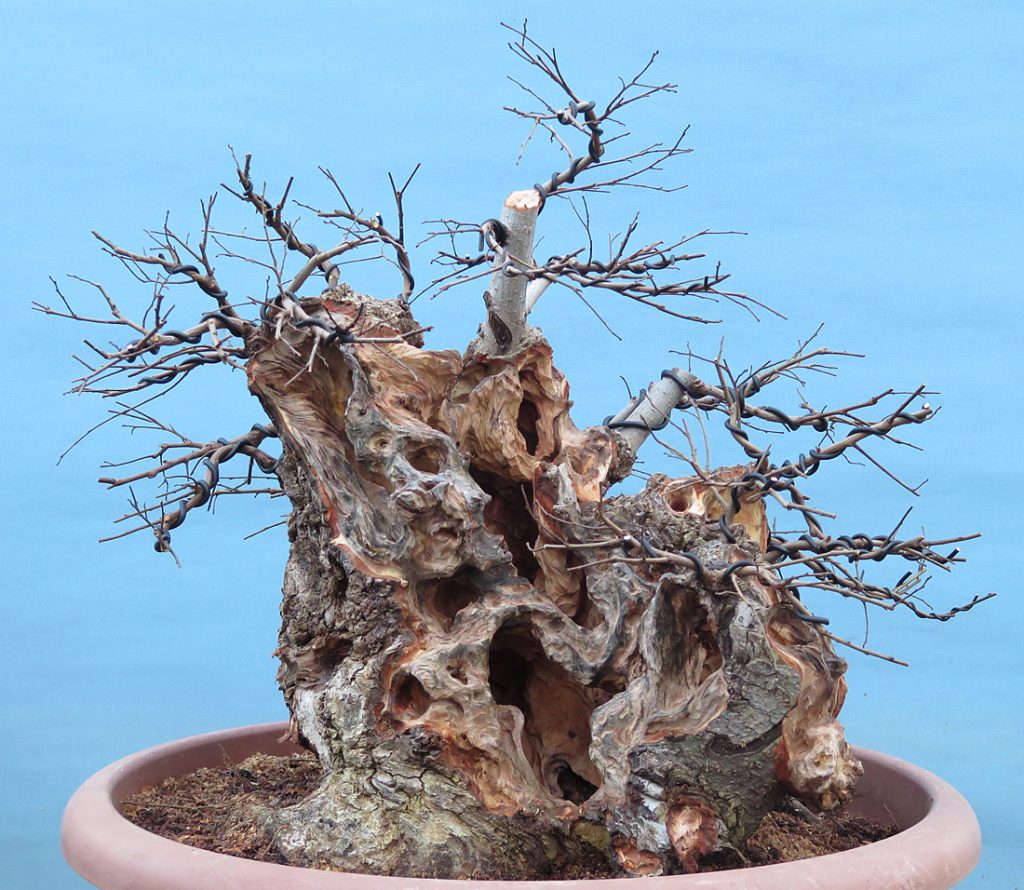