Time To Get To Work

In the UK summer is such a precious commodity we have to squeeze every drop of goodness out of it. By and large we don’t work trees over summer except for a few maples and the constant pruning back of fast growing broad leaf varieties. Making the most of that tiny handful of long warm days so our bonsai make the most growth possible, by and large, means leaving well alone other than watering and fertilising. After thirty years of constant disappointment in the summer weather I have come to the point where I am just thankful for small mercies.

This summer started of with GREAT promise, an early spring, beautiful clear sunshine and temperatures ten degrees warmer than normal. Living near the coast the spring is typically much later arriving than it is inland but by June this year we were in the twenties and I don’t remember that happening before. All this bode well for what is traditionally the hottest period of the year here, July to mid-August. A couple of days into July I opened the door early in the morning only to be greeted by a slight chill (normally happens at the end of August), the first harbinger of autumn. Incredibly since that day the temperatures have been falling. In thirty years cultivating bonsai this is the first time I have seen autumn colour in August! I kid you not, we had trident maples turning yellow and red nearly a month ago. The parthenocissus on the garden fence is, as I write, turning red at least five weeks early.

Being a glass half full kind of a fellow ( ?????? WTF) and putting a brave face on the cruel British climate we may have lost some growing days but at least we can get to work a bit earlier this year. Because trees are busy growing in summer we always wait until that’s all over before we begin working lots of our yamadori into bonsai. That way we have a lot of new foliage to use and the trees energy levels will be high. I normally have a pretty frantic autumn trying to get a bunch of trees worked whilst getting ready for ……..CHRISTMAS (yes you heard it here first in 2017). However this year I have started a month early with this evergreen Barbary oak. 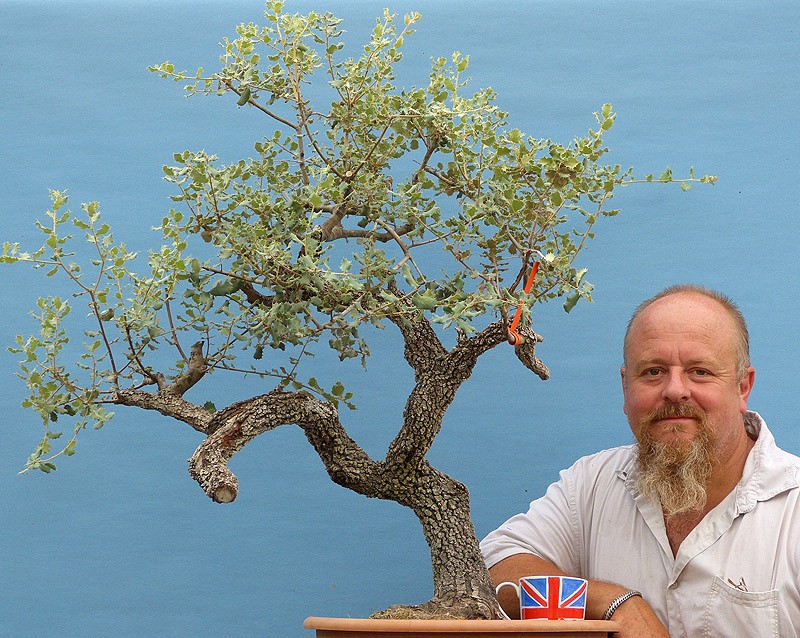 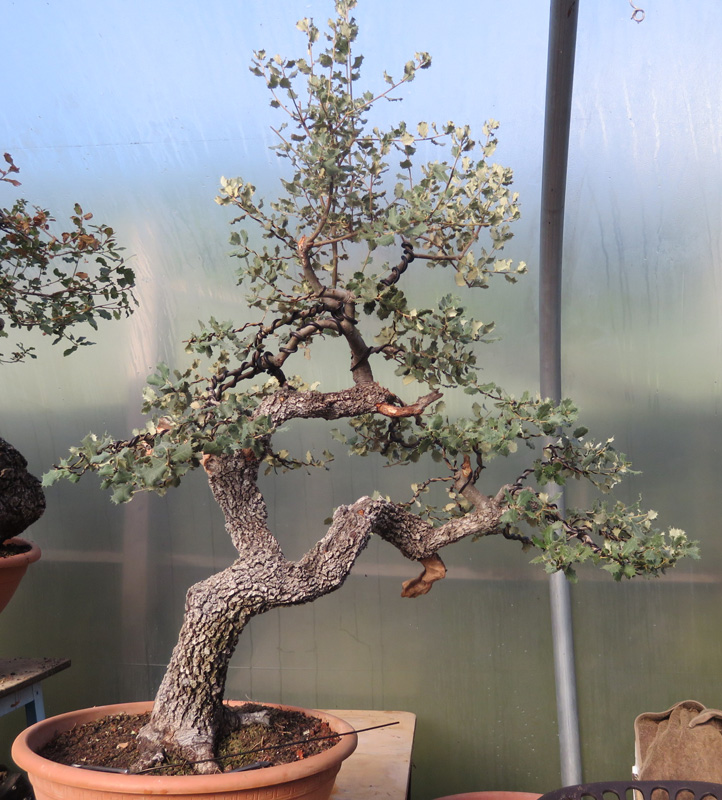 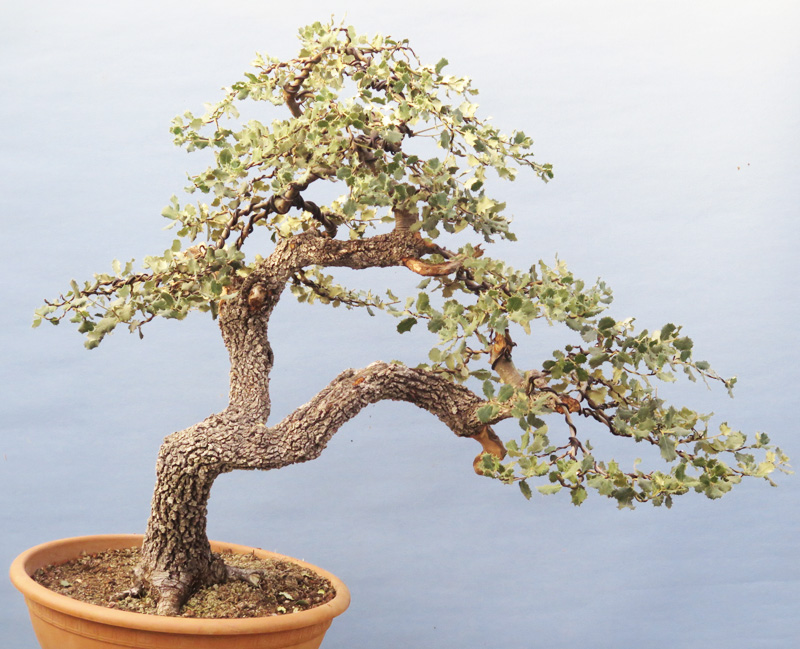 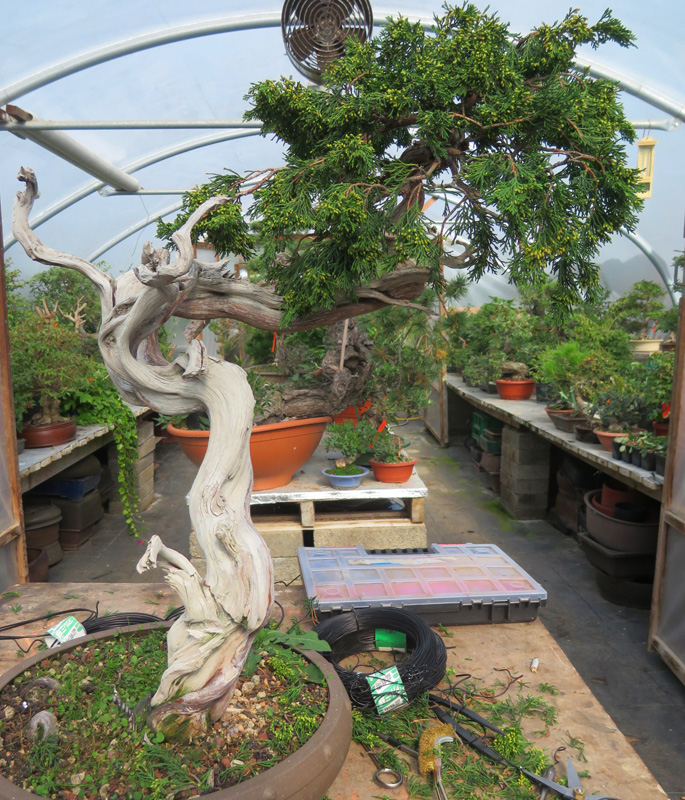 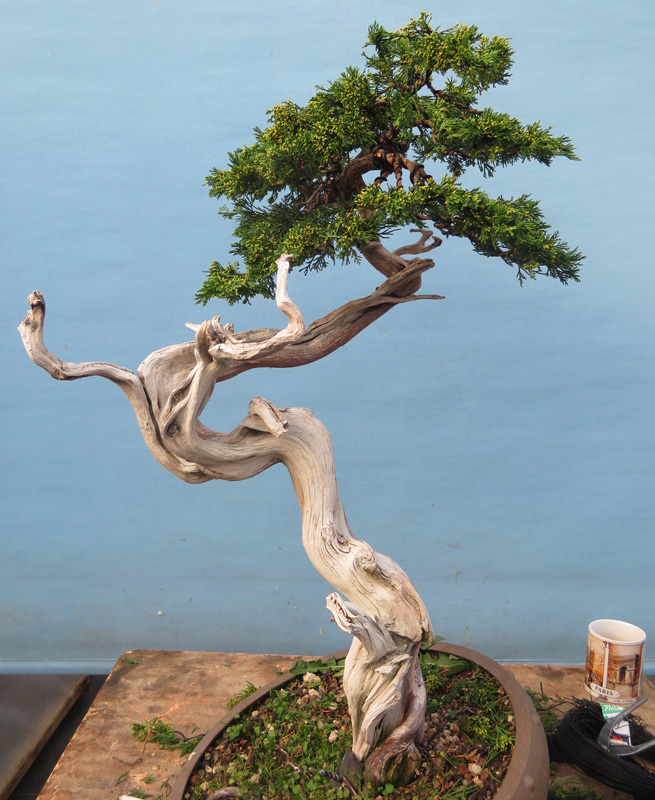