It’s almost impossible to believe it has been nearly thirty years since I bought my first bonsai tree. A great deal has happened since then including Kaizen Bonsai and an inconceivable number of trees have passed through my hands. One thing that happens from time to time is that one of my old bonsai come back to visit. Sometimes they have suffered a bit but more often than not (much like me) they have improved with age. That happened last weekend when I went to visit my long suffering best mate Stu’. There was a bit of wheeling and dealing going on (always) and i was very happy to leave with this little elm, amongst other things.

It seems like just last week we had to move house in order to accommodate ever increasing volumes of bonsai trees. In fact it was just over ten years ago. Some parts of our house are reported to be nearly four hundred years old. When we moved in I would say that’s about how long it had been since anyone had performed any garden maintenance. At the front of the house were about six thirty foot high dead elm trees with massive trunks. I got these knocked down by a couple of very dodgy ‘geezers’ who appeared at the door one day. The resulting huge pile of fire wood was very welcome since we had very little in the way of heating.

These old elms had been retaining a five foot earth bank which needed sorting out so my faithful old Dad volunteered to get the huge stumps out for me. Now most of you would excuse a seventy year old from such a task but then you probably don’t have an old man like mine. Strange as it might sound there is NOTHING my dad loves in this world more than digging big holes, he spent over thirty years replacing huge gas mains under Norfolks roads and that was back in the day when men were real men and deserving of the title. Digging out was largely done by hand and my old fella’ could dig for ten hours straight seven days a week. A few three and four foot tree stumps were hardly going to faze this seasoned old warrior of the shovel. Next day the stumps were on the lawn and the holes filled in good as new and not a bead of sweat to be seen. Dad strolled into the yard and handed me a little ball of dirt and stick “Not sure if you could use this?”.

I have always said it takes at least ten years to build a bonsai from raw material (in the UK). This little elm survived it’s ordeal and was quickly spirited away by by Stu’ who has a slightly worrying affection for little fat trees. There is plenty of room for improvement, that’s always the case with any bonsai tree but, from now on this little elm is staying here where it belongs. Maybe one day when I am to old to do this any more I can return it to the exact spot where it started it’s eventful life 😉 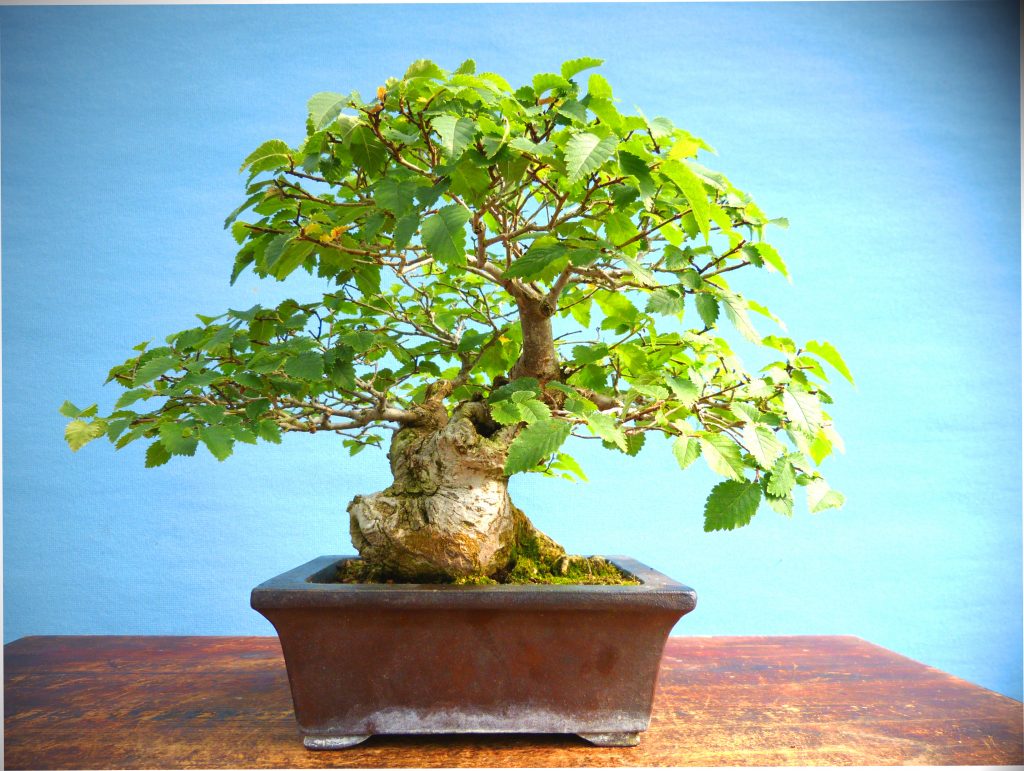 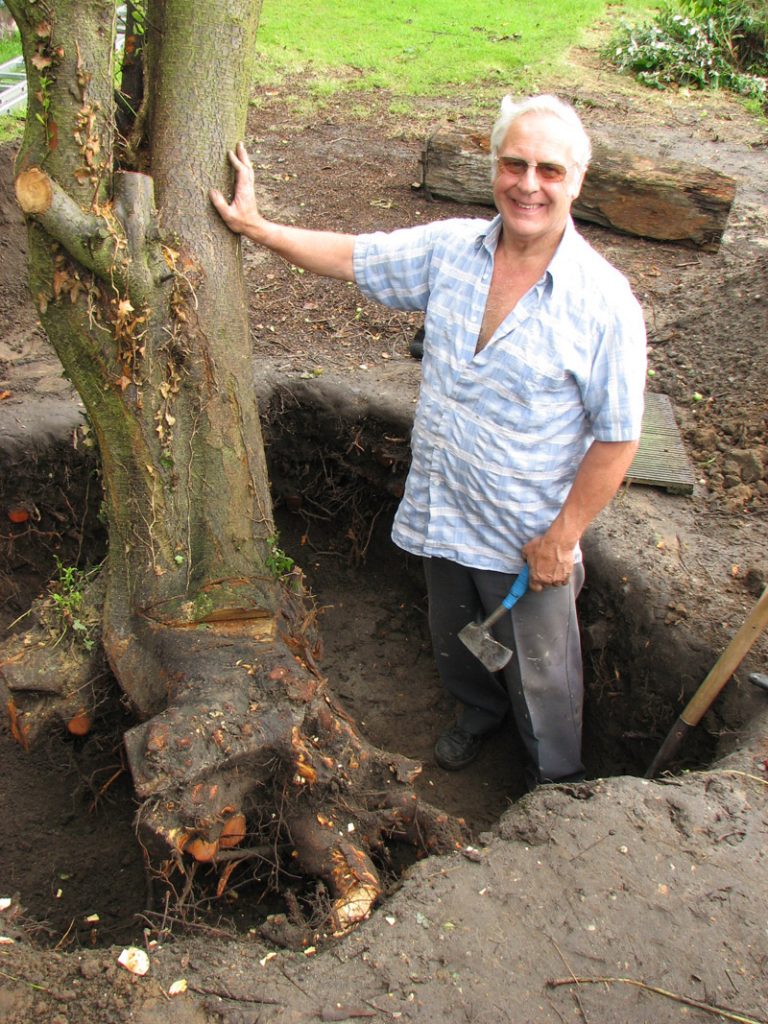 Having done the elms, Dad fancied having a crack at this old plum tree. 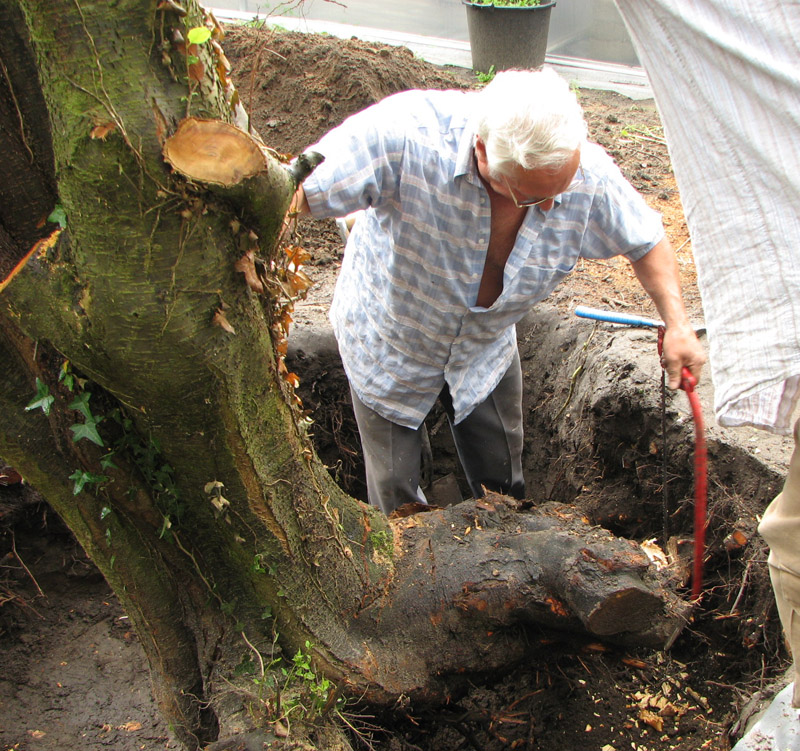 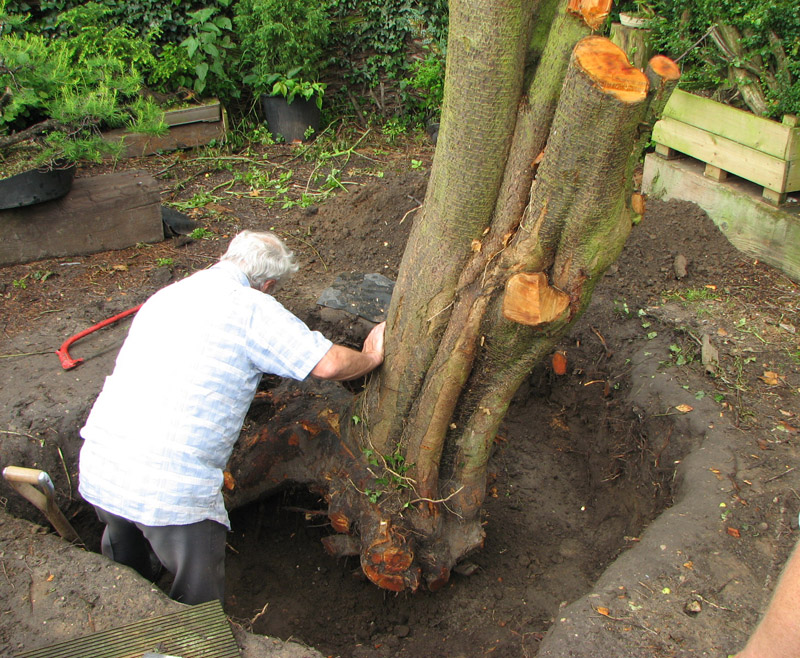 Diggers are for wimps!

General
Now That’s FUNNY
This Could Take Some Time