When you get through as many trees as we do in the course of a year there is a tendency to become decidedly unimpressed with a lot of it. This time of year I will be very happy to have cleared out all of our little Chinese elms. I started at 4am yesterday packing the things and didn’t get through until 7pm. I do understand that, to the recipient, the simplest of bonsai arriving can be a red letter day and I still remember the palpable excitement I felt when my first bonsai went on the windowsill twenty five years ago, but when you move more than a thousand bonsai a year it’s tough to get excited about all but a few special bits. That’s why I have come to love yamadori so much, there are never two plants the same.

A series of early mornings and late nights gave me the chance to get a very unusual yew whipped into shape recently. I bought this very old tree at a show five or more years ago. It quickly became obvious the pot was not exactly brimming with roots. That summer the tree went very backwards. A couple of years later the little thing was doing decidedly better and I sold it to one of my top guys. He then traded it back in against something else and I was right back where I started. This summer the tree took off like a firework. I only work yew in the winter and now was the time to get busy.

This is such an unusual shaped tree it was always going to be a challenge but then I get fed up with going through the motions with ‘standard’ bonsai. I hollowed out the trunk a bit with my new Little Terrier DH and then tidied up the remaining deadwood with our new blast cleaning set up. Add a little wire and, hey presto, one very unusual bonsai tree, or at least the beginning of one. Sorry you cant see the base of the tree very well in the pictures. I love little trees like this because they tend to annoy a lot of people who like a bit more ‘formula’ in their bonsai but I love this little yew (and annoying people) and it’s a keeper…..for now. 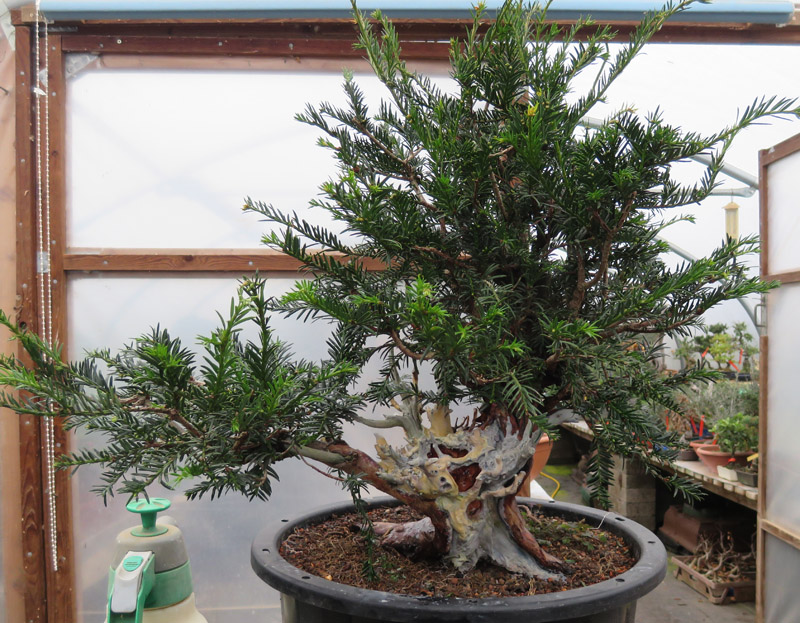 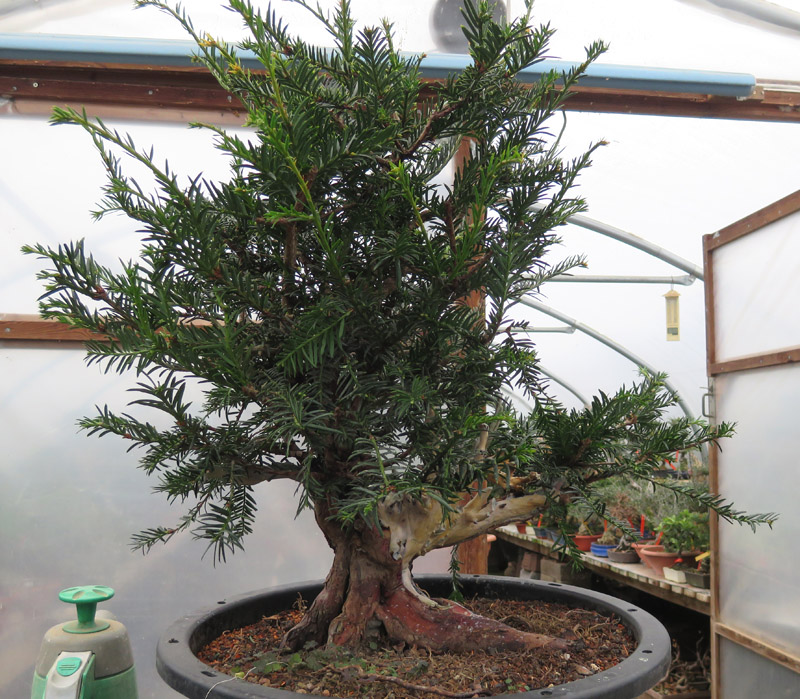 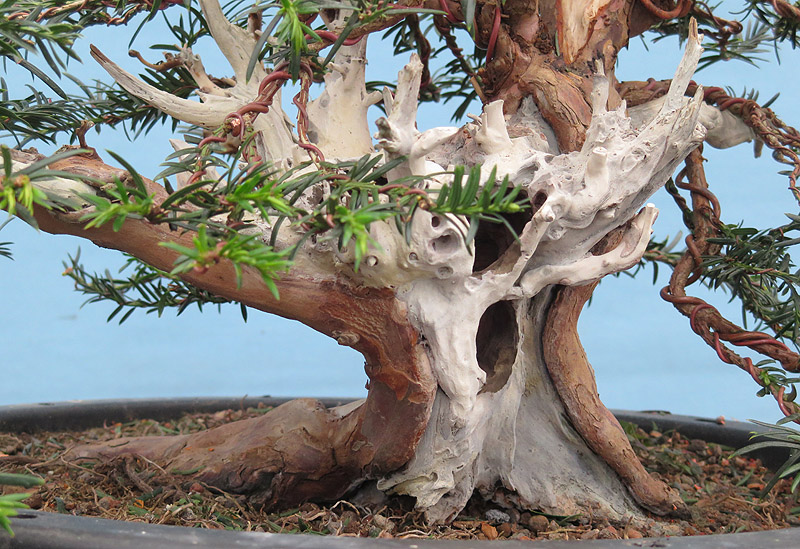 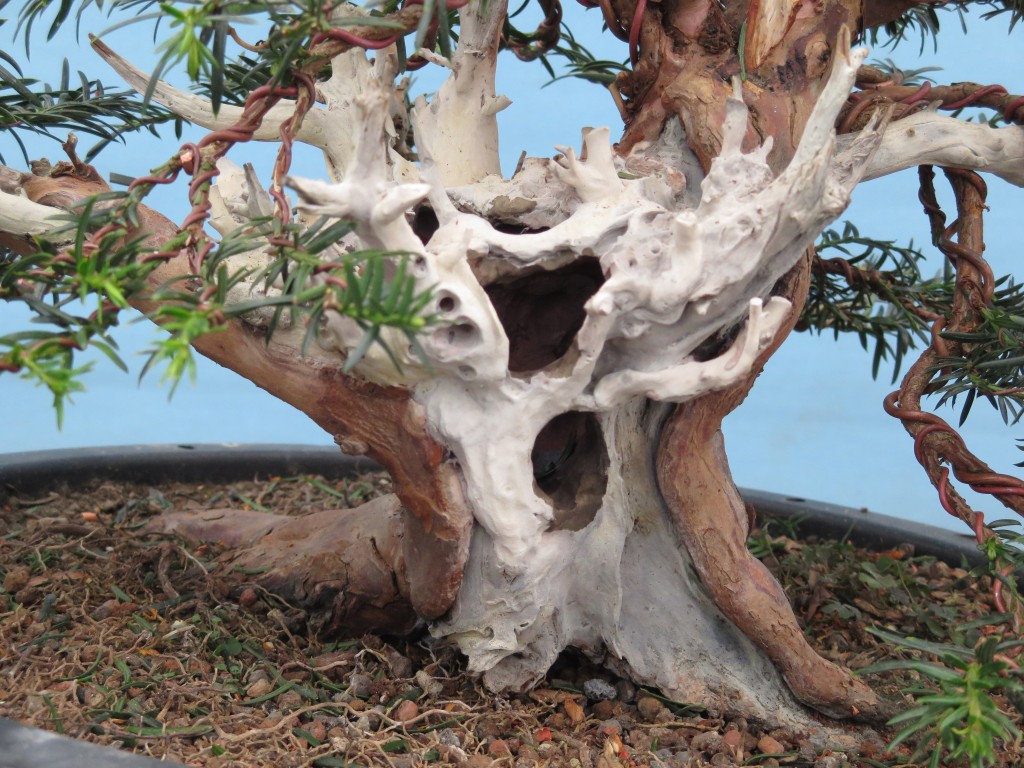 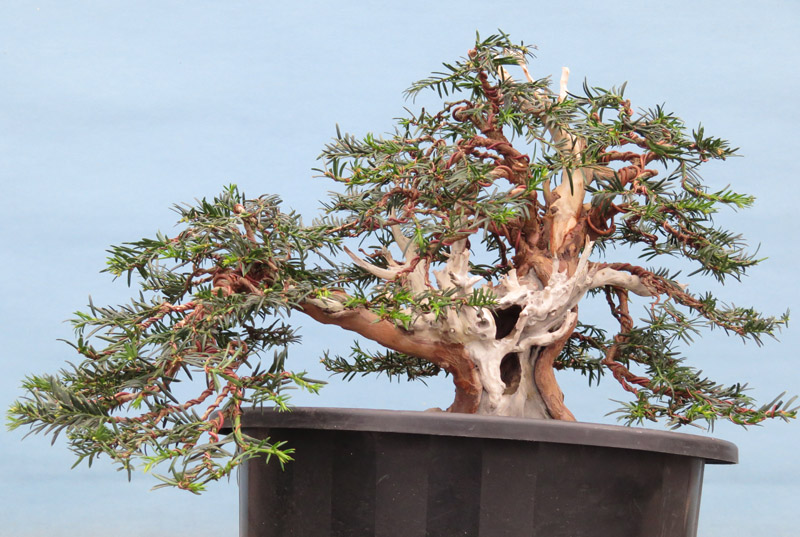 General
Help. What’s This?
That’s All Folks! An End of Year Ramble